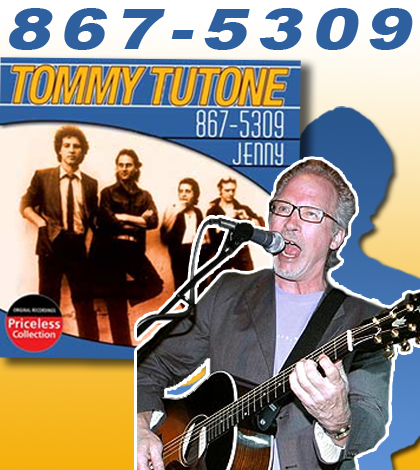 (OR: How Not To Act When You’re Pseudo-famous)

I’m not one of those people that likes to hate on bands or artists that are one-hit-wonders. In fact, I hate that brand of hater: “Oh, Survivor only had one hit!” Yeah, well – that’s one more hit than you had. I mean, I could be 85 years old and on my death bed, and if you ask me who did “Ice Ice Baby,” I’ll mutter “Vanilla Ice… white haired fella… think he went bankrupt or somethin’…” Even once the hype dies down, we remember a lot of these names for the rest of their lives!

SO – I’m not a hater! And I really do understand that if you’ve done one thing in your life that makes a huge cultural impact, it follows you around forever. The people I really respect are the ones that know what buttered their bread, and aren’t afraid to keep making toast.

Here’s a really messed up example: Remember John Wayne Bobbitt, the dude who’s wife cut off his penis and tossed it out a car window? We met him at a bar one night, and our first words were “Holy Shit, you’re John Wayne Bobbitt!” Our next words were “Can we see your Frankenweiner?” And by God, he showed it to us in the restroom. Because that’s his “hit!”

Now, on to what NOT to do: The WORST is these bands that begrudgingly play their big hit, and resent that you don’t want to hear all their amazing new shit. Listen Mr Artist: We didn’t buy the ticket to hear your new stuff, and you know it. We’re putting up with your new songs so that you’ll play that bad-ass rock anthem that we’ve banged our heads to for twenty years.

And just be cool, ok? The more obscure you are at this point, the cooler you ought to be: We met a guy at a small random Vegas hotel bar this past weekend. His name’s Tommy Heath. Big deal, right? Well, at one time, you probably thought his name was Tommy Tutone, cuz that’s the name of his old band. Remember that HUGE eighties hit, “867-5309/Jenny?” Otherwise known as “That Phone Number Song?” It hit #4 on the Billboard chart in 1982, and MTV played the video to death. Since then, Tommy’s had a second career as a computer guy, but who cares, right? He’s the 867-5309 guy! We were nice to him and he was a douche to us. It was a bummer! Nobody expects Tommy Tutone to be a douche, he seemed so cool in the video!

Billy Squire was another one. Hardly a one-hit-wonder, with huge songs from the Eighties, like “In the Dark”, “Everybody Wants You”, and of course, ‘The Stroke”. But when he fell, he fell hard – when was the last time you saw Billy Squire on tv? Bet it was a year who’s third number is an “8.” I do a rock morning show on a Southern California radio station, 96.7 KCAL Rocks. Billy, came in some years back to pimp his new record … We let him play a song or two that nobody would care about, and then asked for “The Stroke”. You’d have thought we asked to have sex with his grandma. Why? You’re HERE because of “The Stroke”! We know your NAME because of “The Stroke”! STROKE US!

The thing is, one-hit-wonder or no-longer-culturally-relevant people, you did something that has huge nostalgia for a lot of people, part of their youth. You don’t GET to be a douche, because it takes a cool memory and trashes it. Bring out your hit, and we’ll still appreciate it! Except for John Wayne Bobbitt’s schlong – coulda done without a visual on that one.