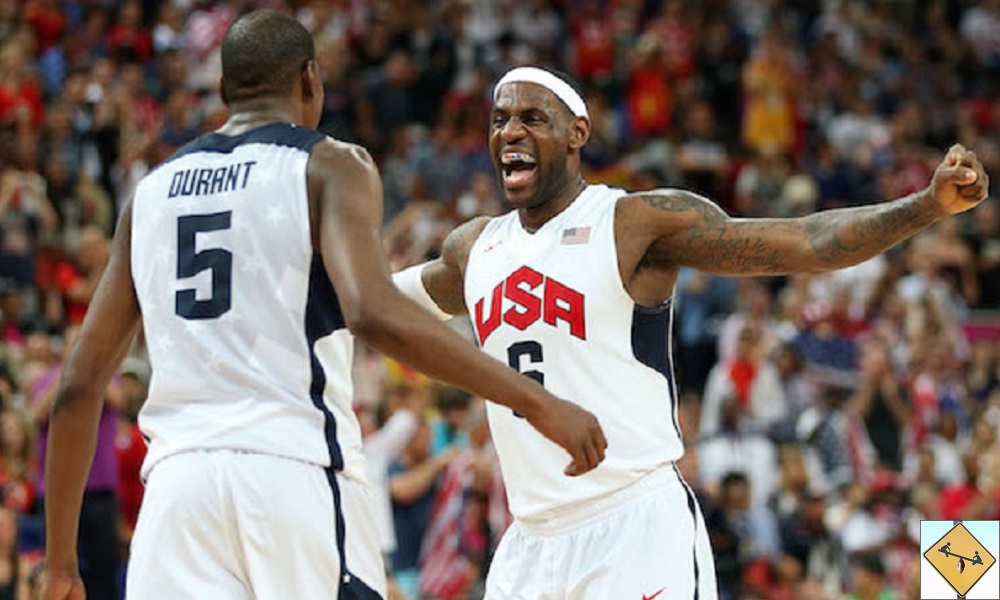 Olympic Basketball is adding 3-on-3 in three years, but how will Team USA Basketball play it? Go all out to win, or let the juniors have some fun? Sports debate.

In the 2020 Olympics in Tokyo, we will see 3-on-3 Olympic basketball for the first time. There is no reason to think this is a bad idea. It is simply another way of seeing the sport of basketball. The people in charge are not doing away with regular, full-court basketball. The 3-on-3 game is just adding to the fun.

However, the chances of seeing the best possible 3-on-3 games (i.e. using the best players) seem unlikely. In fact, three years out from the Olympic games, none other than LeBron James has already come out and said he is not going to participate.

Draymond Green also indicated that he thought the event worked best for amateur or unknown players rather than NBA stars like himself. This would seem to be a bad sign. We are not going to get the best 3-on-3 tournament possible.

The most likely scenario that comes from this is that NBA players are allowed to play if they wish, just like in 5-on-5. However, also like 5-on-5, the best players drop out. In the full games, we get a group of second-tier stars. For the half court contest, I imagine this will drop even further to some level of third tier or non-All-Star players. The USA version of this would still be good enough to win the gold medal, but it loses much of the luster.

What if we just sent college players instead? I know that is setting a seemingly random stipulation on our home country and no one else’s, but it’s 3-on-3 basketball, so who really cares? What if we sent a college lineup of Grayson Allen, Ethan Happ, and Miles Bridges? Or what about Joel Berry, Bonzie Colson, and Michael Porter Jr.? These guys are all going to be in the NBA by 2018 (if all choose to declare). There’s probably even better lineups that could be developed. It would be immense fun rooting for these squads to battle for a medal, as opposed to some combination of All-Star alternates from the association.

With that said, what would be your favorite 3-on-3 lineup for Team USA if everyone said they were ready and willing to participate? In the previously linked article about James, anonymous NBA players indicated that Kyrie Irving would be the best 3-on-3 player from the Cavaliers. But who are we kidding? Any team has to start with LeBron. From there, it’s hard to go wrong.

Three years from now LeBron James may not be the best player in the NBA and we will have at least three sets of rookie players who may become new stars to watch. But as of today, here is my perfect 3-on-3 lineup for Team USA Basketball.

This was a tough decision, because both Kevin Durant and Kawhi Leonard are phenomenal and deserving of this starting lineup. I just feel that Westbrook makes for a better 3-on-3 player in Olympic basketball, as he can easily take over a game and that’s what this type of contest is all about.

I’d love to see the best three USA basketball players compete like this, but we already have the best five USA basketball players competing together for a Gold Medal. Players drop out and its never our perfect version of players, but Olympic Basketball is wicked fun because it’s nearly the greatest combo of NBA talent from America all playing together. I don’t want the same guys in the 3-on-3 tournament because it would dilute the other version of basketball. This is a more intense game and you need separate rosters for it.


The perfect set of players for Team USA Basketball in a 3-on-3 competition are the under 25 guys of the NBA. All players under 25 years old are eligible for this new game. These players are not making the big boy team anyhow, yet they are more refined than college players. They are the best of the best of the college game, with NBA experience under their belts. This would include Lonzo Ball in three years, as he would have just finished his third season. Since NBA players are representing in the Olympics, it seems silly to then put college players on roster. Its Team USA Basketball, which is made up of NBA players. There will only be one Team USA, not two different teams for the two Olympic basketball competitions.