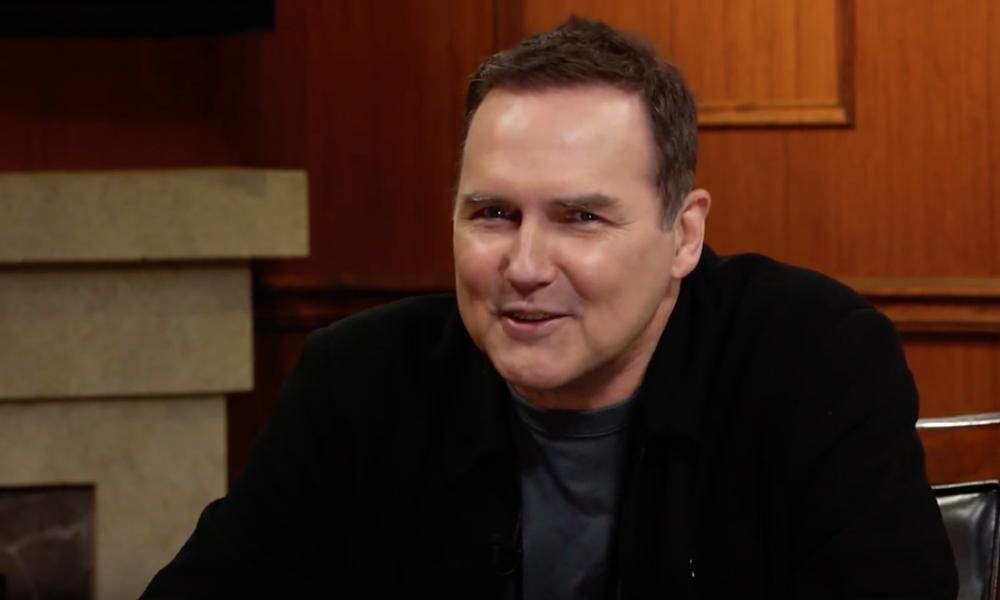 Earlier this month, Netflix released its newest talk show. Hosted by comedian Norm Macdonald, Norm Macdonald Has a Show is a boundary-pushing piece of performance art. It is not for everyone.

Norm Macdonald Has a Show is Netflix’s newest talk show hybrid. It isn’t for everyone. In fact, the show is likely for very few people. It is completely Norm though.

Calling Norm Macdonald Has a Show funny would be misleading. It isn’t a comedy show as much as it’s throwing out the idea of what a comedy show is supposed to be. Norm, as host, interviews famous celebrities in a two-on-one sit-down, accompanied by his associate Adam Eget. There are no skits; few stories ever get finished; no points are ever made. It is hardly a show at all, as much as witnessing a camera running while three people interact with each other. It is all right up Norm Macdonald’s alley.

ALSO ON BUZZCHOMP: How to do Commander Planks

Norm Macdonald is a legendary stand-up. In recent years, he had ventured into podcasting, essentially doing what this show is now bringing to a wider audience. Norm comes from the path set by David Letterman and classic talk show days. He isn’t interested in having fun with his guests. Or rather, he isn’t interested in making sure his guests have fun. Norm takes Dave’s desire to make guests the punchlines and mixes it with an unavoidable yearn to tell jokes.

The setup for Norm Macdonald Has a Show seems like a normal talk show. Stories are begun, referencing interesting things or ideas. Thoughts get unearthed, but nothing is ever brought to fruition. Norm won’t allow it. The jokes are more important, leading to Norm constantly interrupting his guests, occasionally in the middle of actually interesting stories, to get his jokes told. They are occasionally funny and often biting, but their point is clear. Norm Macdonald has a show so Norm Macdonald can perform, with everything else being secondary.

In the middle of Drew Barrymore telling a tale about eating odd food, Norm interrupts. He too has been in that situation, though not really. In Bangkok, he was forced to eat monkey brain. Barrymore, always the kind soul, engages and asks him how it was. “Well…mine was stupid.” Norm never has a point other than to tell a joke.


This isn’t to say the show is bad. In fact, it is oddly compelling. Though it is completely off the rails, there is structure to it. Norm, Adam, and the guest stroll out, with the latter not being sure if the show has begun. A talk show kind of unfurls and Norm taking breaks that don’t exist, which the guest isn’t totally sure about. In episode one, David Spade – perhaps in on the joke but perhaps not – continually grows angry with not knowing whether or not parts are being filmed. Interruptions, cut to Adam for something inane, interruptions, etc. Everyone reads prepared jokes that are normally awful. Then Norm and Adam sing at the end because of course they do.

There really is no point to this show, which is likely how Norm Macdonald wants it. It is hard to tell how much of this performance is genuine and how much is completely fabricated. Is the entire thing to poke fun at the talk show genre itself, and all the guests are in on it? Does Norm genuinely revere Johnny Carson and Letterman, and this is just the best replication he can muster? I think the truth grabs parts of both. He is poking fun at the entire genre, but he does idolize Carson and Letterman. Us viewers reap the rewards of his scatterbrained humor. The only people who suffer are the people doing him a favor: the guests who agreed to be on.