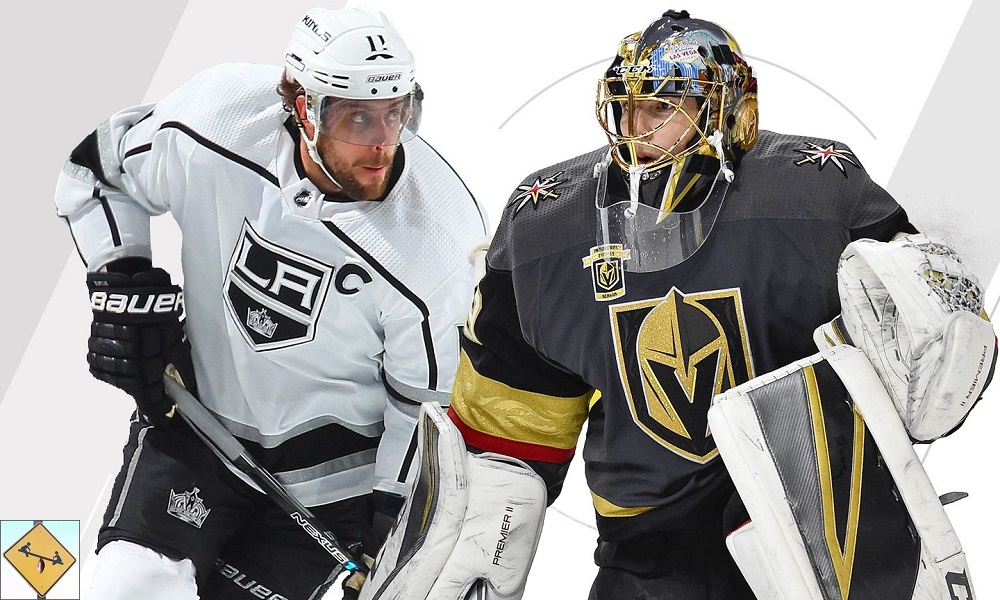 Every sport wants parity, but most don’t ACTUALLY want it. NHL parity is king and unlike its rival leagues, hockey is thriving because of it. Just look at the Stanley Cup Playoffs.

All sports strive for and claim success of parity. The idea of parity is good for the league at-large. It implies that many fan bases have a chance at real success each and every season. Baseball seems to be entering a time of non-parity, which could be just a coincidence. The NBA is notoriously low on parity, perhaps to its benefit. People whine about the same championship matchups over and over, but dynasties are good for interest, popularity, and long-term impact.

The NFL is quote-unquote the true king of parity. The league flips over with worst-to-first and vice versa stories seemingly each season. But the NHL gets left out of this equation. And hockey just wrapped up one of the most historic seasons for parity in our lifetimes. NHL parity is king.

The Winnipeg Jets accumulated 114 points in 2017-18. It was the second-most in the Western Conference. It was also the best season in franchise history by a wide margin. Winnipeg, previously the Atlanta Thrashers, had never reached even 100 points in a season.

That would have been the best story of the season, except it didn’t even register because of what the Vegas Golden Knights did in their first season of existence. The expansion franchise put up 109 points, won the Pacific division, and displayed the greatest expansion season by any team in any American sport in history.

But there’s more! The New Jersey Devils finished in last place in the Eastern Conference last season. One year later, they made the playoffs on the back of 97 points. And the Colorado Avalanche were the worst team in hockey by a staggeringly wide margin in 2016-17. This year, they grabbed 95 points and a playoff spot. The NFL can have worst-to-first divisional turnarounds, but the NHL puts the worst teams in the sport into the playoffs in one offseason.

This all begs the question, is that level of parity actually good for the sport? It tamps down popular teams and fan bases. The Chicago Blackhawks, the winners of the Central last year, caught a bit of Seattle Seahawks stink this year, as the salary cap and stagnation caught up with them. They went from first to last and finished with 76 points, their lowest output in more than a decade, even including strike-shortened seasons.

The Detroit Red Wings, perhaps the preeminent franchise of our childhood, made the playoffs for 25 straight seasons. They have now missed the playoffs two years in a row. The New York Rangers surpassed 100 points three straight years before dropping all the way to 77 here.

There needs to be some balance between every team having a chance before the year starts and casual fans being able to rely on certain squads being competitive. I don’t know what that balance is, but the NHL has veered too far in the former’s direction. The sport feels too fluky.

While sports like baseball and football need casual fans to care, meaning that MLB and the NFL require some consistency at the top, I would argue that the NHL has slotted itself into a niche which demands the opposite. Let me now include the NBA for a full look at the professional sports spectrum.

NHL – Niche league for hockey fans and diehards
Parity is great and a necessity!
NFL – A league for everyone who may even consider watching sports
Half parity and half dynasties please!
MLB – Appeals to baseball fans and the world at large, more or less
Dynasties please so non-fans care, but a little parity!
NBA – Appeals to basketball fans and the world at large
Dynasties and Super teams only please!

While the NBA needs super teams and dynasties to stay relevant world-wide, the NHL needs parity for local hockey fans to get excited. The sport does not truly appeal to a wide TV audience or sports audience. It’s akin to NASCAR or golf, which only crack the national and international spectrum when a single dominant player/driver/story steals the spotlight a la Tiger Woods. Sidney Crosby has done this to an extent in the NHL. But because hockey has become a niche sport and is thriving as such, the parity therein is great! Its stealing headlines now because of it!

The NFL uses parity to trumpet loudly, but the league needs a team like New England to be great each season. MLB needs someone like the Yankees to be great and/or the villain. I’m not sure the NHL needs this, because I don’t think it will crack relevance with such tactics. Its cracking relevance because Vegas had the best expansion season in professional sports’ history. Imagine if the Golden Knights win the Stanley Cup, how excited will everyone be about hockey? The entire country will care, at least for a day. That is great for the NHL. Parity is keeping the sport alive and well in its niche. Perhaps this was the plan, or perhaps its just luck, but the league is playing by its own rules instead of competing with sports it can never hope to conquer.