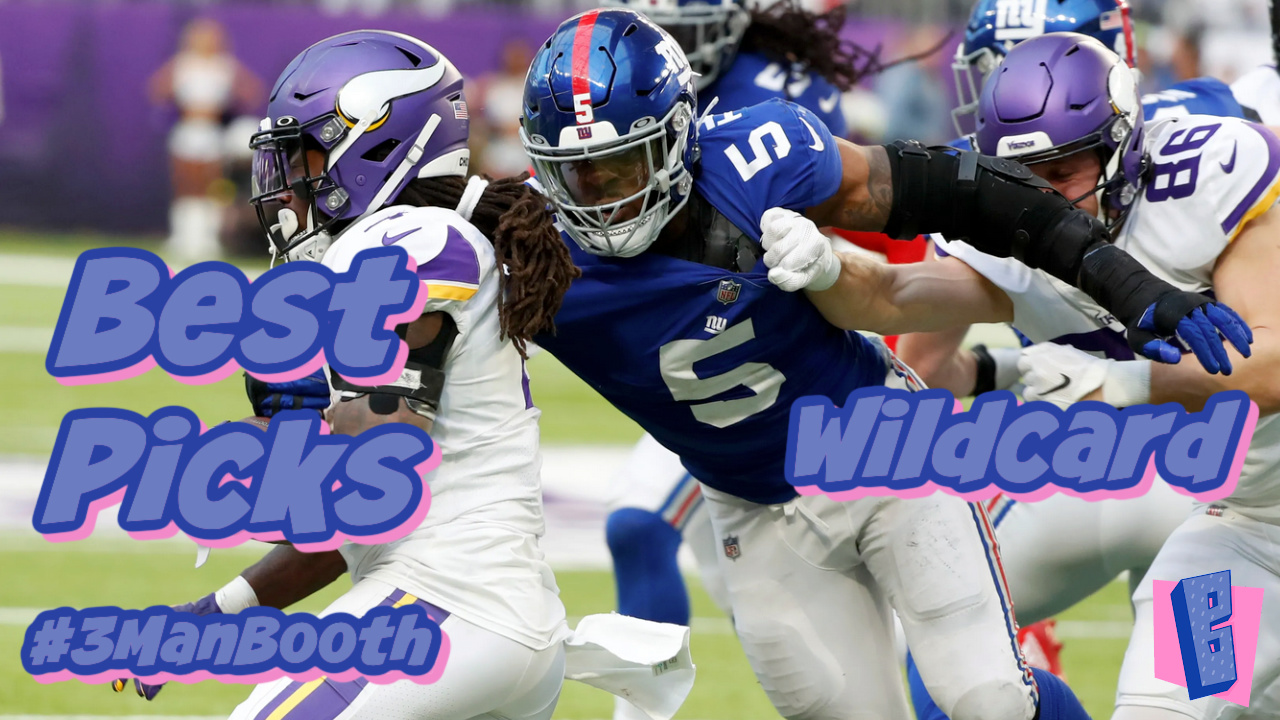 Don’t be blinded by favorites in the NFL Wildcard Playoffs, because several underdogs are great bets. Take the Giants and the points, plus get behind Buffalo and the Bengals. Your best picks against the spread.

Each week we have your best picks against the spread for NFL 2022-23. Lucky for you, we are pretty great at picking games… most of the time. Just don’t blame us if you lose money. Watch our top ATS picks, then watch our take on the New York Jets QB Decision, followed by the New York Giants playoff matchup. More than just football in your 3 Man Booth. It’s unfiltered, fan enraged, true hot takes on the NFL.

The NFL Wildcard Playoffs appear to be lopsided, but don’t be fooled. Not every favorite is a good bet. We love the Giants getting points, plus the Bengals and Bills dropping them. Your best picks against the spread.

The New York Giants are loose and healthy for their NFL Wildcard Playoffs matchup with the Vikings. Consider them all smiles, because Minnesota is tight and full of expectations. Will their perfect record in one score games finally get broken? The bubble is about to burst in favor of New York.

Also on BuzzChomp: Are The Minnesota Vikings, Good, Lucky, Or Both?

Your ‘3 Man Booth‘ is the only sports talk show that’s 100% football, straight out of the fan’s mouth. Dan Salem with Phil and Bud. Comment with your thoughts on the New York Jets and New York Giants. Will our suffering continue? Bud’s a pessimist, but this season he was uncomfortably optimistic… until he couldn’t be. Phil and Dan attempt optimism, but its so darn hard with these two football teams.