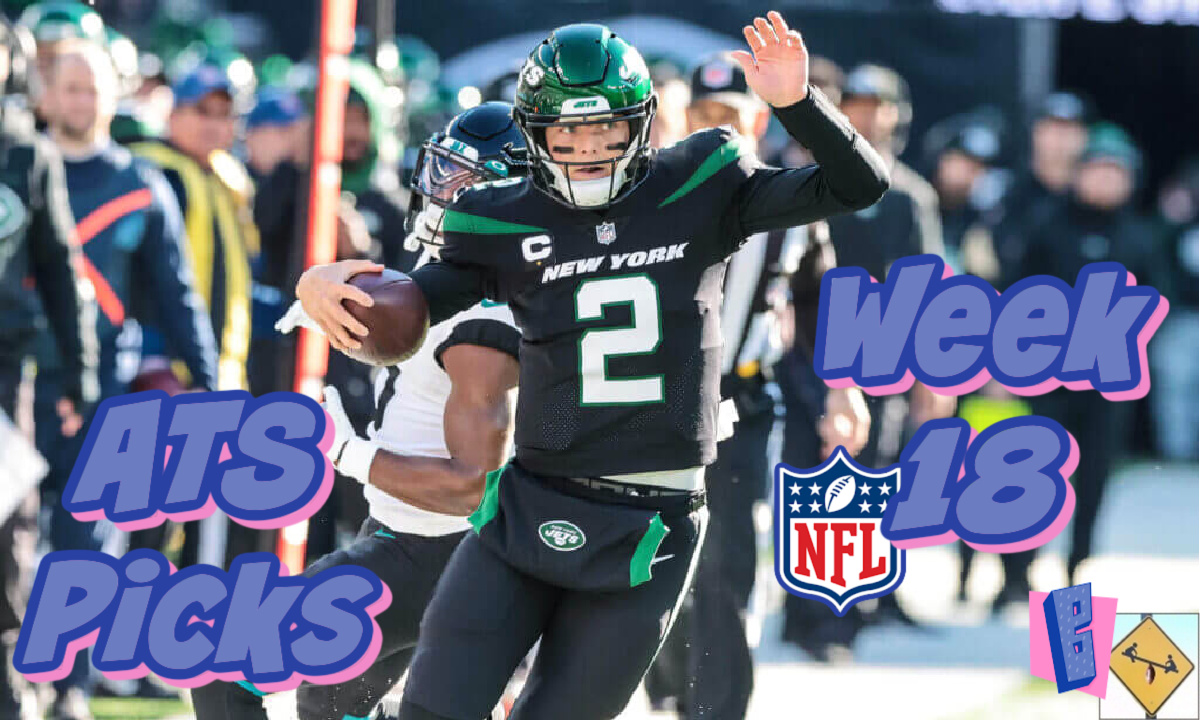 The first NFL Week 18 in existence has a familiar feel. Grab two teams who must win to keep playing, as well as the New York games. All other lines are dangerous. These are your best picks against the spread.

The conclusion to the NFL season is upon us. This 2021-22 season has, at times, felt like a glorious return, a slog, and even a random collection of events that led to final scores. Sometimes, the action reminded us of the good ole days (the timing of the good ole days depends entirely on how old you are). Other times, it made no sense at all. But, who are we kidding; nonsensical outcomes and inconsistent consistency is the name of the game in the NFL. This is especially true of NFL Week 18, the first one ever!

Inconsistent consistency is what this league is built on, regardless of COVID, scheduling, or anything else thrown in its path. We have just one week of regular season games remaining, with playoff implications, draft pick positioning, and pride on the line. Let’s get to it. Buyer beware.

Many teams have nothing to play for in NFL Week 18, while a handful are in must-win situations. The lines do us no favors, so we’re eyeing two sets of teams. AFC squads that need victory to advance into the playoffs, along with two homer picks. Each week, Dan and Todd will select two games against the spread. NFL Week 18 is the first one ever, but has a familiar feel. These are your best picks against the spread.

The Saints are still alive for the final playoff spot in the NFC. It will come down to them or the 49ers, needing SF to lose. Atlanta is only playing spoiler here. Though the Falcons are just one game behind New Orleans, they have already been eliminated. But that sentiment is missing the chasm that exists between these two squads.

The Saints are a true playoff contender, despite numerous changes at quarterback throughout the season. The Falcons are one of the worst teams in the sport according to point differential. Only five teams recorded a worse mark than Atlanta’s -136 differential. Thanks to a 7-2 record in one-score games, Atlanta’s 7-9 record seems much better than the team that has been put on the field. Even if New Orleans had nothing to play for, team talent would cover points here on the road. With a postseason berth still in play, expect the Saints to roll.

The AFC West has two teams among the slew of AFC contenders still vying for the final playoff spots. Chargers at Raiders is an old-fashioned, prove-it game. The better team wins and is in the postseason. Despite this game being in Las Vegas, there is one, blatant, clear “better team” in this matchup. For the answer, look no further than point differential once again.

Point differential doesn’t tell the whole tale, but when the gulf is this wide, it means something. The Chargers are one of eight AFC teams with a positive differential this season. The Raiders, on the other hand, sit at an ugly -68 for the season. They’ve won three games in a row, but by a combined total of nine points. This team is scrounging together all it can. Good for it, but LAC is on another level. The Chargers can reach heights Vegas can’t dream of. This will be the very last game of the regular season, yet it probably won’t be very enthralling.

Ride or die. I’m going all-in on our two New York teams this week, picking opposite sides of each game. Granted, my season has been nearly as rocky as the Jets real life counterpart. But New York nearly defeated Tampa Bay last week, losing on a classic Tom Brady two minute drive. The Jets won the week prior and looked pretty good in a loss the week before that. This team is playing slightly above average football.

Buffalo is very good, but this is not the mismatch from early in the year. The Bills may even rest some guys, considering they are already in the playoffs after a grueling season. I expect their full squad, but they are not winning by three touchdowns. The Jets are playing well enough to cover with a 17 point lead. That is all that matters in their final game of a wild season.

The same can not be said of the New York Giants. They are not playing well enough to cover, despite Washington’s poor play these past few weeks. Chicago smoked the Giants last week and the Bears are not very good. Dare I say Washington is better than Chicago. Drop the points.

New York has been playing backup quarterbacks for weeks and their former stars who are on the field are barely good right now. This line should be more like 14 points, so I’m riding with Washington against the worst team in football. I’m not sure the Giants could beat the Jaguars right now.