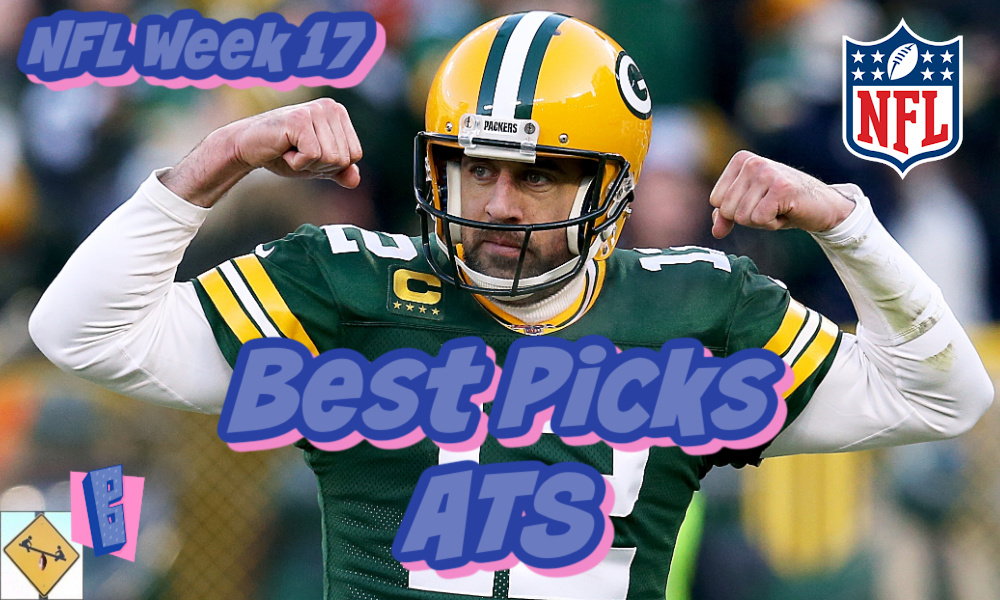 NFL Week 17 is the wildest of the year, so thankfully we’re locked in with winning seasons. Dan and Todd have your best picks against the spread (ATS). Four teams worth wagering your house… just don’t bet that much.

We are limping to the finish of the 2020 NFL season, a la the Los Angeles Rams. A good NFL Week 17 can still make us a playoff team, but we had much higher hopes just a few weeks ago. And this is not how we wanted to enter Week 17, specifically because it is so hard to predict. Think slot machines in Vegas, because who knows what will happen.

Who is playing for what? Who is benefited more by resting than altering playoff positioning? Luckily, NFL Week 17 won’t determine whether or not we each finish the regular season above .500 ATS. That is already locked in thanks to our fantastic first halves. These are your Best Picks Against the Spread (ATS) for Week 17 of the NFL 2020 season. All lines come via Odds Shark, which compiles the complete list of Vegas Sports Book betting lines.

Miami burned us last week in yet another game where Tua Tagovailoa got replaced. The offense continues to sputter in spots. But I am hopping back on because this line makes no sense. Everyone agrees Pittsburgh has nothing to play for and may rest its starters, which is why it is more than a touchdown underdog against an opponent trying to make the playoffs. Aren’t the Bills in the exact same spot? They too have a 12-3 record with nothing to play for and are facing an opponent trying to force its way into the playoffs. Yet Buffalo is still favored by more than a field goal? I’m sure this line will shift wildly as the week goes on, which makes me glad to grab it now.

Green Bay holds pole position for the lone bye in the NFC postseason. If it wins against Chicago, the bye belongs to GB. Trying to hold off New Orleans and Seattle for that reward is enough, but the win could also knock Chicago out of the postseason.

The Bears have looked good recently, but call me a skeptic that Mitch Trubisky and David Montgomery are suddenly a fearsome offensive grouping. Chicago could still put up a good offensive showing in this game, but holding down the Packers is another story. To me, this game feels like the difference between a legit Super Bowl contender and a ho-hum, mediocre opponent, which is exactly what these two teams are. Chicago wouldn’t even be in the playoff discussion in the AFC. Lay the points with Green Bay.

This game would be for the division, if Washington played Philadelphia first. Unfortunately for both teams, that other NFC East division matchup is scheduled later. New York has struggled lately, but is still a very good defensive team. Dallas has looked good, but its defense is extremely vulnerable. Low and behold, the home team Giants are getting a field goal. Take the points, because both teams are pulling out all the stops to win the ultimate rivalry game that could decide the division title. My money is on New York.

The Colts screwed me in week one by losing to Jacksonville, but everything is dramatically different in NFL Week 17. Indianapolis is fighting to make the playoffs and playing excellent football. The Jaguars are locked in to pick number one in the upcoming draft, so technically they could try to win this game. But playing on the road against a vastly superior opponent will do them no favors. The Colts continue to decimate inferior competition and easily defeat the hapless Jaguars by over three touchdowns. Lay the points.