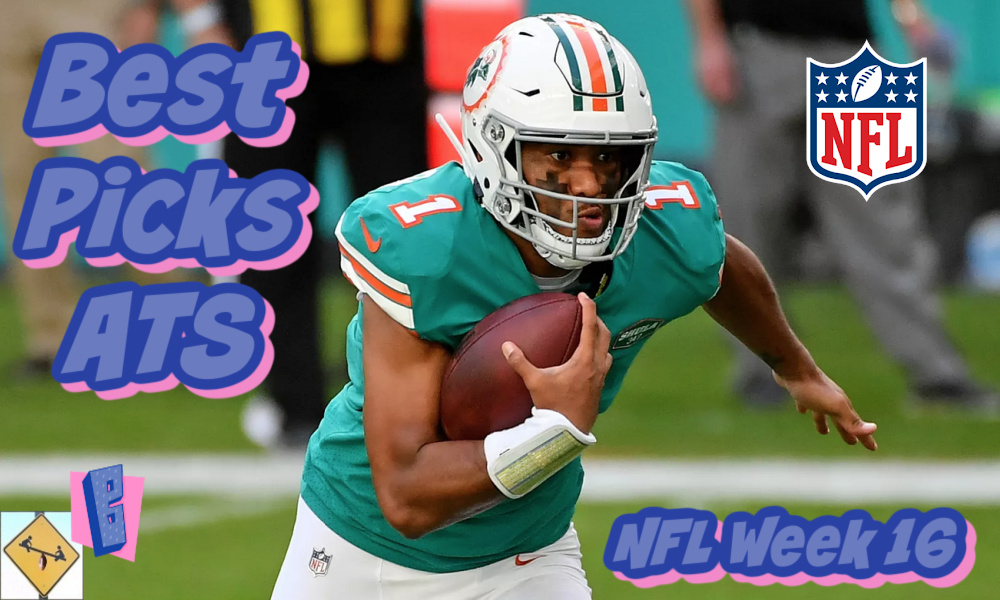 We must back the playoff teams in NFL Week 16 and give up points sparingly. Dan and Todd have your best picks against the spread (ATS). Four teams worth wagering your house… just don’t bet that much.

The Miami Dolphins are the best team in football against the spread, and it’s not particularly close. The Dolphins sit at 11-3 entering NFL Week 16, a full two games ahead of the entire rest of the league. The rest of the top of the ATS standings is a weird mix. A group of 11 teams sit with either 9-5 or 8-6 records. Of those 11, it’s possible that only four make the playoffs. We likely get a couple more, but that disparity between teams against the spread and teams in real life is what makes this endeavor so difficult.

The Kansas City Chiefs are the hottest team in the NFL, winners of nine consecutive games, as well as most people’s choice as best team in the league with no clear competitor. Yet the Chiefs resides at a humdrum 7-7 ATS, and that’s if you were able to hunt for the very best line last week and lock in a bet at -2.5. Dan wasn’t so fortunate.

With so much uncertainty in the final two weeks of the season, we must back the playoff teams and sacrifice as few points as possible. Less than a field goal is our best friend in NFL Week 16. These are your Best Picks Against the Spread (ATS) for Week 16 of the NFL 2020 season. All lines come via Odds Shark, which compiles the complete list of Vegas Sports Book betting lines.

I thought the 49ers were being overvalued last week against a very public Dallas squad. The same thing seems to be happening again in Week 16 against a less popular opponent. San Fran has been favored three straight weeks and lost all three games outright. It is 1-6 in its last seven ATS. And now this team is only getting four on the road against a playoff contender playing pretty good football. Is there something here about San Francisco playing in Arizona for its home games as well, so it won’t have to travel? That shouldn’t explain a spread this low.

I’m doubling up on NFL’s Saturday slate as well as dipping back into Miami stock. Miami has covered four in a row and nine of 10. The defense is good; the offense continues to show spurts. More importantly, like last week, this seems to be another case of inflating a Miami opponent. The Raiders have lost four of five and are no longer the playoff contender they pretended to be a month ago. Their defense gets shredded by everyone, and it will be hard to keep pace against the number one scoring defense in the NFL in Miami.

If you can’t beat them, join them. I’m piggybacking on the Miami Dolphins and giving up less than a field goal this week. Las Vegas is kinda sorta bad, but Miami has an excellent defense. Where are the Raiders going to find enough points to cover this spread? Miami may hurt my feelings as a New York Jets fan, but I cannot ignore how good they are, especially against the spread. Don’t be shy. The Dolphins are for real.

Another team that’s for real is Washington. They too have a very good defense and are currently in control of the lackluster NFC East division. Carolina stinks and is on a major losing streak. Where are the Panthers going to find enough points to cover this spread? Washington may be hurting at quarterback, but the rest of the team is playing consistently good football. Plus, they will be at home for this holiday matchup. This time of year, back the playoff team. That’s what Washington is right now.