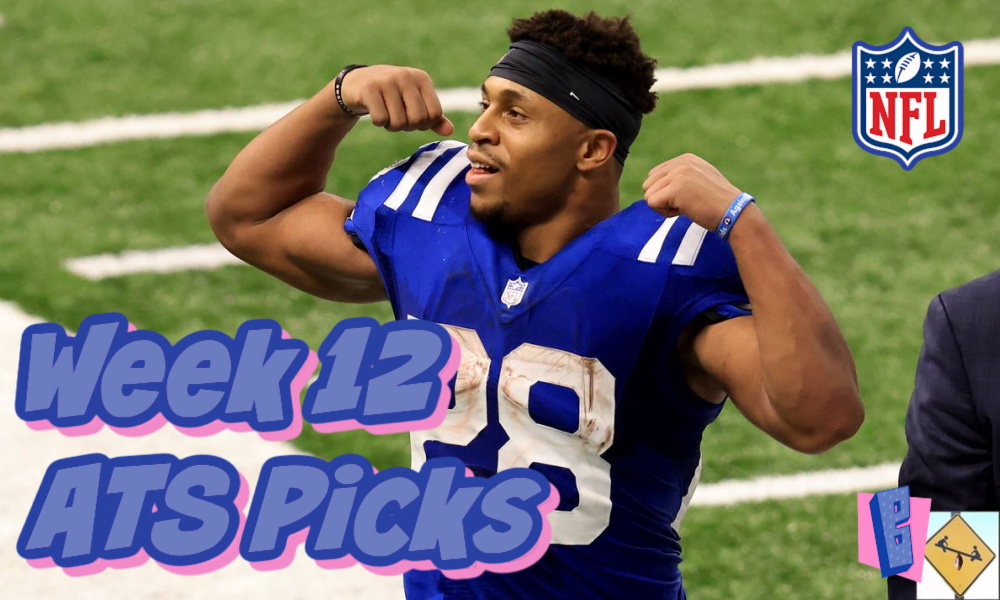 Avoid surprises in NFL Week 12 by picking against a few overrated teams. Take the points and win with the underdogs. Your best picks against the spread.

Surprises continue each and every week in the 2021 NFL season. First are showy surprises: Tennessee getting beat down by Houston; Indianapolis manhandling the Bills in Buffalo. The Titans were battling to be the best team in the AFC and somehow have two of the worst losses of anyone in the league. The former goes for the Bills as well, yet things have looked real ugly two of the past three weeks.

Then there are the under-the-radar surprises. Like how the two best teams in the league against the spread both lost by a wide margin. Green Bay was a road favorite and lost outright. Dallas was getting less than a field goal and lost by double digits. Even after Week 11 losses, the Packers and Cowboys remain the league’s two best teams ATS.

No one likes a surprise when betting NFL Games, so we are taking the points in NFL Week 12. Our AFC heavy slate of pics is pointing the finger at overrated teams who are not what they looked like last week. Home or away, we must start with a lead. Each week, Dan and Todd will select two games against the spread. NFL Week 12 separates the pretenders as more teams will be eliminated from contention. We are AFC heavy this week to round out your best picks against the spread.

Miami has already been a home underdog three times this season, going 1-2 thus far. This will be opportunity number four, and I like its chances. Cam Newton is getting all the publicity in this matchup, even as he couldn’t lead his team to a victory at home against Washington. But rather than Newton, it is actually the surging Miami defense that should be getting the love. The Dolphins have allowed 36 total points over their past three games.

Keeping that up would mean holding Newton and company to 12 points, which should lead to an easy home cover. Even if the Panthers manage more than 12 though, the Miami offense is slowly getting healthy and could win this one outright.

Between the popularity of the Patriots and the way Tennessee came out last week, I could see this line moving even higher. I’ll jump on it at plus six regardless. It feels like this current point in time is as high as things should get for New England and obviously sells Tennessee quite low considering the quality of its most recent loss.

But remember, after the Titans’ first embarrassing loss of 2021, they reeled off six straight and looked like the best team in the conference. Another rebound may not be in store, but we don’t need both pieces to happen. Either New England falls back to earth, or Tennessee rebounds, and I likely cover this one.

The team that has impressed me the most over the last month is Indianapolis. Their defense and running game are off the charts, which is exactly how you win with Carson Wentz at quarterback. If the Colts keep this up, they are easily in the playoffs and may even win their division. Now what exactly about the Buccaneers has been impressive this past month? Nothing.

Tampa Bay got a reprieve from its mid-season swoon by playing the lowly Giants. The Bucs don’t have a running game and are average on defense. They will not be able to stop Indianapolis, let alone throw enough to beat them handily. Take the field goal with the home team. The Colts are winning this game.

Here’s another overreaction to one week’s worth of football. San Francisco is not as good as Minnesota. They have been stumbling through their schedule, squeaking out a win here or there. The Vikings have been doing quite the opposite. They are playing winning football, only to find themselves losing more often than seems plausible. The better team prevails here in NFL Week 12.

This game comes down to the playoffs. Minnesota is a playoff team, while the 49ers are not. I’m not buying any kind of home field advantage here, so grab those points and ride with the superior team. This is where the Vikings separate themselves from the NFC pack. Its also when San Francisco falls out of contention.