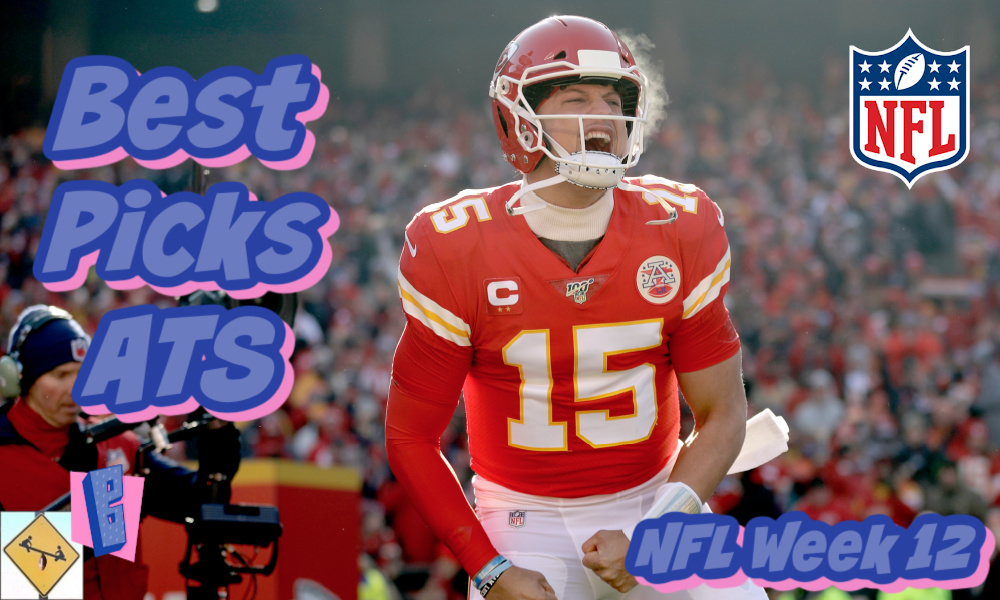 Road teams giving under a touchdown. Dan and Todd have your NFL Week 12 best picks against the spread (ATS). Four teams worth wagering your house… just don’t bet that much.

Heading into Thanksgiving week, NFL Week 12, we still don’t have a clear picture of the NFL. Perhaps the top two teams in the AFC are clear, but little else. Beyond Kansas City and Pittsburgh, there is a jumble of seven contenders offering little separation. The NFC is even worse. There are no top two teams to lean on; not even a top one. There is simply a mash of six teams vying for different divisions and wildcards.

Then there is the NFC East, where all four teams are terrible and within half a game of each other. It is marvelous. One team with a losing record will make the playoffs because the NFC East contains four of the five worst teams in the entire NFC. Someone is guaranteed a playoff spot, despite their inability to win. If we go by record against the spread, that should be the New York Giants at 7-3. (For real!) But we don’t, so they must play on.

Injuries are piling up and teams are beginning to feel the end of the season approaching like a freight train. Who can we rely on to win, because the lines in NFL Week 12 are slim. Road teams giving less than a touchdown is theme of our week. These are your Best Picks Against the Spread (ATS) for Week 12 of the NFL 2020 season. All lines come via Odds Shark, which compiles the complete list of Vegas Sports Book betting lines.

The Raiders are 4-1 on the road both straight up and against the spread; Atlanta is 1-4 at home in both instances. The Las Vegas offense has scored at least 30 points in three straight games; Atlanta has one of the worst defenses in the league. Julio Jones is banged up again, with the same hamstring issue that sidelined him earlier in the year. Looking at the Falcons’ schedule, they might not win another game this season. This is one of the “easiest” games they have left, and they are field goal underdogs in their own stadium.

Losing two of their last three, it feels a tad too strong to say the Buccaneers are in the midst of a slide. What has been obvious, though, is that the league-best defense that started the year has slipped the past month or so. Tampa Bay only gave up 27 to Los Angeles but got absolutely sliced all night. TB allowed more than it should have against weak Carolina and New York teams too, sandwiched around a demolition at the hands of New Orleans. This doesn’t look like the same defense. And in comes the most fearsome offensive unit in the sport. Tom Brady has had some shaky times this year on top of that, but even a solid Brady game won’t be able to keep up with KC if his defense doesn’t turn it back around.

No Joe Burrow, no problem for the well rested New York Giants. Cincinnati had a good offense, but even with their rookie quarterback in the lineup, this was a mismatch. New York’s defense has been playing better and better and the offense is no longer making mistakes. This has equated to some excellent performances by the Giants against potential playoff teams. Now New York gets one of the worst teams in the league, with an extra week to prepare. Considering the division is within reach, I expect a vintage game from the Giants. Give up those points. This one won’t be close.

After getting burned last week, I’m picking against bad teams in NFL Week 12. The Eagles are bad and appear to be getting worse by the week. Seattle is one of the top teams in a crowded NFC West and just so happens to have a tremendous offense. I don’t care if they can’t stop anyone defensively, because Philadelphia can barely score to begin with. I’m giving up five points in a huge mismatch. The only thing the Eagles have going for them is the fact that Seattle is flying cross country, but there are four quarters in a football game. No way Philly hangs with them for that long.