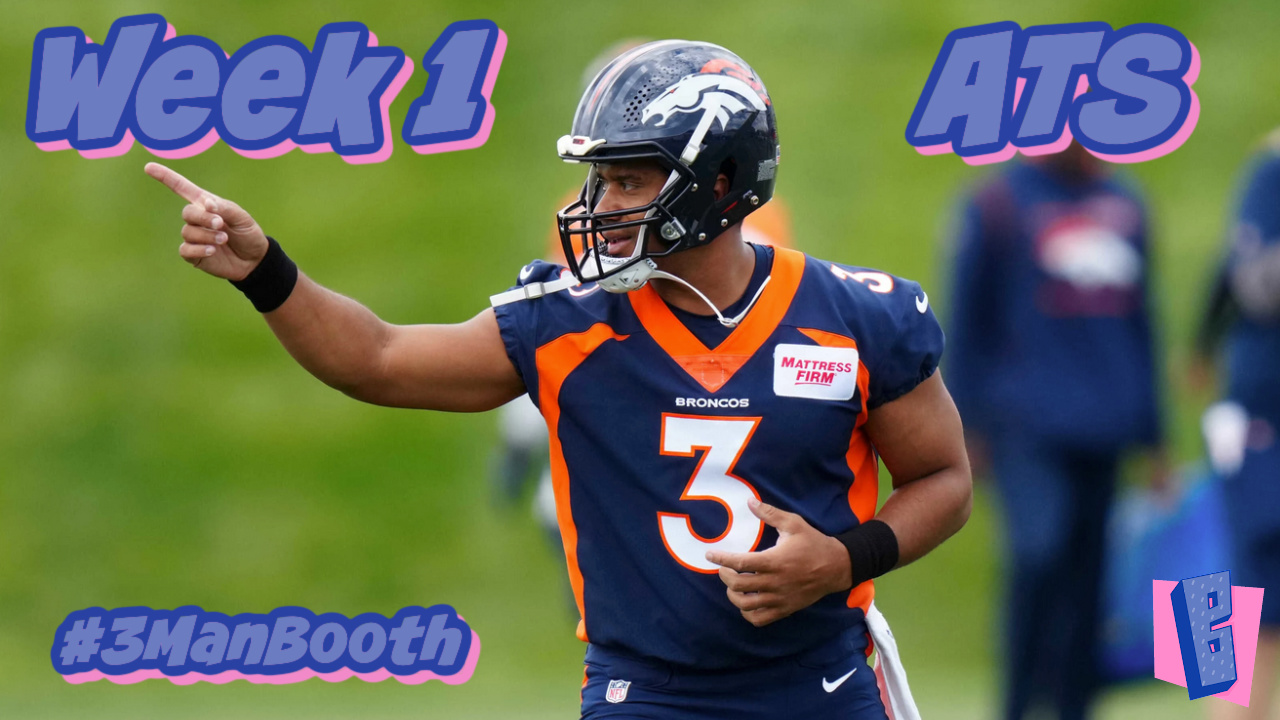 Only these matchups are worth your money in NFL Week 1. The Best ATS picks start in Cincinnati and end in Denver. Have fun and win big.

Each week we give you our six best picks against the spread for NFL 2022. Lucky for you, we are great at picking games. Just don’t blame us if you lose money. Watch our top ATS picks, then watch our take on the New York Jets matchup, followed by the New York Giants matchup. More than just football in your 3 Man Booth. It’s unfiltered, fan enraged, true hot takes on the NFL.

Two picks each for a total of six winners in NFL Week 1 best picks against the spread (ATS) 2022. The AFC Conference Champions are looking pretty fine, as are teams facing lowly Seattle and Washington. We are great at picking winners, just don’t blame us if you lose money.

They’re calling it a revenge game for Flacco and the New York Jets, but Lamar Jackson is really really good. But he’s the only really really good. There’s ONE WAY the Jets can win. If they control and make sure that Lamar stays in the pocket, then New York will have an opportunity to win. Because as soon as Jackson extends plays, that’s when the Jets defense will get in trouble. But if they can hold him in the pocket, good coverage downfield, the Jets have a chance. NFL Week 1 revenge game victory?