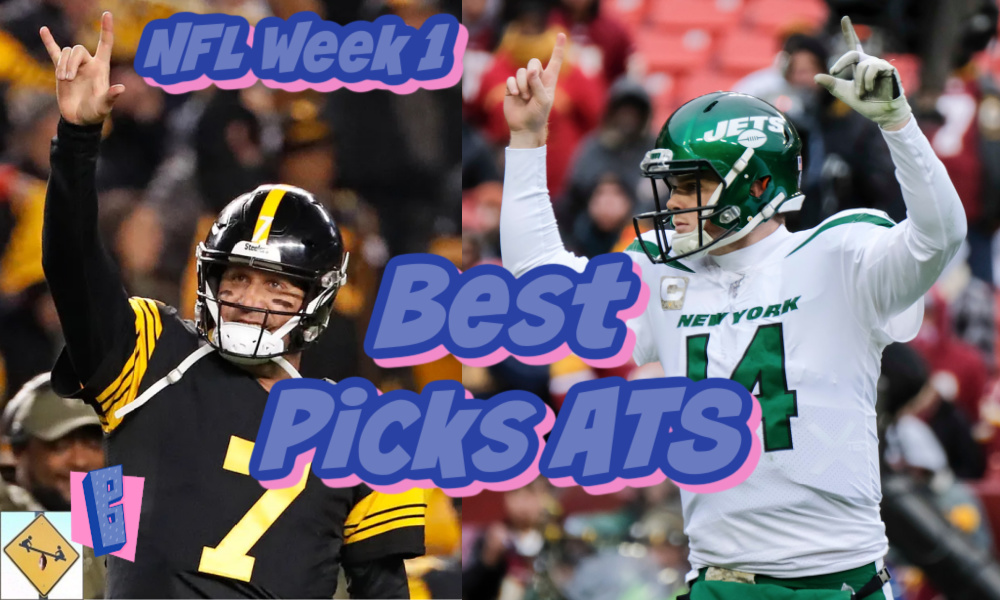 Our records are impeccable and after years of picks, our betting prowess comes to Hollywood. These are your NFL Week 1 best picks against the spread (ATS). Dan Salem and Todd Salem provide two teams worth wagering your house… just don’t bet that much.

Is it a cliche yet? This NFL season is not going to be like others we’ve had in the past. There is everything off the field that players and coaches will have to deal with while playing during the pandemic. There will also be the changes on the field, namely that no one may have a home-field advantage. This makes picking winners that much harder.

Past studies surmise that teams do better at home across all sports because crowds influence the game. This isn’t necessarily even referring to player performance, but that referees and umpires also are unconsciously impacted by a crowd. Just look at the current MLB season with no fans, where home-field advantage has decreased dramatically (small sample size alert) even though home teams in baseball have a literal advantage built in where they get to bat last. Where does this leave us for NFL Week 1?

More BuzzChomp: WTF Moments from the Raised by Wolves Premiere

We will find out some truth in football this season, because travel differences will be the only home-field advantage we see. If there’s no home field, how quickly does Vegas react? Have they already assumed less than the standard -3 for home teams? It doesn’t seem like it based on Week 1 lines. Even Vegas isn’t sure what to do with this season and the NFL Week 1 spreads reflect this uncertainty. This leaves one sound line of logic. Which teams are blatantly better than their opponents? We do have a few.

These are your Best Picks Against the Spread (ATS) for Week 1 of the NFL 2020 season. All lines come via Odds Shark, which compiles the complete list of Vegas Sports Book betting lines.

Early in the season, with not even preseason football to go off of, I’ll back a couple teams I’m much higher on than the average person. Those are the Chargers and Steelers. Neither line strikes me as a great bargain for road favorites, but if being on the road doesn’t amount to much, I am in good shape.

Even still, I think both LA and Pitt are comfortably better than their Week 1 opponents. The Bengals and Giants may be on the rise, but with brand new or newish coaching staffs, as well as brand new or newish starting quarterbacks, there will be growing pains. And with such a weird offseason, how can they possibly come out of the gate with all the answers? There will be massive mistakes made by Cincy and New York in their Week 1 games; it’s unavoidable. I’m assuming the road teams can take advantage and then just overwhelm with talent.

I’m also picking two teams on the road in Week 1, both of whom I’m higher on than most. The Green Bay Packers definitely over-achieved last season, but the same can be said of the Minnesota Vikings. Green Bay is the better team on paper entering the season , so getting a field goal on a likely neutral field is too good to pass up. I’ll back Aaron Rodgers with three points any week of the season.

New York is getting overlooked left and right leading up to the new season, but they are vastly improved from the team that nearly beat Buffalo in Week 1 of last year. The Bills added a star wide receiver, but I have not been impressed with their overall improvement as a team. I expect another close game and the Jets are getting a touchdown. Take the points.