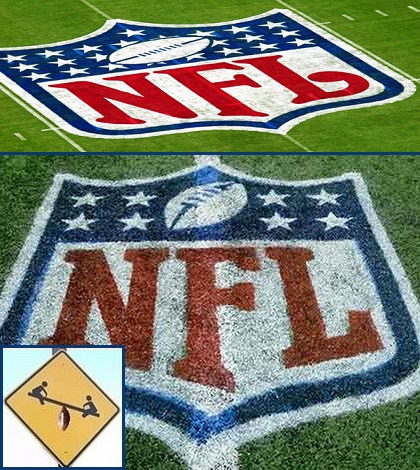 NFL Preseason takeaways range from completely ridiculous to factually incorrect. So instead of informative analysis, these are the real NFC story lines and takeaways from the NFL Preseason. Football is back, but not yet better than ever.

The NFL preseason is just barely underway. Before we get too deep into the games, it’s time to examine what we are watching for and what to keep an eye on when judging these games as they pertain to the regular season. Let’s begin with the NFC.

It’s easy to get bogged down with minutia during the preseason. If one player has one big game, it doesn’t mean they will become stars in the league. If a team goes 4-0 or 0-4, that also doesn’t much matter. Last year, the New York Giants and Minnesota Vikings both went undefeated then missed the playoffs. The Dallas Cowboys, meanwhile, went winless and ended up steamrolling through the regular season. Here are the real, actual storylines to keep an eye out for in the NFC.

Did Aaron Rodgers suffer a catastrophic injury that will sideline him for more than a month?

Did Russell Wilson suffer a catastrophic injury that will sideline him for more than a month?

Did Odell Beckham Jr. suffer a catastrophic injury that will sideline him for more than a month?

Did Chip Kelly release a bunch of black players while not releasing any white players?

Did Calvin Johnson suffer a catastrophic injury that will sideline him for more than a month?

Did Jameis Winston rape anyone or steal anything?

Did Nick Foles throw for at least 400 yards and six touchdowns per game in at least three games?

That’s my complete list. If anything else happens during the NFL Preseason, it’s not important and should be ignored.

Lots of fun story lines already this preseason, many too good to ignore. Tim Tebow returned to the field as a member of the Philadelphia Eagles, in what can only be described as a literal tryout for the starting quarterback job. The myth of what Tebow can be at quarterback is exactly what the Eagles want and need at the position. Yet that myth was never a reality, and the decent player that is Tim Tebow will likely not win the starting job. Here’s hoping he solidifies the number two position.

Tebow’s former team is also putting on a show of its own, as Geno Smith got punched, then appeared shirtless in a New York paper. If only Mark Sanchez had gotten punched after going shirtless in the press, things may have played out differently for the Jets. Regardless, it’s up to new Jets’ head coach Todd Bowles to eliminate the distraction at quarterback once again.

Several other teams made headlines at quarterback as well, but none so dramatic as you noted in your satirical take on the preseason. New England was chastised for playing Tom Brady at all, which is stupid. He’s the starter, so he needs to play at least a series. Both Jameis Winston and Marcus Mariota struggled, which isn’t news either. They are rookies and are going to have a serious adjustment period.

Your not so serious questions do beg some answers, so I’ll tackle them in order of importance.

First up is Aaron Rodgers, who will hopefully avoid the catastrophic injury you mentioned. Did Rodgers suffer a catastrophic injury that will sideline him for more than a month? No he did not, and I’d like to keep it that way. Same goes for Russell Wilson, Odell Beckham Jr., and Calvin Johnson, none of whom I’d like to see get hurt. Football is more fun with the stars, so lets keep those story lines dead.

The Chip Kelly racism debate is interesting, but not particularly funny. I’ll leave it at that. Jameis Winston’s history of misconduct is also not that funny. The downfall of the 49ers is kind of funny, so if another player retires, I will in fact chuckle. Nick Foles going all Nick Foles on us and putting up huge numbers would also be funny. Crazy fantasy football people will go draft him above Tony Romo, because they’re ignorant and put stock in preseason performance. What would also be hilarious is another dynamite season out of the Cowboys running game. I feel like the Cowboys are the ‘No Respect’ team in the NFC this year. What did they do to deserve the shaft?