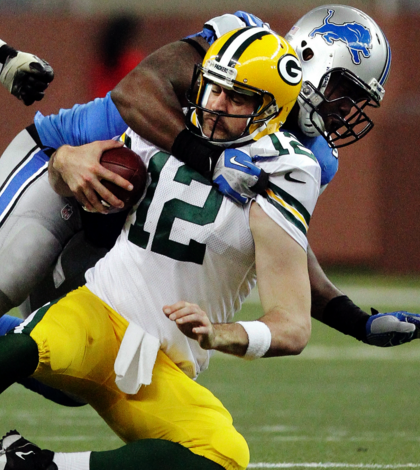 If you’re like us, then you’re still recovering from the pulse-pounding action of the NFL’s twelfth week. With great games like the Steelers versus Seahawks and Patriots versus Broncos, we don’t blame you for wanting more. Here it comes! NFL picks week 13 delivers with OMG can’t miss matchups.

Get it together people, because this week’s slate of games is off the hook. Which Week 13 matchup is the game of the week, and which will deliver the ultimate excitement? Here are your picks, so grab a beer and some pretzels. Its time for football.

This looks like a mismatch at first glance, but look again. The Green Bay Packers versus Detroit Lions is the Game of the Week. These two teams have records that are the inverse of one another, but that’s not the only thing that’s inverted.

Green Bay and Detroit have been headed in opposite directions lately. The Lions have won three straight games, including a huge victory over the Packers at Green Bay’s Lambeau Field. Detroit looks like a whole new team since making a coaching change, and their top defense from last season is finally showing itself. The Packers, meanwhile, have lost four of their last five games and the division lead in the process. Green Bay is certainly the better team on paper, but on the field you’ll find that it doesn’t quite work out that way. This renewed rivalry is guaranteed to be excellent football.

Last week the Seattle Seahawks appeared to finally find their offensive stride. If they can keep that up down the stretch, they’ll be a dangerously complete team, and one the Minnesota Vikings must fear. Yet the Vikings have been better, with their sights set on a division title. This is a must win game for both teams, as the Seahawks are fighting for a playoff berth of their own. At 6-5 in a crowded NFC, the Seahawks are the more desperate of the two teams, but that only makes things more interesting. Let’s call this matchup the best of Sunday, as its only second fiddle to the rivalry game above.

The Kansas City Chiefs have played their way into the AFC playoff picture, but the Oakland Raiders would love to kick them back out again, while improving their own playoff chances in the process. This rivalry game has a little extra juice, thanks to a tight and confusing AFC Wild Card race. In the top-heavy 2015 NFL standings, the bar for the Wild Card is much lower than usual. That means a lot of teams hovering around .500 still have hope for the postseason, including both of these squads. Only one will likely get in, if either play well enough to qualify. Anything can happen on Sunday, in this must win game for both teams.

Could this matchup be an AFC playoff preview? The Pittsburgh Steelers are holding strong in the Wild Card race, but they’d love to add a win to their resume, putting some distance between themselves and their AFC competition. Meanwhile, the Colts are fighting for their lives in the AFC South. The Houston Texans are surging, with both teams tied atop the division. Indianapolis can’t afford to drop any more games, let alone lose a tiebreaker to an AFC wildcard contender. Both teams need this victory badly, and a battle will ensue in prime time Sunday night.