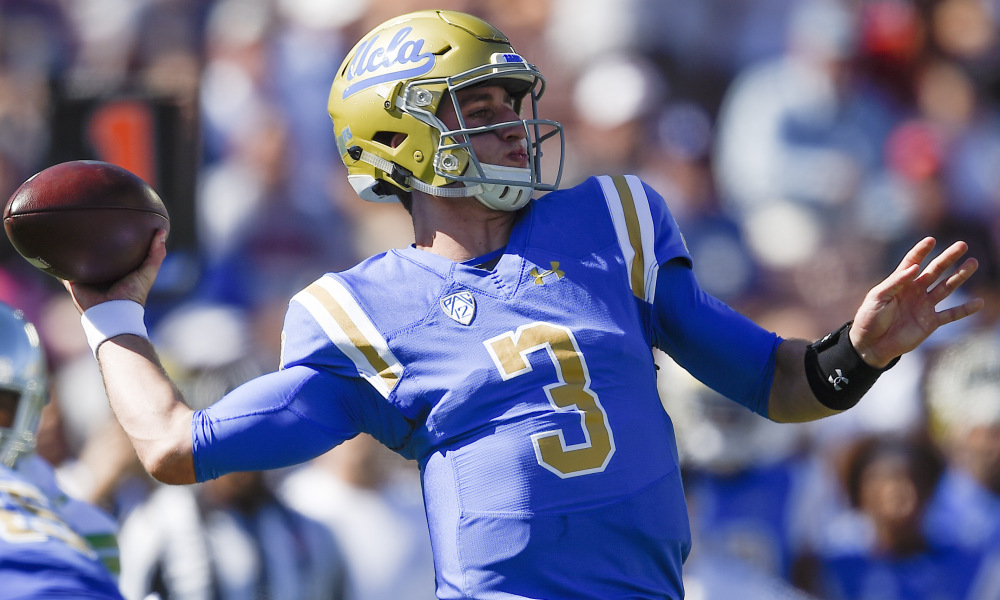 The NFL Draft is a time of misdirection and secrecy. The New York Giants appear to finally be on-board with this deception as it pertains to the second pick in the NFL Draft 2018.

No one outside of the NFL really knows what is going to happen during the draft each year. The reason is that all of the information dispersed throughout the media is some mix of lies and purposeful misdirection. Teams use the media and their sources to their own benefit, by throwing opponents off of the scent of coming moves. There is nothing to gain from leaking that a certain player is in their sights…unless it’s because a different player is even higher on their board.

The New York Giants seem to be one of the epicenters for misinformation this spring. New York holds the second pick in the NFL Draft 2018, and everyone just assumes they are going to take the second-best quarterback in the class, after Cleveland takes the top passer with the first pick. The Giants haven’t said they are going to do this, obviously. However, they have said everything else, which makes me think they are, in fact, going to do this. Sometimes, too much misinformation leads us right back to the actual truth.

New York hasn’t said it likes a specific quarterback in this class. General Manager Dave Gettleman has said it is an interesting group and the team will certainly scout and dissect all of the top guys, but that is it. On the other hand, here is a brief recap of news items that have come out in relation to the Giants and the second pick in the NFL Draft 2018.

Of course it would be. First of all, this is not a lie, just simple misdirection. Every team is open to trading any pick, if the return is high enough. Not being open to a trade is just foolish and stubborn. You don’t know what could be offered in return. This doesn’t mean the Giants want to trade the second pick, or that they are even looking into deals.

Of course he would be. He is one of the highest graded players in this class, regardless of position. He is thought of as the top offensive lineman in 2018. The Giants, coincidentally, need offensive linemen. This doesn’t mean the Giants are going to draft him.

Of course they may. Manning is the franchise quarterback and remains under contract. Webb was a rather highly drafted quarterback in his own right just one year ago. It would be idiotic to give up on him and waste that asset just because he was drafted by a different management team.

This doesn’t mean the New York Giants trust Webb to take the reins from Manning, whenever that may be. It also doesn’t mean either guy will be under center beyond 2018.

Of course he could be. He just put together a legendary combine performance after already being arguably the top-rated overall player in the draft. As NFL research describes, Barkley is stronger than Joe Thomas, quicker than DeSean Jackson, faster than Devin Hester, and jumps higher than Julio Jones. The Giants need a running back to boot. This doesn’t mean the team is even thinking about taking a running back this high in the draft.

Of course they may! No one has ever admitted this before, mainly because leaks in prior years have revealed who a team was targeting with high picks, which is just the worst outcome that can come of the draft process. Under no circumstances should anyone outside the club know where the brass’ head is at. At least the Giants finally understand this. Good thing everyone in charge from last year was fired, though now we know all of these other storylines are surely based on lies or, more positively, nothing besides conjecture.