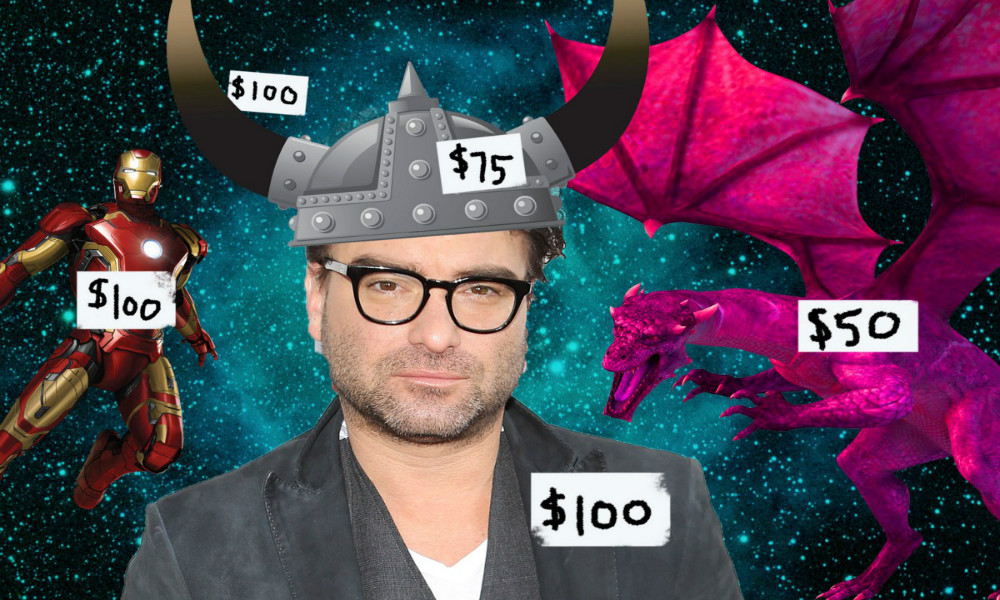 This week, “The Ringer” put forth the idea of creating and funding The Next Great TV Show. Let’s build it. Let’s play!

The idea put forth by The Ringer was developed after Variety released the salaries of the highest-paid actors on television. If Kevin Spacey costs $500,000, the thinking went, surely a better show could be created with Dwayne Johnson at $400,000 or Drew Barrymore at $350,000 and using that saved budget elsewhere.

ALSO ON BUZZCHOMP: Odell Beckham is Not the Problem for the Giants

Obviously that’s not how real television budgets work, but it is in this game! The Ringer outlined the rules for creating The Next Great TV Show:

The actor pricing was downgraded, but remains to scale in terms of the cost of one person versus another. The rest (settings, specials pricing, etc.) was determined by a very esteemed panel. Well actually, it all looks kind of random, but rules are rules! If you want Jim Parsons and dinosaurs, you won’t be able to afford much else. Check out The Ringer article for the pricing breakdown. Now onto my creation of The Next Great TV Show.

The Next Great TV Show:

My new show is called Benes. Perhaps you see where this is going. Set in New York in the 1990s, Benes follows the lives of three hilarious friends, with the show centered around Elaine Benes. We hire a name writer for this project, one Larry David. We also make use of an homage to Seinfeld with the stand-up cold open, mixing in both comedic acts of Kaling and Garlin.

The character of Elaine is older and wiser now, and she is also now the head of her group of friends. We have seen Julia Louis-Dreyfus carry a show for years now, so we know that is not an issue. There is perhaps no better comedic third wheel than Jeff Garlin. The heights that this show reaches will come down to Mindy Kaling and her ability to take a back seat to the Elaine character while also carrying plots for long stretches. The balance will be key; it’s something that the old Louis-Dreyfus did perfectly on the old Seinfeld as the younger Elaine.

With this purchase, we may even be able to talk with rules experts and save our $50 on other television intellectual property. I am not sure of the logistics of homages. There may be a loophole to exploit, in which case, an extra 50 bucks can be spent on a name-brand fourth neighbor. Also, it will be worth exploring whether having Larry David on staff as a writer would allow for him to make appearances in the show as well.

With the firepower of this group, Benes gets green-lit immediately. Its staying power would be determined by chemistry between the friends. That’s my pick as The Next Great TV Show.