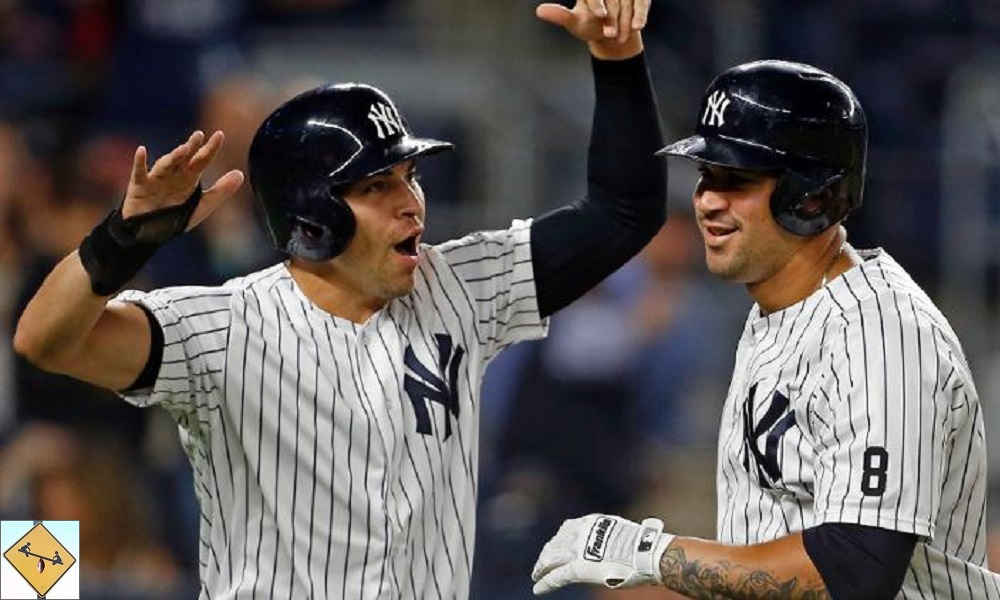 The New York Yankees are essentially rebuilding in 2017, but prior to the Gregorius injury the team had promise. What now? Will New York’s MLB season include the Playoffs?

The New York Yankees play the first baseball game of the 2017 season. They open with a Sunday afternoon game against the Tampa Bay Rays. One player who will not be on the field is Sir Didi Gregorius. The shortstop is going to miss a month or more of the MLB regular season. He was injured during the World Baseball Classic. This puts a damper on the beginning of the season for New York.

The Yankees are not expected to do much this season in terms of competing for a pennant. They may battle for a playoff berth like last year, but their main talent is still a few years away from the Majors. However, there was reason to be excited, and a lot of that had to do with players like Gregorius.

Him, Starlin Castro, Gary Sanchez, and Greg Bird form a young and special infield (along with Chase Headley because, I assume, Headley has incriminating photos of Brian Cashman). That quartet is just the beginning of what could be an All-Star group for years to come. Without Didi, some of the magic falls apart. There isn’t an immediate replacement for him beyond bench players. The star shortstops like Gleyber Torres and Jorge Mateo are still years away. That devolves an incredible infield into a bunch of questions. We assume Bird is going to be amazing, but we don’t really know. There is obviously a larger sample on Sanchez, but he hasn’t ever played a full season either.

In the outfield, the mix is more severe. Aaron Judge is the young hope. Jacoby Ellsbury and Brett Gardner are the Headleys of the outfield. Even if the lineup doesn’t hit much, it should be fun to follow at least. Judge, Sanchez and Bird alone warrant watching everyday.

On the pitching side, New York is less exciting and more injury-prone. The best prospects are not quite ready. It’s a weird place for the Yankees to be in. We are rarely a rebuilding club. The idea seems incredibly fun to fans not used to the details. Building around young talents and watching them grow is so rewarding. The only problem is the beginning, when guys aren’t even ready to grow in the Majors or begin that growth but struggle and get sent back down. The Yankees are in that first phase. It is technically fun but less so in practice with the season about to begin. Here’s hoping the infield bats pull their weight and then some.

Losing a player like Gregorius truly hurts the Yankees, but losing him for the first month of the season is probably the best case scenario. Savvy baseball fans know that April baseball may set the tone for things to come, but records over those first thirty days rarely mean much. Its May and June when teams lay the groundwork for a playoff run. New York’s infield will suffer without Didi, as will the lineup, but the Yankees can now use his absence in April to develop depth on their bench for the rest of the year.

As a fan I love the low expectations for our New York Yankees. But if I were a fan of any other team, or simply an aficionado of the sport, this phenomena would scare the hell out of me. New York’s young players nearly all looked great across the board during spring training. No matter what level they begin the season at, each one of them has the potential to be called up in August or September of THIS season. The majority will see major league action in 2018 at the latest. Now I must slow down my excitement, because player development is fickle and injuries happen and skills don’t always blossom as expected. Yet I can’t help but blush with excitement for what is possible here in 2017 DURING the rebuild.

The lineup you rattled off will be very good. I’m not sure what Headley has left, but a midseason upgrade is likely if he struggles at the plate. The age in the outfield is unpredictable, but Gardner is still playing at a high level and if Ellsbury is ever going to have another all-star season, its probably now. There is literally no pressure on him or this baseball team. Do you recall how well New York performed last August and September when the pressure came off and the expectations disappeared? The Yankees nearly climbed out of an incredibly deep hole to make the playoffs.


Here in 2017 the New York Yankees begin the season with no pressure and no expectations. They are ‘rebuilding’ and continuing what began at the trade deadline last year. Stress free baseball is successful baseball. I don’t have expectations for the Yankees because I really don’t know how good the pitching will be, but it would not surprise me in the least for them to make the playoffs. It would be a classic Yankee move to ‘rebuild’ and also return to the postseason in the process. Talk about pissing off the rest of baseball!