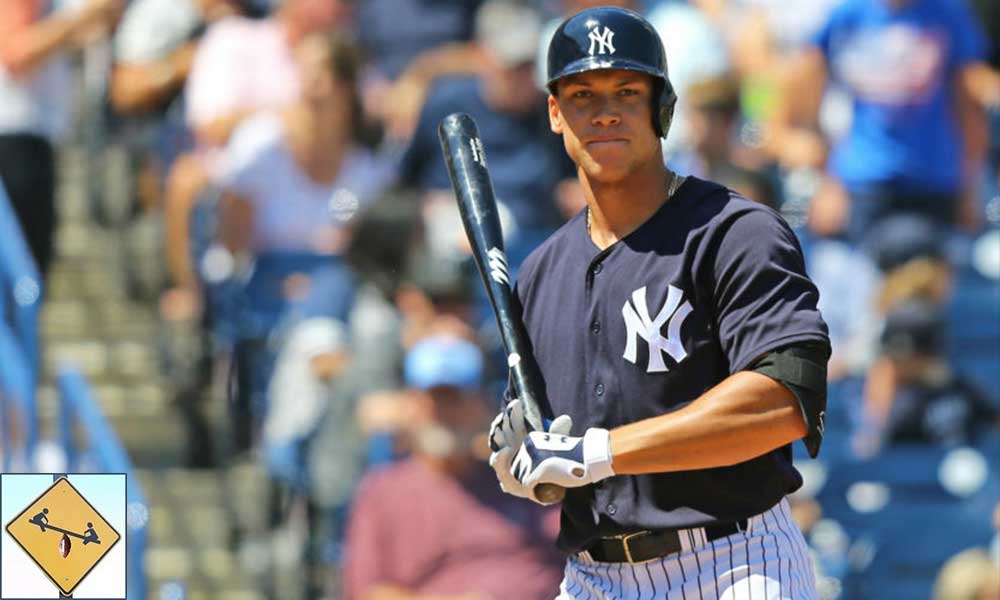 The New York Yankees are at the very top of Major League Baseball in 2017, but are these Yankees real or phony? Are they playoff bound, or bound to stumble? MLB debate.

This morning in mid May the New York Yankees sit half a game out of first place in the AL East and that same half game away from having the very best record in all of baseball. Their +55 run differential stands alone in first place in the league already.

The only problem with this scalding hot start is doubt that it will continue. Prior to the season, most projections had the Yankees missing the playoffs and hovering below .500 on the year. An 81-81 record would be considered a success in 2017. The team is rebuilding with young bats and had a shaky starting rotation…or so we thought.

So then, with one of the best clubs in the sport through a month and a half, what’s real and what is fake with New York?

On offense, all of Aaron Judge, Starlin Castro, Aaron Hicks, Matt Holliday, and Brett Gardner have an OPS over .800. Jacoby Ellsbury and Chase Headley aren’t too far behind. Judge actually leads all hitters in WAR, topping even Mike Trout, though the latter has missed a few games with injury. Despite the Yankees’ injuries to Gary Sanchez, Didi Gregorius, and Greg Bird, the offense has been prolific, but can it continue?

Judge is a rookie with fewer than 200 career at-bats. Hicks has never hit in his five-year career before this season. For real. His 2017 on-base percentage dwarfs any previous high slugging percentage he has had. And his 2017 SLG nearly tops any previous year’s OPS. He’s been unreal. Headley was on a similar trajectory before cooling off these past few weeks. I worry that a cooling off is in store for a number of these other guys.

Of course, that doesn’t mean the NYY offense will sour. Sanchez and Gregorius are still getting stretched out. Bird will be back from the disabled list hopefully in a few weeks. Those are three potential middle-of-the-order hitters who can take the place of declines from others.

On the mound, the bullpen has been one of the best in baseball. Surprisingly, though, the starters have held up as well. New York ranks above average in starter ERA and top-10 in batting average against. Even still, this remains the concern of the squad. If anything was going to fall apart, it would be the starting rotation.

We have already begun to see cracks. CC Sabathia is getting rocked after a very nice start to the year; Michael Pineda continues to be victimized by the home run. Of all pitchers who have allowed at least eight HR’s on the year (22 guys in total), Pineda is the only one giving up an opponent OPS below .730. And his opponent OPS is waaay below, at .669. Pineda is so good, yet allows home runs to continually submarine his career. He ranks in the top 30 among all qualified starters in OPS allowed, yet also tied for 10th worst in HR. It is hard to understand.

Luis Severino has also been beaten up by home runs, though he seems to be breaking out in 2017. Of course, any fall-off makes this rotation scary ordinary. Even Masahiro Tanaka has been up-and-down.

I suppose, from a zoomed out standpoint, I believe the offense is real and the pitching is not. Even if certain bats cool off, others should heat up, and this should (hopefully) remain a potent lineup for months. I love the bullpen but have no confidence this rotation will be reliable beyond Tanaka. A good way to look at is the Yankees have solid 1, 3, 4, and 5th starters but no arm who could be considered a number 2. That will come back to bite them as the season progresses and will look even worse if an injury creeps in.

Since you failed to make a judgment on the New York Yankees as a whole, I will clear things up for anyone wondering. The 2017 Yankees are for real. They are anything but phony. This is a bonafide playoff team, end of story.

Before the season I thought the young Yankees could all break out together and would play better as a complete unit. It was the pitching that would ultimately determine whether New York finished 81-81, or in the postseason as a true contender. Thus far in 2017, the Yankees pitching staff is pulling its weight. I expect them to continue to do so.

The Yankees had an excellent bullpen last year, so its little surprise New York’s bullpen is once again dominating. I’ve been impressed with the starting rotation, but because the lineup is producing at such a high level, there is more room for error among New York’s starting pitchers. They can and will continue to win games, but I also expect them to keep giving up the long ball. It will ultimately pull the Yankees a few games below the top of the league, but that’s a damn fine place to be.

This is a 90 win ball club and a lock for the American League Wildcard. The Yankees must add a fresh arm, a number two or three starting pitcher, by the trade deadline in order to actually win the AL East. This is very feasible, considering how much other clubs like Toronto are underachieving. Many teams will be in position to dump high salary players.


The final reason I believe in the 2017 New York Yankees has nothing to do with the team itself. A lot of other teams we thought would be contenders are playing bad baseball. This opens the door for a team like New York to swoop in. It also makes the Yankees look much more formidable. Don’t get me wrong, this Yankees team is really good right now. But only the Orioles, Astros, and Red Sox appear to be true road blocks at the moment. And even then, the road block is only one or two pitchers deep.