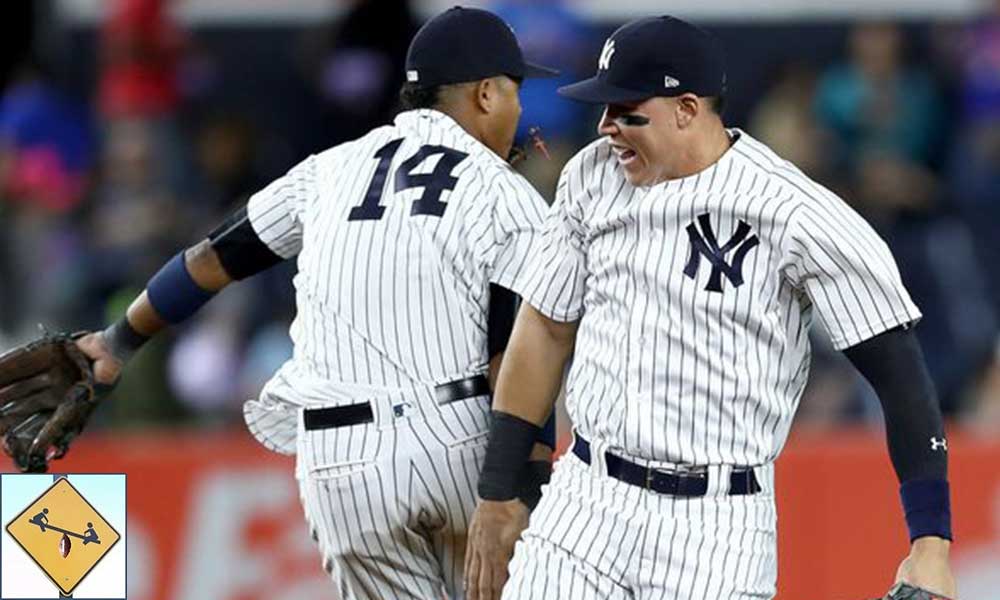 Owners of the longest win streak in Major League Baseball, the New York Yankees are playing like a bonafide playoff team. It’s not just the lineup; New York’s pitching is dominant.

After a 1-4 start to the season, the New York Yankees have reeled off seven straight wins, the longest current winning streak in Major League Baseball. It included consecutive sweeps of two potential playoff teams in Tampa Bay and St. Louis. It shouldn’t dampen anything that six wins came at home, and the team is 2-4 on the road thus far.

During this winning streak, the offense has picked up, but the pitching has been the real surprise. Michael Pineda is maybe finally putting it all together? Luis Severino is maybe putting something together?

ALSO ON BUZZCHOMP: Star Wars: The Last Jedi Tells All In Whispers

Pineda was victimized by some balls in play in his first start. Since then, he’s allowed three runs and eight hits in 14.2 innings. For the year, he has a 23-to-1 strikeout-to-walk rate, which is just insane. Of course, control has oddly not been his issue. Pineda has normally had good peripherals that didn’t translate to overall success. Maybe 2017 is the year. Or maybe it’s only been three starts.

The bullpen has been as good as advertised as well. The big guns at the back end hold down victories, but Adam Warren, Jonathan Holder, and Chasen Shreve have thrown 13 combined scoreless innings entering Monday.

On the offensive side, there is really no difference right now between Chase Headley and peak Lou Gehrig, except Headley is running more than the Iron Horse. Aaron Hicks and Austin Romine are filling in better than admirably; Matt Holliday has 10 walks in 10 games; even Greg Bird finally had a good night at the plate. Everything is going so well.

I don’t want to get ahead of myself, but if the Yankees win 157 straight games to close out the regular season, what do you think their chances are in the postseason?

One hundred and fifty seven straight victories for the New York Yankees likely ends in a World Series title. Cue the ticker tape parade! But in all seriousness, after a slow couple of games to start the year, New York has played well beyond expectations.

I personally expected our young players to excel at the plate, but even they have done better than I’d hoped. Aaron Judge is really putting it together, leading the team in home runs. His .250 batting average needs improvement, but we can consider his question marks a thing of the past. Other players like Starlin Castro have also been playing great. The Yankees rank first in baseball in on base percentage and are fifth in runs, batting average, and slugging.

When we set out to predict how teams would fare this season, it all came down to pitching for New York. Both of us figured the lineup would hold up its end, but now the Yankees’ starting rotation AND bullpen are dominating. Seven straight wins is a big accomplishment this early in the season. The Yankees are just a half game back of first place in the AL East! Fans can officially get excited. Its okay and its well deserved.


While its okay to get excited, April baseball is not necessarily any kind of indication of season long success. If a team is terrible in April, they likely will not rebound into the postseason… but it can happen. If a team is great in April, they will likely continue to play well… but not always. Despite historical April numbers, the New York Yankees are clicking on all cylinders. They are dominating and ‘rebuilding’ as only the Yankees can.