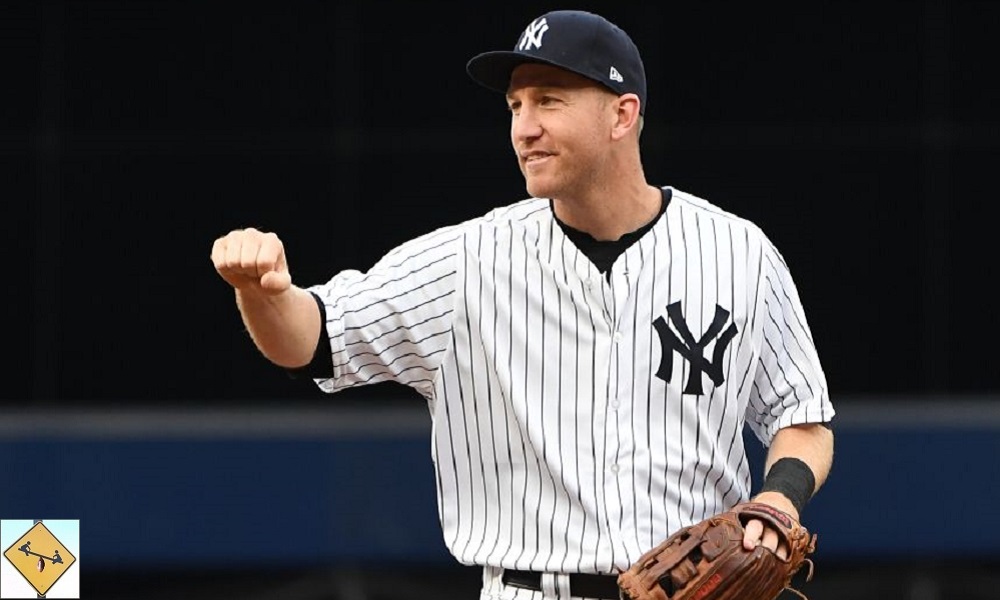 The New York Yankees have had an incredible offseason, but they’re still one player short for 2018. Holes in the infield and starting rotation won’t fill themselves.

Though the offseason has just begun, the New York Yankees have already made a plethora of moves that could be it for the team heading toward Spring Training. They made the monster trade with Miami for NL MVP Giancarlo Stanton to play outfield/designated hitter. The Yankees re-signed CC Sabathia for the back end of the rotation. They also traded away Chase Headley to free up money for the chase of getting under the 2018 luxury tax.

A lot of time still remains before next season, but if this is the complete team, what do you think?

As it stands, the squad feels one starting pitcher short. The rotation has five guys right now in Sabathia, Luis Severino, Masahiro Tanaka, Sonny Gray, and Jordan Montgomery. However, five is never enough, and the only depth comes from fringe, replacement-level guys. Throughout the winter meetings, New York was reportedly on the trade market for a young SP. Yeah, who isn’t? Names like Gerrit Cole and Chris Archer came up, as they have for a number of offseasons. It makes sense to acquire a cost-controlled arm if the return isn’t exorbitant.

The cost would come down to prospects, not money. The Yankees previously had a farm system coveted by all their friends that actually got better in a way after the Stanton trade. Suddenly, Clint Frazier, one of the team’s best prospects, became trade bait. There is nowhere for him to play at the Major League level even if NY is able to dump Jacoby Ellsbury elsewhere. Frazier would be stuck waiting for Brett Gardner’s retirement before a slot opened up. Now, if a starting pitcher could be had for him, it improves the entire roster.

Speaking of, the everyday lineup is a tad bare after these few trades. There is no obvious starting second or third baseman at the moment. The lineup feels potent enough, but you never like having holes in an American League lineup like this one could. Super prospect Gleyber Torres will take one spot when he is called up to the majors, but that may not be for the start of the season and still leaves another hole, even if he takes to hitting right away.

This all comes back to the Stanton trade: a deal the Yankees won so handily when it happened that they had no choice but to accept. But it did leave the roster with some slight issues. Pairing Stanton with Aaron Judge, Gary Sanchez, and the rest makes up for the problems created, but there are still problems. The deal wasn’t a perfect fit of need. It was more adding strength to strength to cover up future weaknesses. That isn’t a wrong plan necessarily, but Stanton can’t play infield defense.

I feel like we were saying the same things about the New York Yankees before last season, and it turned out pretty darn well. Their game seven loss to Houston aside, New York had luck fully in hand as their starting pitching achieved/over achieved and stayed more or less healthy. I agree that another pitcher is needed for depth, as well as to spell Sabathia in what might be his final season. But it’s not even 2018 yet, so even if the Yankees stand pat until Spring Training, they can feel great about themselves.

New York added both a starting pitcher and an infielder at least season’s trade deadline. Sonny Gray and Todd Frazier came to town and aided in the Yankees deep playoff run. The most obvious person to fill the current hole at third base is Frazier, assuming a contract can be agreed upon. If not that Frazier, then perhaps the other Frazier finds a place in the lineup. I’m not convinced Gardner will survive the 2018 season. He had an incredible year in 2017, bouncing back from a pattern of decreased productivity at the plate. He may not be an everyday player any longer, but the Yankees could use Clint Frazier and Gardner in a rotation. They have tons of options, considering the amount of power in their lineup.

We have witnessed many players switch positions over the years, so don’t be surprised if someone on the Yankees finds versatility before the 2018 season kicks off. Don’t be surprised if the New York Yankees snatch up a veteran infielder either, or as many arms as possible in the bullpen. Getting under the luxury tax is a great goal, but we know its second to a championship.