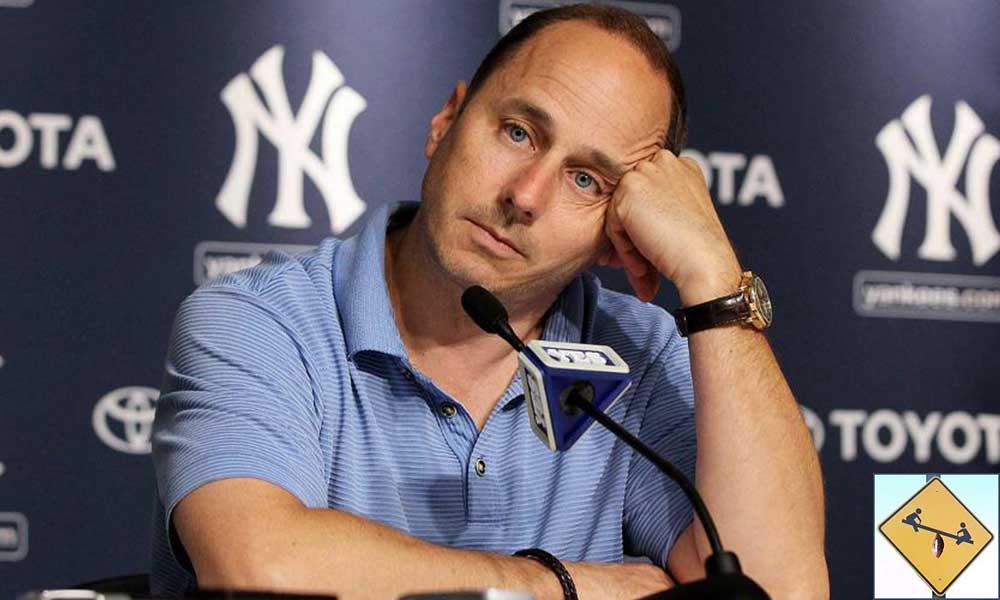 MLB and the Player’s Union finalized a new CBA, effectively skyrocketing the luxury tax for big spending clubs. Even the New York Yankees must beware as they attempt to reload this offseason.

That was an ugly list of arms you delivered earlier this week. You threw out 11 names of free agent starting pitchers and targeted a couple of old guys who don’t seem to have much left. I don’t mind going with veterans in the starting rotation, but I’d rather give chances to someone like Jason Hammel, Ross Detwiler, Jorge De La Rosa, or Derek Holland. But, as you said, none of the names are that exciting… with one exception that you left out: Rich Hill.

Hill is garnering lots of attention from teams all over the league because he seems like, far and away, the most talented starter on the market. However, he is going to be 37 years old and is injury prone, which is not a good combination when attempting to procure a long-term contract. The Yankees’ interest should all depend on how high the price gets.

And that is because the league and the players’ association agreed to a new collective-bargaining agreement hours before the old one was set to expire, and there is new luxury tax language! Hooray for contractual jargon and detailed changes that we now need to learn! The layman’s description seems to be that the line for when the luxury tax kicks in will be higher (but should have been higher because of inflation), but the penalties will be more severe. The Yankees have a number of large contracts coming off the books these next two years, so I think they will get under the tax line by 2018, which would hopefully make the organization willing to go back over once it avoids those consecutive-seasons escalators.

There were other, more interesting changes from the new CBA: the All-Star game no longer “counts;” each team will have a cap on international free-agent signings, meaning we will no longer get those huge bidding wars for Dominican, Japanese and Cuban free agents; and the first-round draft pick penalty for signing free agents who had been given the qualifying offer is gone.

These changes will have ramifications, but what they mean immediately is nothing beyond baseball being back to business for the winter, which is a good thing. Yoenis Cespedes re-signed with the Mets. Jaime Garcia was traded yesterday. The Pirates are in talks to trade Andrew McCutchen. The Yankees are mum at the moment, but things are happening! And who knows, we could have brought back both Aroldis Chapman and Carlos Beltran by the time this posts.

I’m thrilled that baseball got a deal done before the deadline, because nothing is worse than a lockout, even if it is during the offseason. You glossed over the biggest change of all, however, relating to the increased luxury tax aka “competitive balance” tax. Not only does the tax go up for repeat offenders, but it can literally skyrocket to a near 100% tax rate.

I must credit Jayson Stark for breaking it down so well. The threshold is higher, meaning teams can spend a bit more before they must pay a tax. Repeat offenders, those that exceed the threshold in consecutive years, begin by paying a 50% tax, much like they do now. Yet that number can jump as high as 92% if a team continues to have too high a payroll year after year. Can you imagine the Yankees with a $250 million payroll and then a tax of over 90%? That nearly doubles their payroll. No team that truly wants to compete will allow that to happen.


As for the Yankees, they better not throw tons of money at Rich Hill, or any other free agent pitcher for that matter. Chapman is likely worth the investment, but non of the starters currently available deserve big money. They are all too old and the Yankees are too young to risk the luxury tax down the road. I don’t love New York’s current starting rotation, but unless they come at a reasonable price, I don’t love the addition of an aging veteran either. We already have a few of those locked up.