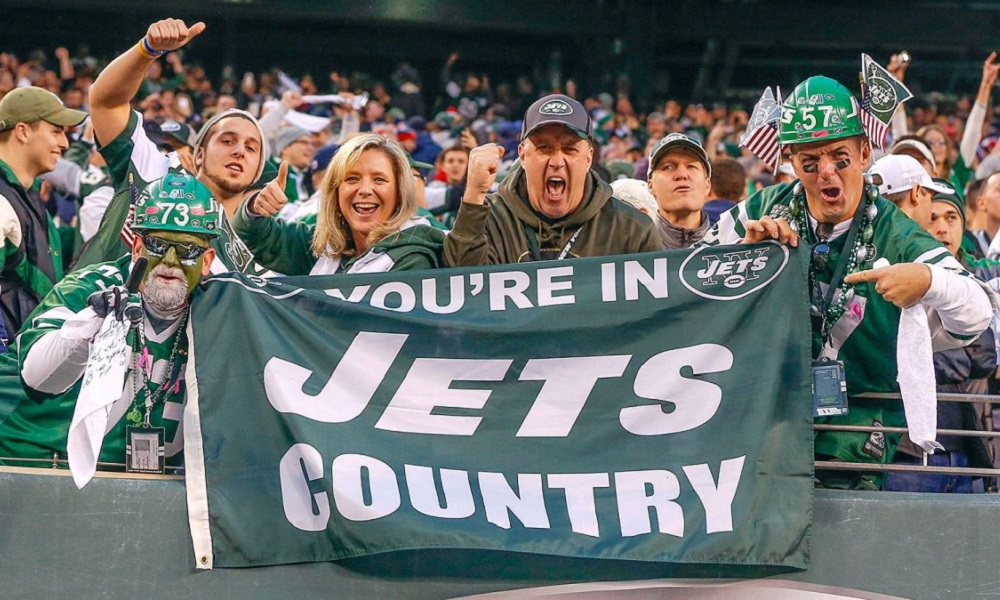 Pundits claim the New York Jets have a tough schedule in 2016, but that’s misguided. Last season is a poor barometer for success and our week by week breakdown paints a shining mosaic of success for Gang Green.

After a highly successful ten win season in 2015, the New York Jets will again feature the core of talent that elevated them from the basement last season. Several other key weapons were added, a few players return from injury and our rookies and second year players have me truly excited. The Jets will be a very good team in 2016, competing for the AFC East division title and a playoff spot. They look better than they did a season ago. The same can not be said of their competition.

Don’t get me wrong, the Bengals will be an excellent team this season. They’ve proven themselves extremely consistent and dominant during the regular season over the last five years. But this is week one and the Jets are opening things at home. Good football teams don’t lose at home to open the season and Gang Green is a very good football team. Facing Cincinnati right away is a blessing. The Jets will have more time to prepare for this matchup than any other all season. A great way to start the year.

This game presents a major chance at redemption for New York. They travel to Buffalo, facing a Bills team that keeps looking shakier as the season approaches. Has their defense lost its punch? Can they rely on their quarterback like they need to? Will Rex Ryan be able to maximize the star talent on his roster? A lot of questions for a team fighting to stay above water in the AFC East. I love this matchup for the Jets. It’s a “show me” game and we all know who has more on display.

The Chiefs have maintained their success over the last few seasons, but if one team was going to take a step back in their division, I’d pick Kansas City. I’m not convinced they are as tough a matchup as everyone thinks. The Jets can certainly shutdown Alex Smith. Playing on the road will be a challenge, but its one New York will be ready for.

Getting the Seahawks at home is another blessing for New York. Seattle will have to travel across the country and the time zone shift always seems to hurt west coast teams. Nothing about playing this team will be easy, but getting them at home helps. I’m no longer scared of Seattle’s defense, however. The legend is now far greater than reality.

This is probably the first really tough game on New York’s schedule. It’s a road trip against a potent Steelers team which is likely to have its star running back return for this matchup. I like Pittsburgh this season, yet I’m not sold on their defense. This game feels like a shoot out, unless our secondary can shutdown the passing attack of the Steelers.

Monday night on the road against the league’s best team, or one of them. This is a showcase game for the Jets, where they can prove to the league that they are now elite. It won’t be easy, but our team is up to the challenge. It’s also a chance for coach Bowles to face off against his old team. Added incentive!

Now we hit an easier stretch of the season, after two really tough road games. The Ravens could prove me wrong, but I’m not very high on them this year. Factor in that this is a home game for the Jets, and it looks like a slight reprieve after facing Arizona on Monday night.

The Browns are rebuilding this season, so facing them on the road is no big deal. This is an excellent matchup for the Jets, as long as they don’t look past this team to their upcoming rivalry game. Coach Bowles won’t let that happen.

I think the Dolphins will be solid this season, but their defense holds them a step behind our Jets. Miami always plays New York really tough, but we know this. They are not a playoff team and Gang Green is. We keep rolling here in week nine, taking it back home before the bye week.

I selfishly wish this game was in Los Angeles, where I call home. But facing the Rams on the Jets’ home turf is another win for New York. It’s another west coast team forced to travel east. It’s another weaker opponent for the Jets. A great way to finish strong before the bye.

Rest and Relaxation… hell no! The Jets have an extra week to prepare for their game against the Patriots. This is excellent. I also love that the bye is so late in the season. We’ll have ten games under our belt and a true sense of how the team must do in order to make the playoffs.

The first matchup of the year against New England is at home, after a bye week. We’ll need all the help we can get and both of those things factor strongly in the Jets’ favor. A tough game after the bye week, but a great way to start the final stretch of the season. Put up or shut up.

I don’t know if Indianapolis will be the team from last year or the year before, but I lean towards how they looked two seasons ago. They have a solid offense and a suspect defense. New York will eat them up at home this late in the year.

Traveling west after a Monday night game is a bitch, but the 49ers are not. They look to be rebuilding this season and will struggle to keep up with the Jets on both sides of the football.

The first of three division games to end New York’s season. I don’t really like ending the year this way, but it presents a huge opportunity for the Jets to snatch the division title from the hands of the Patriots. Miami may be in the playoff hunt, or they may be playing spoiler. Either way, this is a must win home game for New York.

The Patriots on the road with the playoffs on the line. This is a playoff game for the Jets, plain and simple. Both teams will need to win to secure positioning beyond the regular season. Both teams will be out for blood. I can’t wait for this game!

New York is once again ending the year against the Bills. Fortunately the Jets will have their playoff spot wrapped up in advance this time around. I’m not sure this game will mean much to either team, outside of the Rex Ryan rivalry and any more redemption that’s being sought. Nice way to end the year.

There you have it, the 2016 season for the New York Jets. Lots of excellent matchups, but only a few teams that truly scare us outside of the division. Pittsburgh and Arizona present the biggest challenges, with many of our other “tough” games coming at home. Bring it.