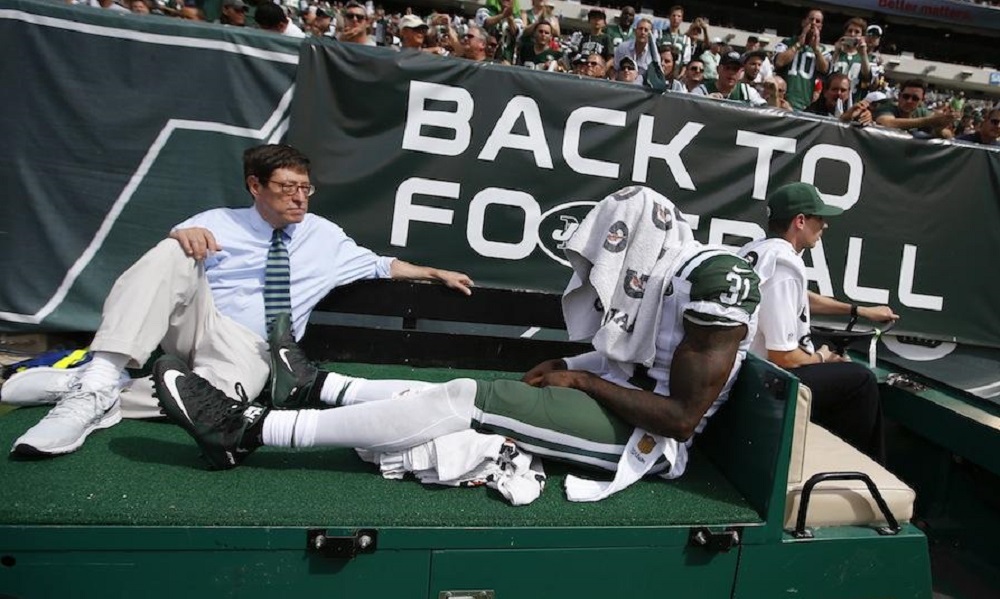 Most summers are fun and exciting, but 2016 has been a summer of limbo for the New York Jets and their fans. Its like nothing matters anymore, until our quarterback returns.

Ryan Fitzpatrick is expected to re-join the New York Jets by the end of July. He’s been expected to sign a new deal and become a Jet once again for months now. Since March its been common knowledge that both sides had until late July to get something done. It’s also been common knowledge that nothing was going to get done until late July. Call me crazy, but this has felt eerily similar to breaking up with a girlfriend and the seven stages of grief that follow.

When you’ve been dumped there’s usually a heaping portion of shock to follow. That’s stage one. You loved each other. Everything was going great. How can this possibly be happening? Fitzpatrick and the Jets had an amazing season, considering the expectations and prior years of disappointment. So forgive me for being a bit shocked when the two sides could not amicably agree to a fair deal. Both Ryan and the Jets knew he was a two to three year starter at best. Both parties also knew Ryan’s career was in its twilight and New York was looking to the future. He earned a payday for 2016, but beyond that was an unknown. Yet despite everyone knowing all of these things, they broke up. What the fudge!

ALSO ON BUZZCHOMP: The New York Giants are ‘Definitely’ Playoff Bound in 2016

After the shock wore off, the denial set in. This was stage two. Could the Jets really be so bold as to not bring back the leader of their offense and the most important player on the team? Could Fitzpatrick really be so daft as to think any other franchise would value him higher than New York? Apparently the answer to both questions was yes. Deny, deny, deny!

March quickly became April and the NFL Draft. My bargaining instincts kicked in with stage three. Perhaps the Jets would work a sweet deal to get Fitz back in green and white. Maybe they would rock draft night and steal a first round quarterback, making all things prior a forgotten memory. Maybe, just maybe, they would do something unexpected to reunite our team with its quarterback, or at least give fans a person other than Geno Smith to root for. None of this materialized. We got an excellent quarterback prospect for the future and more unanswered questions.

The calendar turned to May and I was feeling guilty for questioning our team’s direction. Stage four. Always stand behind your organization. They have the big picture in mind and the best interest of fans at heart. It may be idealistic, but what else was there. Then June rolled around and I was simply angry that we still had no answer to the question of who our starting quarterback would be. Stage five was a bitch. While all other teams were getting pumped for a new season, Jets fans were coming to grips with an excruciatingly long crawl towards the pre-season.

July began with a slight depression, that’s stage six, but now acceptance has sunk in. Stage seven is the hardest of all, because acceptance comes with hope. The hope of getting back together. The hope that it was all worth it. The hope that this summer of limbo will soon be over. It’s hard to talk much about the Jets right now, because every single conversation has a caveat. How good can the offense be this season? Can the Jets capitalize on the Patriots being without Brady for four games? Is this the year New York returns to the playoffs? Was last season a fluke? How are the new rookies integrating into the team? None of it can be answered without an assumption. We either assume Fitzpatrick will be our quarterback and make such a caveat, or we assess the team as is with Geno Smith leading the way. This sucks! The summer of limbo for the New York Jets needs to end. Stop the madness. Stop it now.