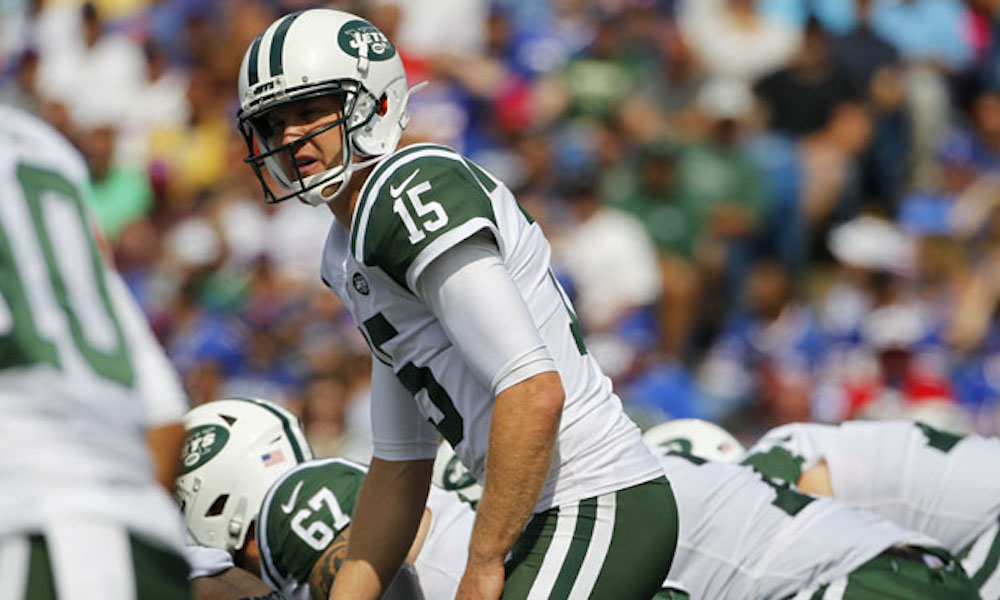 No one expected the New York Jets to win, but very few thought they’d even be in the game against Buffalo. Gang Green fought hard and showed promise, proving there is reason for hope right now.

Losing sucks, but when your team is rebuilding, we must get used to the feeling. The New York Jets proved they will have a lot of competitive games this season, even if they come up short more often than not. In losing to Buffalo, the Jets showed competency on both sides of the football. Normally this would be considered far from a compliment, but the way media pundits kept talking, expectations for New York were infinitely lower.

The New York Jets scored a touchdown in week 1, against a pretty good Buffalo defense. The Bills had an excellent defense the past couple of seasons, and much of it is still in tact. New York could not run the football effectively, but quarterback Josh McCown looked solid and completed the majority of his passes. If not for a late interception that was nearly a catch by receiver Robby Anderson, the Jets may have stolen this game from a superior Bills team. On the road no less.

When your offense is still finding its rhythm, you need a great punting game. The Jets have it, meaning they can win the field position battle this season. They also have a solid place kicker, meaning they can rely on points via the field goal. All of this goes a long way towards bolstering the offense. First year offensive coordinator John Morton will find a better balance between run and pass going forward. McCown will find more open receivers as the playbook is opened up. The New York Jets will continue to score points. After watching New York play for four quarters, I fully expect their offense to be better than last season.

Beyond the bright spots on offense, the Jets played solid pass defense and both of their rookie safeties made a lot of plays all over the field. This bodes extremely well for the defense, who was unable to stop the run. Its unclear if the New York Jets are deficient in this area, or if Buffalo is simply a great running team with LeSean McCoy and quarterback Tyrod Taylor. The game never got away from New York and the defense even recorded a red zone interception. I don’t believe I uttered that statement a single time last season. If the Bills are actually very good, then this speaks volumes to the talent developing on the Jets themselves.

Despite the loss, New York looked good. The Jets improved in a lot of areas that plagued them last season. They kept a victory within reach until the very end of the game, another statement that rarely was spoken last season. New York is rebuilding, don’t misunderstand, but after one week of football Jets fans can be excited about the prospects of watching our team play. Most games will not be blood baths. Nearly all will come down to the final six minutes of play. New York will be the underdog in every single game this season, likely against the Cleveland Browns as well. But the Jets have talent on both sides of the football.

The decision to play Christian Hackenberg at quarterback will be huge. Putting him in too early, or at all, may stunt the development of the rest of the Jets offense and defense. Can the team remain confident with him under center? But New York must let him play and run the team. He too must grow and develop as a player on the field. In what amounts to basically his rookie season, if he plays, one can expect many growing pains. Very few rookie quarterbacks look and play well. Even fewer are just as good in years two and three. Development is required. Mistakes will be made. But our New York Jets gave us reason to hope and a reason to watch on Sundays. There’s nothing better than that.