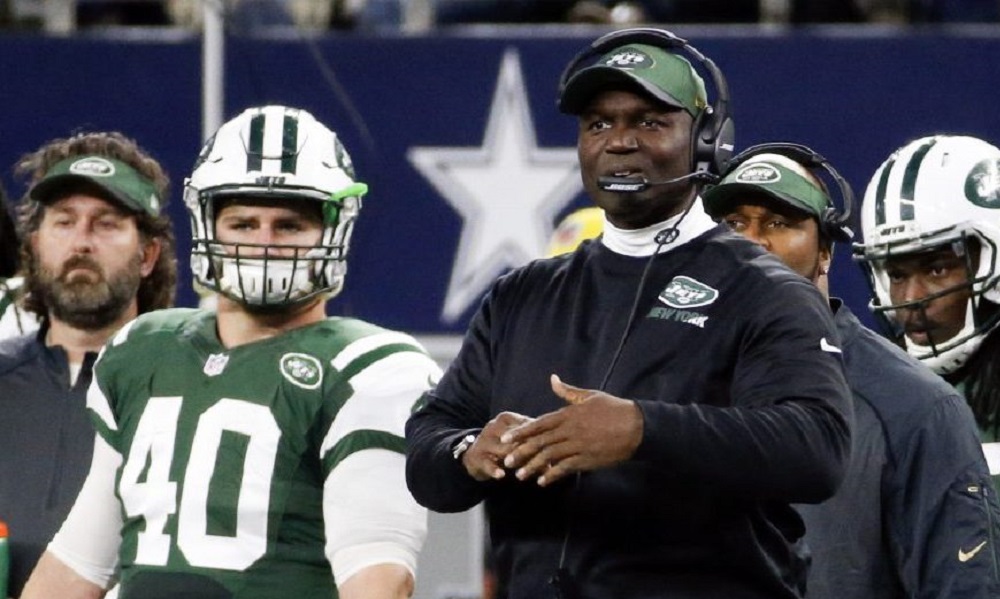 If tanking is real, then the New York Jets should tank. There’s no greater prize than a top three pick in the 2017 NFL Draft this season for New York.

Although mathematical elimination has yet to come, the New York Jets are quite obviously not a playoff team this season. They are not disciplined enough. They are not consistent enough. They lack enough leadership and too many other AFC teams are standing in the Jets’ way of reaching the postseason. What’s left to play for, you might ask? The coaches are playing for their jobs. The players are playing for their next contract. But the front office and everyone who feels secure in their place as a New York Jet is playing for the 2017 NFL Draft.

Coach Todd Bowles can feel secure about his job, as can general manager Mike Maccagnan. Both men made huge strides in year one and have shown flashes in year two. Building for the future while playing for the present is a major challenge that very few successfully accomplish. I can confidently say that Coach Bowles and our GM have successfully built for the future. They must now continue to do so by playing for the upcoming draft. New York has major holes in its secondary, a potential weakness at quarterback, uncertainty at running back and depth issues on the offensive line and at linebacker. You know what would instantly plug one of those holes? A top three pick in the 2017 NFL Draft.

Scout’s Inc. has ranked the current top 32 college players and they include a running back and a safety in the top five, accompanying three defensive linemen. Expand things to the top ten and we have a second running back, two linebackers and a defensive back. All of these players can make the Jets infinitely better next season.

Obviously New York does not need to pick first overall to grab one of the best available players, but we all know how significant the talent drop off can be outside of the top five. Cleveland will have the number one overall pick, unless San Francisco manages to be worse while the Browns somehow win. Both teams need a quarterback, but probably should not draft one. This leaves the Jets with a ton of flexibility at their draft position. Both the Jacksonville Jaguars and Chicago Bears will be competing with New York for the top five, while many other teams appear in contention. It’s in the Jets best interest to secure their selection.

There are solid players at the top of the 2017 draft which can immediately fill holes on the Jets. But New York can also use a high draft pick to trade for much, much more. We know our general manager is excellent in free agency, be it signing veterans or finding undrafted talent. Our wide receiver depth is uncanny because of it, with great veterans and rookies. There will be a lot of options for the Jets in the offseason, so losing more games now to get more chips in the draft makes sense.

In football we don’t see teams tank, but rather they decide to see what their young guys have with a look towards the future. Same thing! Win or lose this weekend, the Jets will be looking towards the future after their bye week. A record of 4-6 or 3-7 makes very little difference in the crowded AFC. Now stranger things have surely happened in the past, but I trust my eyes and what they’ve been watching is not a playoff team.

New York may be on par with the Buffalo Bills and Miami Dolphins, but those aren’t playoff teams either. Both wildcard berths belong to the AFC West, barring unforeseen circumstances, so its time to move on from this debacle of a 2016 season and make something positive of it.


I hate to watch my football team lose. But when your team has nothing to play for, the least they can do is give fans hope for next season. The Jets must let Bryce Petty audition for a better job. They must protect the health of their veteran players who have nothing to gain from continued on the field action. Most importantly, they need to position themselves for the offseason and that means free agency and the draft. There is no limit to how many cards can be played in this game, but if you’re only holding bad ones it won’t matter.