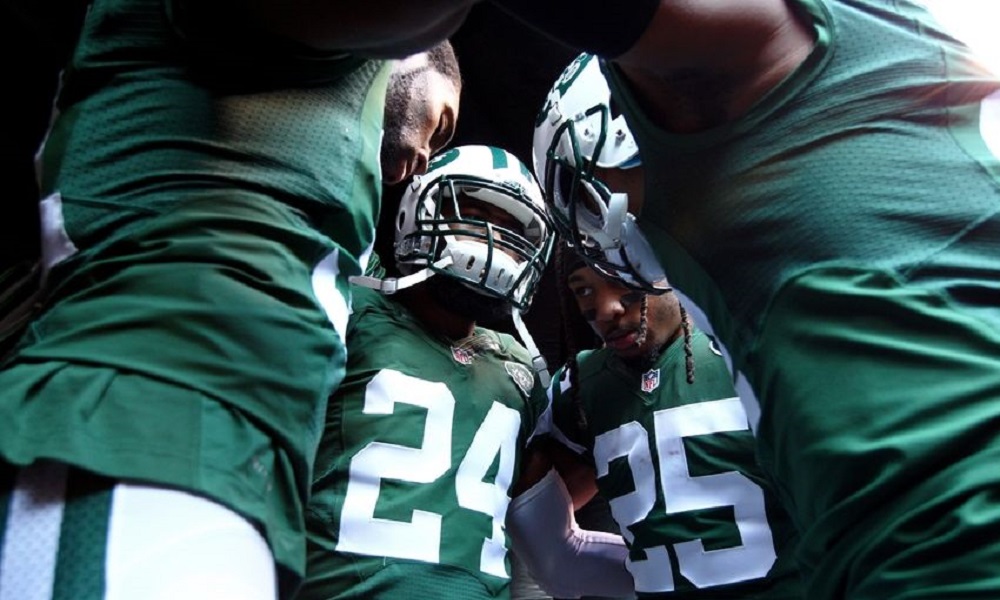 The New York Jets have a lot to be thankful for this Thanksgiving, despite a seemingly forgettable season. They aren’t the Browns and the future is bright.

Being bad is one thing, but appearing hopeless is another thing entirely. The New York Jets have a lot to be thankful for this Thanksgiving, starting with the state of the franchise. A strong and resilient identity has been carved out by the new regime, as coach and general manager build momentum. It’s easy to forget how lucky the New York Jets were last season on their way to a 10-6 record. The schedule was easy and the top players stayed healthy. In year two the schedule got much harder and injuries happened, but we can finally see the potential of the first and second year players acquired by the new regime. Have all the gripes you want, but things could be A LOT worse.

Thankfully the Jets are not the Cleveland Browns or San Francisco 49ers or Chicago Bears. Those are three teams that look and feel a bit lost at the moment. New York has its core of youth in place, with a bevy of veteran talent to boot. Add in the fact that a huge chunk of salary can be cleared off the books this offseason, and the Jets have positioned themselves quite well. The team will likely have a top six pick in the 2017 NFL Draft as well, leaving the one and only quarterback position as the primary question mark for this franchise.

Starting quarterback for the New York Jets seems to be a constant question season after season, but if anyone can finally figure it out, its our current general manager. Thankfully there will be plenty of veteran options after the year, if the team is so inclined to dip its toes in that murky water once again. It worked out great in 2015, but not so much in 2016. The draft provides no sure things at the position, but thankfully New York has two young quarterbacks on their roster yet to prove themselves. We don’t know if they have what it takes, but we do know they can learn a lot from any number of veterans at the position. Keeping Ryan Fitzpatrick seems unfathomable, but its hard to imagine a player ever having a worse year than he just did, plus he’ll come cheap. The point is, a team can define its quarterback just as much as the signal caller defines a team. Lots of franchises make their quarterbacks look incredible, but when they leave for more money the stats don’t hold up.

Gang Green can be thankful for its young talent and the ability to play spoiler down the stretch of the season. I can’t believe how great this team’s wide receivers are, especially the rookies. It’s challenging to shine through such a forgettable season of games, but every time a young player has been asked to step in and step up, they’ve done well. This leads to the Jets role as a major playoff spoiler. New York plays New England twice, plus the Colts and Dolphins. I intentionally left off the Buffalo Bills because they feel out of the wildcard race, but that matchup at the very end of the year could also be meaningful.

The Patriots are fighting for the top seed in the AFC, currently tied with the Oakland Raiders. They need every victory, with New York firmly in their way. The Jets can help spoil New England’s home field advantage by stealing at least one game against them. Indianapolis is fighting for its life, aiming to win the AFC South division. The team is currently one game back of Houston and can’t afford to lose. Enter the Jets, once again playing spoiler to the Colts playoff hopes. Finally we have the Miami Dolphins who have vaulted themselves into the playoff picture with a string of victories against questionable opponents. Their easy schedule puts the Jets game front and center. New York can knock Miami out of the playoffs with a win at home, avenging their earlier defeat and sticking it to the team’s biggest rival.


Playing spoiler will be fun and watching New York’s future develop brings an amazing sense of hope. But the final thing the Jets can be thankful for is something less obvious. The team will not be playing on Thanksgiving day and I couldn’t be happier. Granted I was thrilled when they faced off against the Patriots on Thanksgiving night several seasons ago. I love having my team on a national stage against one of its fiercest rivals, so I thought. Then the Butt Fumble happened. Nothing could be more humiliating than New York’s return to Thanksgiving day football action. Watching the highlight is bad enough, but if the Jets were to play on Thanksgiving Day we’d be forced to watch it endlessly. Thank goodness that is not the case this season. Happy Thanksgiving!