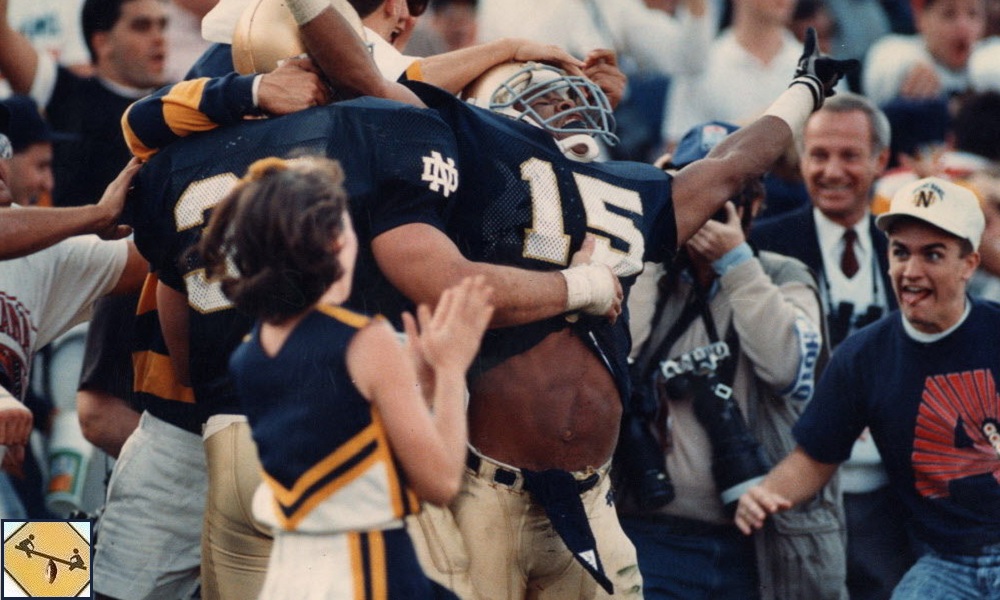 College Football quotes transcend time, much like the classic rivalries on the field. The playoffs are up for grabs, as is this sports quotes game. They said what?

In the spirit of Black Friday and the madness surrounding this made up holiday to trick people into spending more money than they otherwise would, I turn to the madness that is college football. Michigan versus Ohio State is the marquee matchup, but the entire playoff is up for grabs right now.

Only Alabama has secured a playoff spot thus far. But we are playing a damn sports quote game. College football quotes. “They Said What?”

You won the point with your classic basketball quote, but I’m ready for you. A college football quote, followed by three hints as to who the speaker was.

“Gentlemen, it is better to have died as a small boy than to fumble this football.”

Hint One: This was uttered by a member of the college football hall of fame.

Hint Two: Our speaker had only one losing season in his entire coaching career, which also happened to be his final season as a coach.

Hint Three: This man was a former player and coach.

This is a hilarious quote from a head coaching legend. Even if he meant it as a threat to his players because he was one of those overbearing coaches who believed he was the face of a collegiate program and not the players, it is still unintentionally hilarious.

I am pretty sure Joe Paterno is the wrong answer because he had to have had numerous losing seasons. Also, there is no funnier JoePa-related quote than what came from DeAndre Levy earlier this month when the linebacker called his “proudest college moment” the time he was responsible for breaking Paterno’s leg. Levy also called Joe a “dirtbag” for good measure.

But back to the quote at hand. It would seem the speaker has to be somewhat elderly; coaches these days probably wouldn’t get away with saying something like that. I may not be going back far enough, but my guess is Florida State’s Bobby Bowden. Bowden won a lot of games and won all the time. It’s plausible that his only losing season was his last. I’m not sure if he is a former player, but Bowden is my guess.

Some excellent deduction skills at work there and I love your jab at Joe Paterno, but your guess is incorrect. It was not Bobby Bowden. You have to go back farther in time, nearly to the beginning as far as college football is concerned.

This man is a legend, much like the two men you mentioned. He coached football for eight different universities, most famously at Georgia Tech. He also coached at Auburn and Clemson, recording his only loss at Rice University. In addition, he coached collegiate basketball and baseball.

There was one hint I had to leave out for fear of giving away the answer. Our speaker has an award named after him.

The answer is John Heisman.

That was dirty pool, picking a quote from a man neither one of us has ever heard speak! I’ll exact my revenge next round!