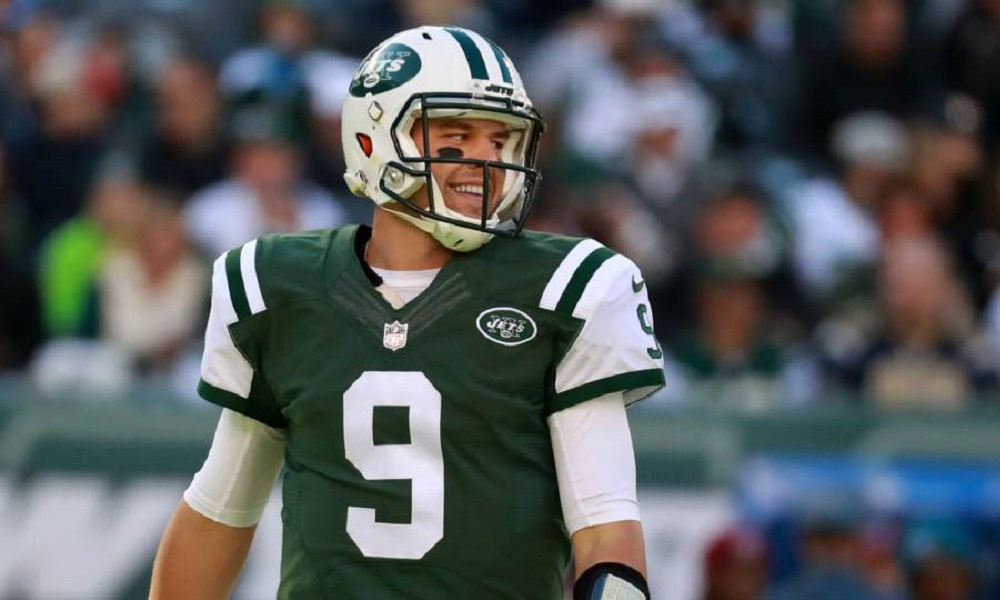 New York Jets fans were begging to see their young quarterbacks on the field since August. Their wish has now come true in the worst way possible.

Be careful what you wish for, because you might just get it. Many New York Jets fans are feeling the repercussions of those words right now. Or perhaps a different saying is more poignant. You always get what you need, not matter what. The Jets needed to make a final evaluation of their two young quarterbacks. Bryce Petty and Christian Hackenberg needed to put their uniforms on and once and for all answer the big question. Are they good enough to play for New York next season? Now we will find out, despite it coming at the expense of the best thing to happen to the Jets this year.

In what can only be described as a cruel joke of fate, quarterback Josh McCown broke his hand. The injury ended his season and possibly his career. Not only have the Jets lost their leader in the huddle and on the sidelines, but the entire offense now suffers. McCown was elevating the game of every single player around him, as he had his best season in the NFL. New York’s young players were improving at a rapid pace. Perhaps that continues, but more likely it plateaus.

ALSO ON BUZZCHOMP: How To Kickstart Your Fitness Resolutions

Fans were hoping that the final few games would be a quarterback audition, despite such wishes being contrary to the team’s development. Playing an inferior player simply to see if he can improve is false logic. Look what happened in Buffalo when they thrust their rookie into the starting role? Everything fell apart.

The Jets won’t fall apart with Petty and/or Hackenberg at quarterback. But no one wanted them to play like this. Too many good things were happening in New York for them to make a swap. Fate intervened and now the change has been made. It’s bad for all parties involved. Petty looked awful trying to step in against the Broncos. He had no timing with the wide receivers and the entire flow of the offense was off. It’s not his fault. It wasn’t his offense. He doesn’t have the experience to play McCown’s game. Now we will see if he can lead an offense in his own image.

Despite the terrible manner in which events transpired, New York is not in such a bad place. Fans were not wrong to want to see Petty and Hackenberg in a real game during the regular season. Why keep both quarterbacks around if neither is good enough to step in or lead in the future? I like some of what I’ve seen from Bryce Petty of the years. He’s definitely improved and has never been given a chance to be the number one guy. I’m excited for him to have such an opportunity, but am truly scared what he might do with it.

Will the Jets be recognizable with Petty under center? The team managed to carve out a positive identity over the first thirteen weeks. Gang Green may have had a losing record, but they had a winning mentality and fighting spirit. After watching all of last season, that was a HUGE change for all parties involved. The big question is whether they can keep that going with Petty.

ALSO ON BUZZCHOMP: Avengers Infinity War Too Big, Too Many Heroes

Whether you love it or hate it, everyone is about to find out if Petty can lead this football team. If he does well, then Hackenberg will never see the field. Yet if Petty is up and down against New Orleans and Los Angeles, then I expect Hackenberg to play versus the Patriots in the final week of the regular season.

It would be odd for the Jets to never put Hackenberg on the field before releasing him in the offseason. I don’t expect them to keep him around, because Petty easily won backup duties. But why keep either player? There are tons of quarterbacks in the draft and free agency. Good teams don’t carry lots of quarterbacks. The Jets have finally looked like a good team in the making.