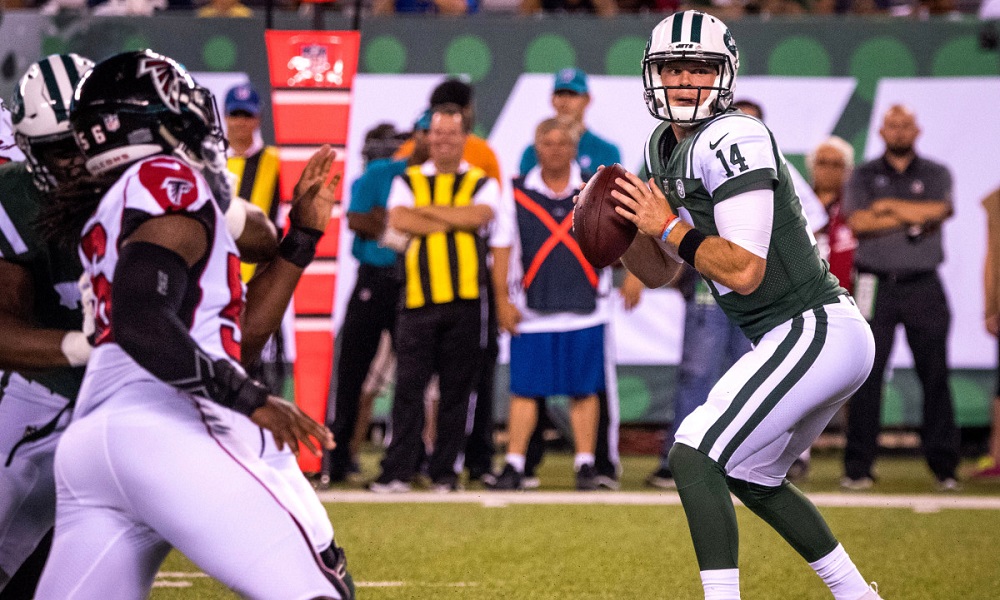 For decades the New York Jets hoped for one competent quarterback to lead their football team. Now in 2018 Gang Green has three, so what the hell will they do? Fans should celebrate, despite the obvious heart burn.

It’s the perfect storm of preseason success for the New York Jets. They have three exciting, competent quarterbacks on their roster, when in reality all they need is one. Backup quarterbacks are important, but having three potential starters poses some problems. This is uncharted territory for any NFL team, but especially the New York Jets who have been searching desperately for QB stability.

Sam Darnold is the rookie who keeps getting better. Josh McCown is the veteran who hasn’t lost a step. Teddy Bridgewater is the reclamation project who might be better than he was before getting injured. The Jets have three starting quarterbacks, leaving one player expendable and the other as the backup. What the hell will the team do, but more importantly, what should New York do with their quarterbacks?

There are three possible scenarios developing around three choices that the New York Jets have at quarterback. First let’s lay down the facts, because they are indisputable. Darnold isn’t going anywhere. Furthermore, he is going to start at quarterback by early October at the latest. Those two facts are etched in stone. Everything else is up for debate.

Here are the three options for New York:

This is probably the most likely scenario. There is a high probability that Darnold wins the starting job for week one of the season. He is trending that way in the preseason and has shown no signs of regression. Bridgewater is playing great and could easily be traded for a pass rusher or 2019 draft pick. McCown is the perfect backup for the Jets, having started for them last year. Jets fans should be rooting for this to play out.

This is very similar to our first scenario, with McCown starting the season at quarterback. He likely hands the gig to Darnold by the first week of October at the latest, but gives the rookie a few extra weeks to get prepped. Bridgewater is still traded, because carrying three quarterbacks is rather unnecessary when you trust the first two players on your depth chart.

This scenario could be flexed to have McCown as starter early on, but ultimately it involves New York keeping all three players. The only way I see this happening is if the Jets want to hold Bridgewater in order to trade him later. They WILL trade him by the deadline, but if there are no takers in August, then perhaps they carry him into the season. He eats up a roster spot, but he is too valuable to simply cut at this point.

ALSO ON BUZZCHOMP: Make Sure you Sweat, Smile, and Repeat!

A few other options obviously exist, but I do not see the New York Jets cutting Bridgewater. I do not see them trading McCown, or starting Bridgewater either. It’s also hard to imagine them keeping all three players, despite the fact the team had four quarterbacks on roster not that long ago. All three players have proven themselves worthy of starting. At least one NFL team will be in need of quarterback help by September 1st. You do the math.