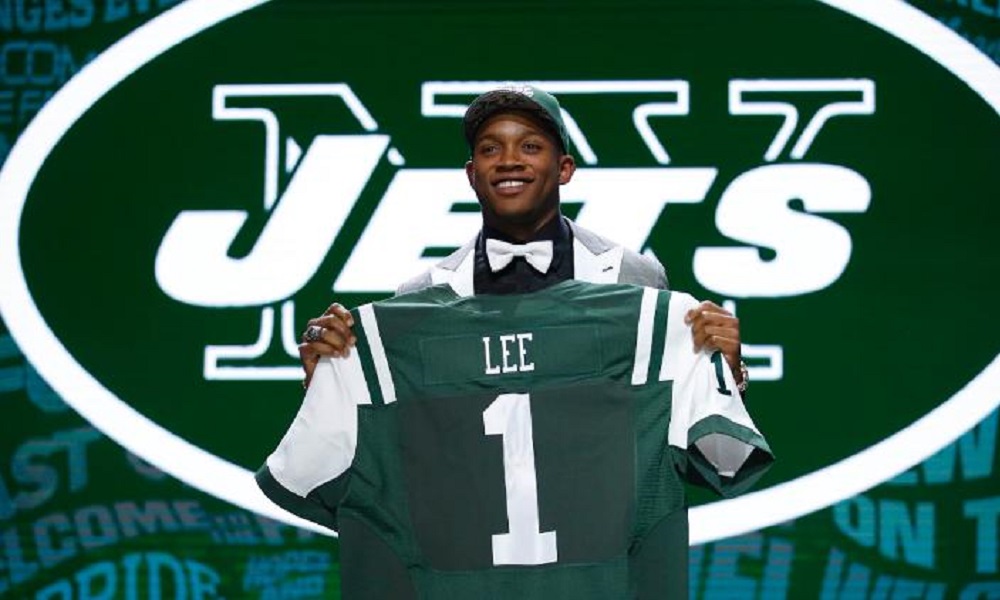 Another year and another draft pick on defense in round one for the New York Jets. Well played. New York continues to impress by selecting Darron Lee this year.

As the New York Jets went on the clock, all anyone could talk about was how the Jets were going to pick a quarterback. NFL Network analysts waxed poetic about how Gang Green lacked a starting quarterback. How the Jets were simply a signal caller away from being elite and Lynch was the most talented player at the position still available. Everyone agreed Paxton was a reach, a season away from starting at a minimum. But despite all that, New York would pick him. Thankfully they did not.

Paxton Lynch may become a great player, but Darron Lee is certain to shine as early as this season with the Jets. New York has a defensive minded head coach and one of the best defenses in the entire NFL. The unit had one major hole at linebacker. Lee fills it perfectly.

ALSO ON BUZZCHOMP: Falling Stars in Round One of Draft Leads to Regrets

Mike Maccagnan proved his mettle last year by selecting Leonard Williams 6th overall, taking the most talented player available. Consequently the Jets now have the most feared defense line in all of football. But the line lacked speed playing behind it and the defense as a whole needed more speed to remain elite. Darron Lee fills both needs. He’s a former highschool quarterback, meaning he’s a true athlete with an incredible grasp for the flow of an offense and defense. At Ohio State he found the holes in the line, using his speed to disrupt quarterbacks and running backs alike in the backfield.

I’m very impressed with the Jets continued ability to ignore media pressure and toss aside the stigma of the past. New York is not interested in making the biggest headline, they’re interested in making the Super Bowl. The Jets are no longer feeding the media’s desire to dump on them, instead making smart decisions with little room for debate. I’ve been preaching this culture change for a while, but actions speak louder than words and New York’s actions keep backing this shift.

The silver lining to drafting Lee in the first round is Ryan Fitzpatrick. New York may elect to draft a quarterback in round two, but ultimately this season’s starter remains at the negotiating table. My hope is that the Jets can find a little cap room to make Fitzpatrick happy. He’s not getting a longterm deal, but a two-year contract with incentives to be paid next offseason is very workable. There’s no rule that says a back loaded deal has to be a long one. If Fitzpatrick is willing to defer some money and the Jets are willing to keep it guaranteed, then its win win.

New York keeps improving upon its incredible defense. It has the offensive stars to dominate once again. Nothing about this team is reminiscent of years past. You could hear it in the NFL Network announcers’ voices, they were disappointed that the Jets played it smart. They lost their opportunity to skewer New York for drafting flash, picking a player too early and ignoring the talent on the board. Good. Jets’ fans have reason to celebrate once again. Our team gained another big time player.