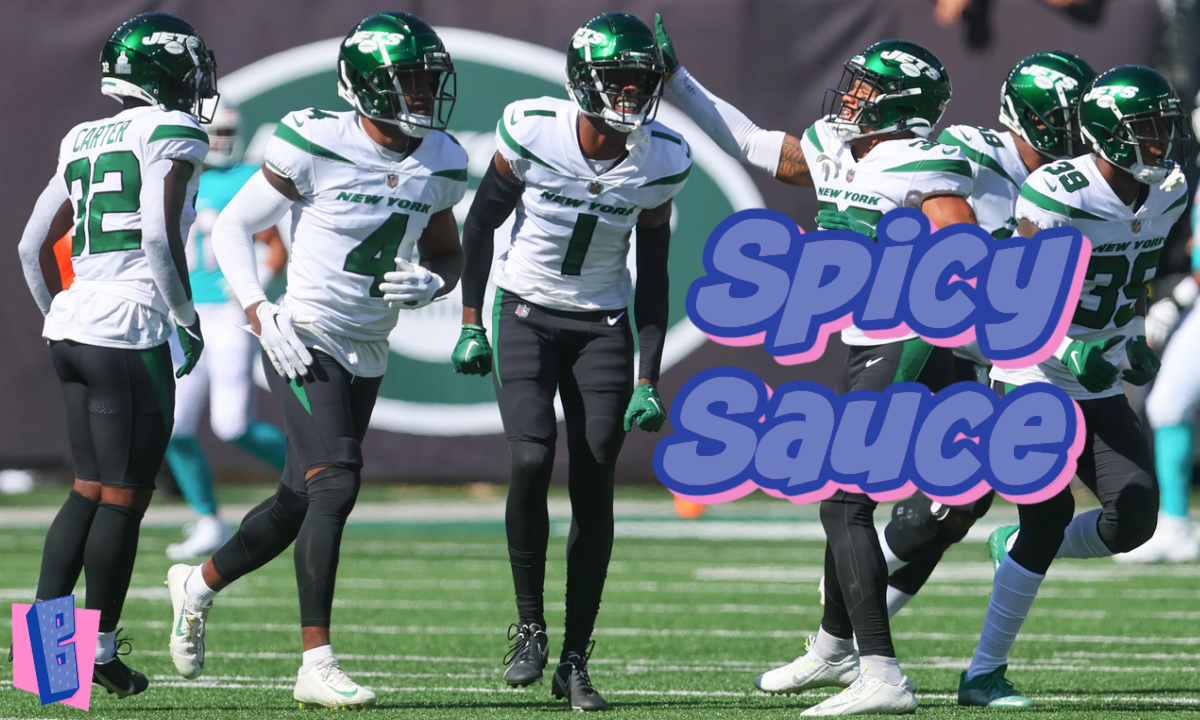 Both the New York Jets and Giants are in the top seven of their respective conferences. Despite their early success, are these teams true contenders, or simply lucky pretenders?

If you asked Todd before the season started if either the Jets or the Giants would get to four wins for the entire year, he would have had to consider both sides. Dan was quite a bit more optimistic, yet ultimately both would have taken the over, but not immediately. These were supposed to be two of the worst teams in the league, based on last year anyways. The Giants, especially, were entering a rebuilding phase behind a brand new front office and coaching staff, and a lame duck quarterback. This was the year before the year.

The Jets, similarly, were building something new, with an inexperienced coach and quarterback and lots of moving pieces. A down AFC East wouldn’t help if the Jets were the worst of the bunch. A weak NFC East wouldn’t matter if the Giants were in competition for the first overall pick in the 2023 draft. Instead, this season has gone completely off-script. Was everyone simply wrong to start the year, or is September football telling more lies?

Based upon five weeks of games, we are leaning towards everyone being wrong. The entire AFC East might be downright solid, the Jets included. These next five weeks will tell us a lot as the schedule beefs up, but have we seen enough from Gang Green thus far to make us think this is real? For the NFC East, downright solid isn’t a strong enough description. This is currently the best division in the entire sport. All of Philadelphia, Dallas, and New York have at least four wins. Only one other team in the conference has gotten to four already. This too feels real.

NFL Over Reaction to Week 5

What to make of my New York Giants? It was easy to brush off the Giants’ early season success as fluky thanks to the schedule. One possession wins over Tennessee, Carolina, and Chicago are not resume-builders. But then another win came, this time against Green Bay, and suddenly we have the makings of a playoff contender for real.

Also on BuzzChomp: Blood Lust and Betrayal in House of the Dragon

And I’m still not sure the Giants are a good team. Their passing offense is atrocious. Teams have won before with defense and running. The Giants are doing both very well, but I’m also afraid of that holding up. This is not a talented defense in terms of personnel. They are scheming and executing their way to wins, which is great. Those wins are banked. I’m just dubious of this unit’s staying power. The same goes for Saquon Barkley and the running game. How much can this guy carry with zero help from any other skill players? It makes me nervous.

For the Giants, the schedule does not get very difficult anytime soon. They could actually continue to make waves for another month or so if this keeps up. At that point, this is a legitimate playoff contender regardless of the circumstances that got us here.

The Giants scare me because they are playing by the seat of their pants, but the New York Jets are truly getting better each and every week. Zach Wilson is 2-0 this season and he hasn’t even tapped into one of his best players on offense yet. Garret Wilson was playing great with Flacco under center, but Zach Wilson has not found him yet. This likely has to do with team’s putting more coverage on the rookie, as well as Zach Wilson having a stronger rapport with Corey Davis and Elijah Moore from last season. That said, there is a lot to love about the Jets on offense and defense.

I believe in these New York Jets because there are multiple young players standing out every week, not just one or two veteran guys. Alijah Vera Tucker has played every offensive line position really well this season, which is unprecedented. Breece Hall is tremendous and Sauce Gardner is trending towards the Pro Bowl. I’ll stop name dropping, but the list of successes is long for the Jets. My favorite part about this team is their fourth quarter performance. Unlike nearly every New York team in recent memory, these Jets are twice as good in the final quarter. They don’t make mistakes, shut down the opponent, and put up a ton of points when it matters most. That’s how you build a winner.

A few things are concerning about New York, namely how they struggle to pull away from teams and don’t play well in the third quarter. Losing to Baltimore and Cincinnati can easily be excused, as both are likely AFC playoff teams. Those games were close and the Jets were without Zach Wilson in both contests. But New York let Pittsburgh and Miami stick around. They gave up big plays on defense, made stupid penalties, and ultimately did not finish either team off until the fourth quarter. This works against bad teams, which Miami looked like with their third string quarterback, but won’t cut it against the top of the league.

Both the Jets and Giants are in the playoff conversation and honestly, neither of their successes is a surprise to me. I predicted both teams would be in the conversation, naming the Giants as a worst to first contender in the NFC East. Will either eclipse the ten wins necessary to get into the playoffs? Yes, one of them definitely will and both teams are trending towards those ten or eleven victories. I’m more surprised by other teams’ struggles, as opposed to our New York teams’ successes. They needed their rookies to be very good and both teams got just that. For the Giants, it’s their coaching staff, and with the Jets it’s a slew of new players playing great. It’s going to be a fun season!