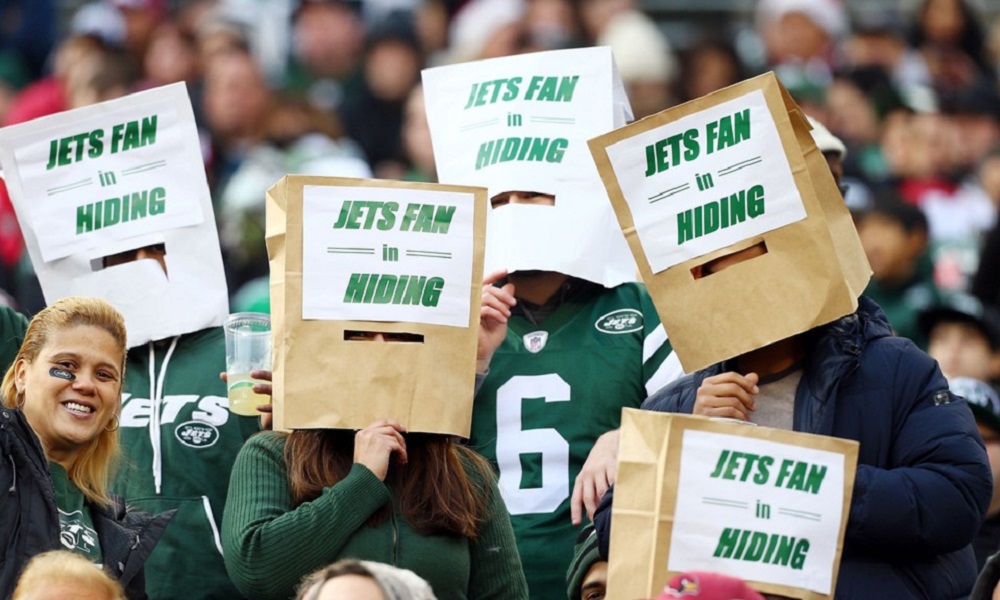 The writing was all over the wall for months, but the New York Jets held their head high and gave fans hope for a new season. That hope is now gone, because this team told us what to expect and it smells like feces.

I like coach Todd Bowles, but as a diehard fan of the New York Jets, I fear for his job. The team just informed fans and the coaching staff that the 2017 NFL season will be a wash. No one will be fighting for a playoff spot and the front office expects this team to bottom out. In case you missed it, check out the Video Rewind as I live streamed the proceedings yesterday. If the Jets had any respect, they’d keep coach Bowles through their ‘rebuilding’ process and allow him to keep molding this young team in his image. Yet the ‘rebuild’ deserves the boldest of quotation marks, because the New York Jets are tanking 2017 with zero respect for the consequences.

Saving money is great, but what is New York saving it for? You can’t put a price on veteran leadership and the trickle down effect of savvy football minds in your locker room. The wisdom of David Harris and Eric Decker, not to mention their skill sets, is invaluable to a young team. Youth needs experience to grow, but APPARENTLY the Jets care little for such common sense. They put a price on such leadership and pocketed nearly $14 million in lieu of team growth and development. How is Christian Hackenberg supposed to grow into the starting quarterback for the New York Jets without an experienced wide receiver to lean on? We have our answer.

Voluntary workouts in June are rarely seen as an opportunity to assess your football team. They are voluntary, so not all players come. Plus, its June and everyone is still getting back into football shape. No more! June now represents the ultimate assessment of the New York Jets. Hand in your final exams, because New York used eight of ten voluntary practices without pads to decide the fate of its roster. Hackenberg and Bryce Petty don’t need a veteran wide receiver. They aren’t good enough anyhow. The Jets defense doesn’t need its quarterback. New York isn’t good enough for it to matter. The Jets linebackers are fine without their MIKE… no they aren’t. When most fans are getting excited for the potential of their newly enhanced offenses and defenses, us Jets fans are scrolling magic marker over a brown paper bag. Who me? No way, I don’t root for that poop show of a franchise.

One player rarely makes or breaks a football team. But the best player on each side of the football is integral to team success. When that player goes, the team breaks. David Harris was the smartest and most experienced player on New York’s defense. After a decade in the NFL, he entered the new season as the Jets most critical player on that side of the ball. He wasn’t the most talented, but he held the most value to the unit. So long.

Eric Decker was likely going to be the most talented player on New York’s offense. He was coming back from injury, so questions did exist. But Decker was the best receiver on the team and the key to New York’s success two seasons ago. He was a major reason everything fell apart in 2016, because he was Ryan Fitzpatrick‘s favorite target. Bye bye.

Football is still my favorite sport and I’ll still be watching my New York Jets this coming season. But if I was a gambling man, I’d go put money on the Under for New York. This team is winning fewer than 5.5 games in all likelihood. Any success will now come as a surprise. Any success will likely be viewed as unfortunate, because it gets in the way of a top three pick in the 2018 NFL Draft. The Jets have to be worse than both Cleveland and San Francisco, two bad teams likely looking to draft a quarterback next year. That is a tall order. That requires calculation. I’m all for a longterm approach to team building, because if you can’t win it all this season, then build to do so later. Yet this is different. This sucks.