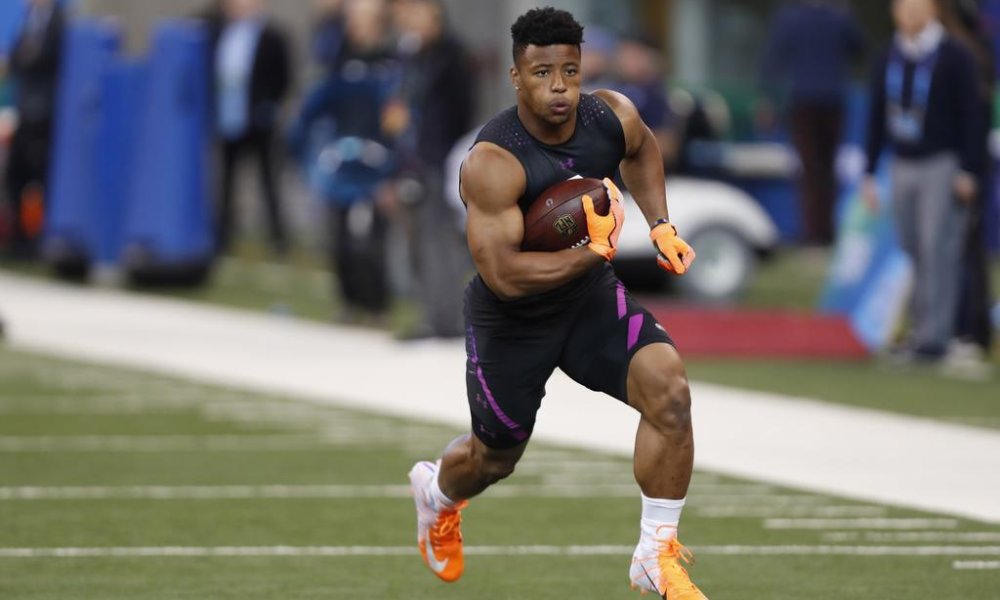 The New York Giants were building their draft plan around the assumption that the Cleveland Browns would be taking a quarterback with the first pick. That assumption can no longer be made. What now?

It was already safe to say that we had no idea which direction the New York Giants were going to turn with the second pick in the 2018 NFL Draft. There are numerous quarterbacks thought worthy of such a high selection, and the team’s future outlook at the position is murky. A generational running back talent sits atop many boards for a team that has none. There is also an elite offensive lineman for a roster with a major weakness on that unit. The New York Giants could also select the top-tier edge rusher or defensive back who lurks around the top five. No one knows which way the team will turn, which is precisely the plan.

The one thing football fans were semi sure about, though, was that New York was not going to have the option of taking the “best” QB in the draft class. That man would be taken first overall by the Cleveland Browns, whoever they deemed to be the best passer. Now, with seven weeks still to go before the draft, even that is no longer a given. The Browns are making moves and giving the Giants even more to think about.

This week, Cleveland made three major moves to overhaul its roster with veteran talent. One of the pieces brought in was solid QB placeholder Tyrod Taylor. No one thinks Taylor is the Browns answer for a franchise quarterback for the next 10 years. However, he is surely the starter for 2018. And that means it is at least possible the Browns don’t take a QB at all during this year’s draft. Or, even more likely, they take one later than that first overall pick.

If Cleveland is no longer reliably taking a QB first, the Giants can no longer be sure that they will have their pick of those non-quarterback prospects. Saquon Barkley, the generational running back, could be gone. He would be a perfect fit alongside Taylor, in a Cleveland offense that has added pieces but still lacks a runner to scare defenses. Bradley Chubb, the top-tier edge rusher, could be taken first. Minkah Fitzpatrick could even be the pick, especially if Cleveland is planning on moving the newly acquired Damarious Randall to safety.

ALSO ON BUZZCHOMP: UConn Had to Fire Kevin Ollie

Besides Cleveland’s own selection now being up in the air, the Browns could also trade down and offer the top pick to a team desperate for a quarterback. That would leave New York with nothing but the second-best passer after all. We don’t even know if the Giants are inclined to select a quarterback, but narrowing their options is not ideal. This is such a major selection for the future of this franchise. It appeared as though the New York Giants could at least reliably predict who the first pick would take off the board. Now the Giants have nothing to go on at all.

More NY Giants: The Days of Draft Misinformation Have Begun