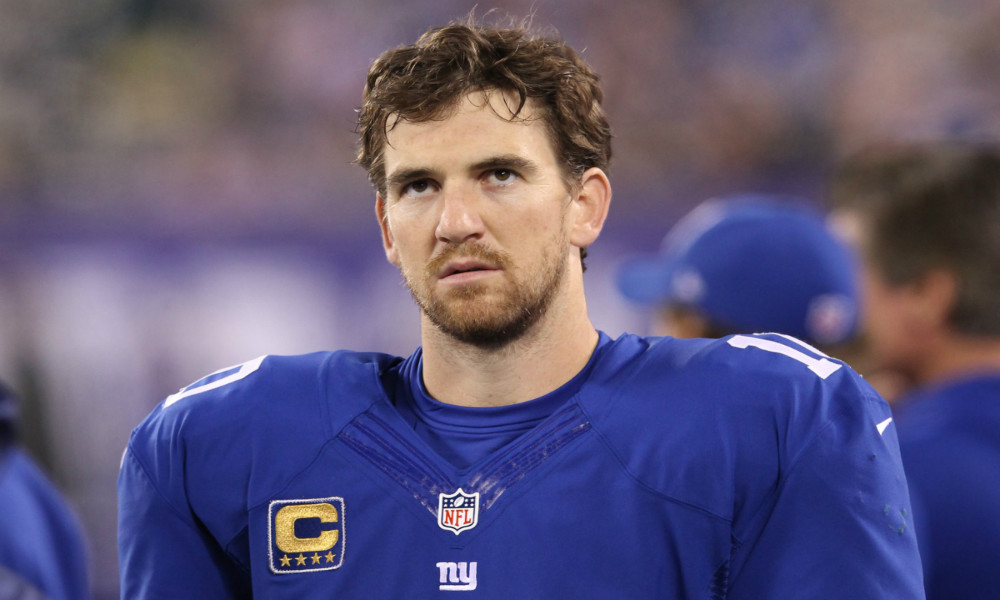 The New York Giants currently find themselves in last place in their division. Even after three straight losses and hot play from their NFC East peers, the season is far from over.

The New York Giants are in last place in the NFC East. After beginning the season 2-0, this is pretty disheartening news. But that is what three straight losses will do when the rest of the division is heating up. The Dallas Cowboys have won four consecutive games; the Philadelphia Eagles won three straight before dropping last week’s game; and the Washington Redskins have won three straight games themselves. Everyone is streaking. The Giants are simply going in the wrong direction.

ALSO ON BUZZCHOMP: The Next Great TV Show is Here

But New York is not out of the divisional race despite their poor start. The team’s Week 1 win over the Cowboys was central to that. New York is a comfortable 1-1 within the division with four games still remaining, including both matchups with the Eagles. Though all three peers are playing great football right now, it is unlikely to continue for an extended stretch. There are too many flaws.

Dallas has a quarterback conundrum coming up fast that could derail its offense if the correct decision isn’t made. The team’s defense is also a liability, especially when the talents of its opponents start to pick up. For Philadelphia, a lot is hinging on rookie Carson Wentz remaining flawless. The running game has been nonexistent and the receivers drop too many passes. Having a rookie QB carry a team is not ideal. Washington has a combination of issues. Between its mediocre running game, league-worst rush defense and inconsistent quarterback, things could drop back off at any moment.

The Giants have considerable flaws of their own of course. The three losses have stemmed directly from poor play and execution by New York. Eli Manning has been missing open receivers. With the weapons he has to throw to, that is almost inexcusable. The running game has been poor thanks to injuries to the team’s top two backs. The offensive line is committing far too many penalties. On defense, the unit is an enigma. It has played very well, preventing teams from moving the ball or even completing passes. However, it gets no pressure on opposing quarterbacks and has struggled to force turnovers. It is hard to continue succeeding when the most beneficial defensive plays aren’t coming.

It sounds funny (delusional?) to say those mistakes are correctable, but many of them are. With the possible exception of the injuries (to running back and the secondary), the rest of these problems have to do with concentration and focus, as well as scheme.

Fortunately, New York’s schedule also eases up after its bye in Week 8. In the season’s second half, the Giants play all of Cleveland, Chicago and Detroit, which may be three of the worst teams in the league. They also get the floundering Bengals and those four divisional games. At 2-3, things are looking down, but this team is not out. Not by a long shot.