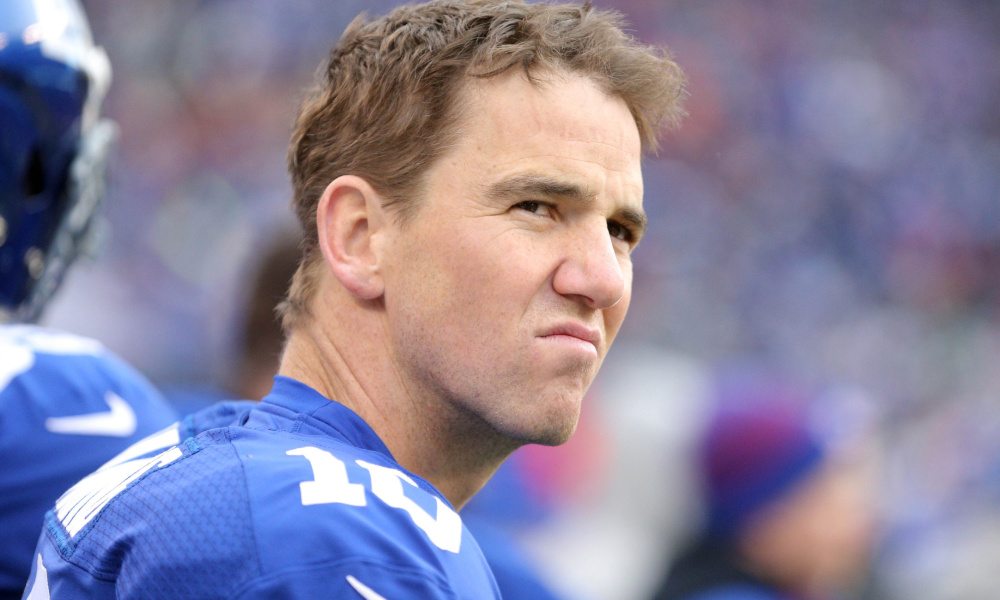 The New York Giants were oddly quiet at the NFL trade deadline. A deal that went down elsewhere, though, does have ramifications for New York’s future plans.

The New York Giants did not involve themselves in trade proceedings heading toward the 2017 deadline. However, one of the major trades that went down did have ramifications for what New York may be looking to do in the future.

The Giants are currently 1-6, holding the third-worst record in the NFL. If current records hold, they will receive the third overall pick in the 2018 NFL Draft. That is far from what was expected preseason; it’s a thin silver lining to the way this season has gone.

For a team that has fallen to rock bottom, with a veteran quarterback approaching 40 years old, a rebuild is always in consideration. Many fans and analysts believe New York should be looking for its franchise quarterback of the future with that high draft pick. In ’18, the college prospects entering the draft should offer a number of intriguing options for just that plan.

Of course, prior to a move made yesterday, there was likely to be two teams ahead of New York with the same exact plan. Both Cleveland and San Francisco, current holders of the top two picks, would be searching for their own QB of the future. The third pick is great; it’s far less great if the two teams ahead of you want the same position. Suddenly, the third option for a franchise QB seems much less enticing.

However, the 49ers altered the picture ever so slightly. They made a trade with the New England Patriots for young QB Jimmy Garoppolo. Though we don’t have a huge sample on Garoppolo, the assumption is that San Francisco believes he can lead the team in the coming years. The 49ers are essentially drafting their ’18 quarterback right now. Logic would dictate they are then out of the running for taking one of the 2018 rookies.

There is a lot of unknown remaining about this scenario. We don’t know if San Francisco will be happy with signing Garoppolo long-term. They are taking a smart gamble now but hold no obligation to sign him. We don’t know if the Giants will remain in the third spot either. The Colts seem likely to “overtake” them, for one example. And obviously, no one knows if Jerry Reese or his potential replacement will want to use a top pick on a quarterback.

Such a move would mark Davis Webb as a sunk cost just a season after drafting him in the third round. This, even though we have yet to see him in live game action. It also drastically limits the ceiling of the ’18 season in hopes of a quick rebuild. This roster is experienced and expensive at a number of other spots. Turning the reins over to a rookie behind center may not make the most logical sense for a team that had major postseason hopes before this year began.

Eli Manning’s existence throws another wrench into this plan. He is still under contract for next season, though the dead money in his contract could make a release possible. He is also, likely, a better option if the team has hopes of competing. There are too many moving parts all over to declare anything. The only thing we do know is that San Francisco made its move early to avoid relying on next year’s draft or Kirk Cousins’ potential free agency. The Giants’ future is still murky, though with one fewer competitor in their sights if they decide to pursue that rookie passer.