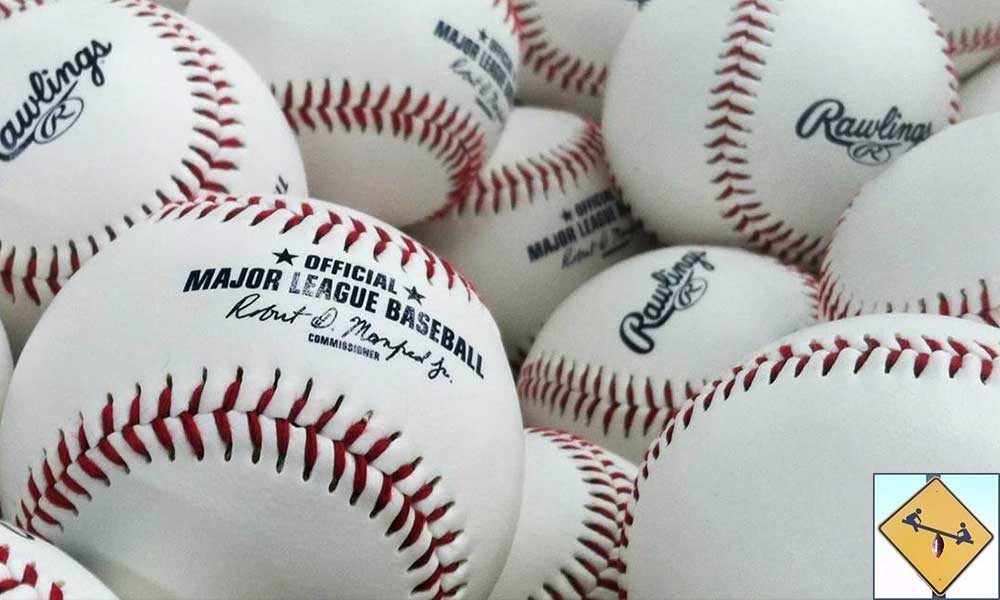 As the MLB offseason begins, facts and stats make it abundantly clear that baseballs were altered to increase scoring. Emotions are running wild, so we debate the pros, cons, and lies.

The Houston Astros’ World Series victory parade is today, just as Sports Illustrated predicted back in 2014. The wild, historic, seven-game series between Houston and the Los Angeles Dodgers contained more swings in momentum and swings for the fences than any series in recent memory. Games two and five were monumental and will remain etched in our minds for years to come.

And yet hanging over the series (and the entire regular season too, to be honest) is the fact that Major League Baseball probably, likely, definitely changed the baseballs and yet refuses to admit it. It’s now the MLB offseason, so just come clean. The balls are jumpier, the laces are smaller, and the balls are slicker than they used to be, which is partially responsible for the huge jump in home runs this season. Yet the league continues to deny any change as the MLB offseason begins.

Well, let me be specific here, because we’re dealing with technicalities perhaps. Commissioner Rob Manfred, as far as I have seen, has not said there has been no change. Instead, he continues to insist that the current baseballs remain within the allowable parameters like they always have. This could be true, but since the range of the baseball makeup is so wide, it can also be true that the balls have changed a great deal. As FiveThirtyEight describes, one ball could fly 49 feet further than another with the same force applied, even if both were inside the acceptable range during inspection.

I don’t really have a problem with the baseballs being altered. In fact, I would assume most people don’t or wouldn’t. The weird part of this is Manfred’s insistence that everything is status quo. Why not admit something is different? Why continue to leave the public in the dark? The league has run a number of tests and studies on the balls from 2016-17 versus from years earlier and continues to say that the current balls are regulation. But it never makes the next declaration.

Do you have a problem with the league changing the baseballs? According to independent reports, it seems to have happened during the 2015 season, coinciding with a real dearth of runs being scored. After the change took place, home runs took off, players started adjusting their swings and aiming for higher launch angles, and here we are.

If you don’t have a problem with the change, surely you have a problem with the cloak and dagger nature of MLB in this scenario. At this point, the league probably can’t admit the balls are different. Everyone is in too deep. But they certainly could have said something last year. I don’t quite understand the secrecy. Now it’s like they are too far into the lie to backtrack.

One final note: however this ball controversy turns out could affect the way we remember the 2017 World Series. It could turn into “the series with the juiced baseballs.”

I must need to read more, because I’ll admit that this is the first I’m hearing about a change to the baseballs. Yet I would not call them “juiced balls” because that evokes memories of the steroid era, which is way out of line. Changing the baseballs for the entirety of MLB is not creating any sort of competitive advantage, no element of cheating is involved, and doing so is quite understandable. In all honesty, I’m completely torn up about this subject.

The 2017 MLB season was a lot of fun, due in no small part to the incredible home run hitting by Aaron Judge, Jose Altuve, and a slew of other baseball stars. The playoffs were a thrill ride because no lead was safe. Baseball was more fun because of the added offense. Most years the playoffs are dominated by pitching, yet not 2017. If this change was made back in 2015, then all of last season was the adjustment period. But I do not recall thinking that home runs were up in the regular or postseasons. They certainly felt way up this year. What I can’t figure out is why MLB decided to not inform anyone of the alterations to the balls.

Altering the baseballs within the designated parameters is something that MLB likely has done many times over the years. It would not surprise me if they changed them in an attempt to limit home runs back during the steroid boom, only to now change them in order to increase home runs since baseball players are off the juice. Hiding these changes only makes sense if they have done it multiple times over the years. Why else would you not inform people that a switch is being made? No one would have complained. Increased scoring is more fun. Pitching was dominating, so this evens the playing field.

After the offensive explosion in 2017, I now expect MLB to alter the balls this MLB offseason to find a middle ground. They don’t want games ending with scores of 13-12 or higher. They’d prefer scores in the 5-7 run range. At least I would prefer scores in that range. The 2017 World Series was enjoyable, but it also felt odd that such great pitchers were getting rocked so consistently. Fatigue felt like the culprit, but the changed balls definitely played a part.


Ultimately I have no issue with MLB changing the baseballs, but I now wonder what else has been altered. I’d rather be informed of a change to the sport during the MLB offseason. Considering the game’s history of deception, its predictable for them to hide this, yet stupid. Tell us your making a change and then create some phony baloney reason. Other sports do it all the time.