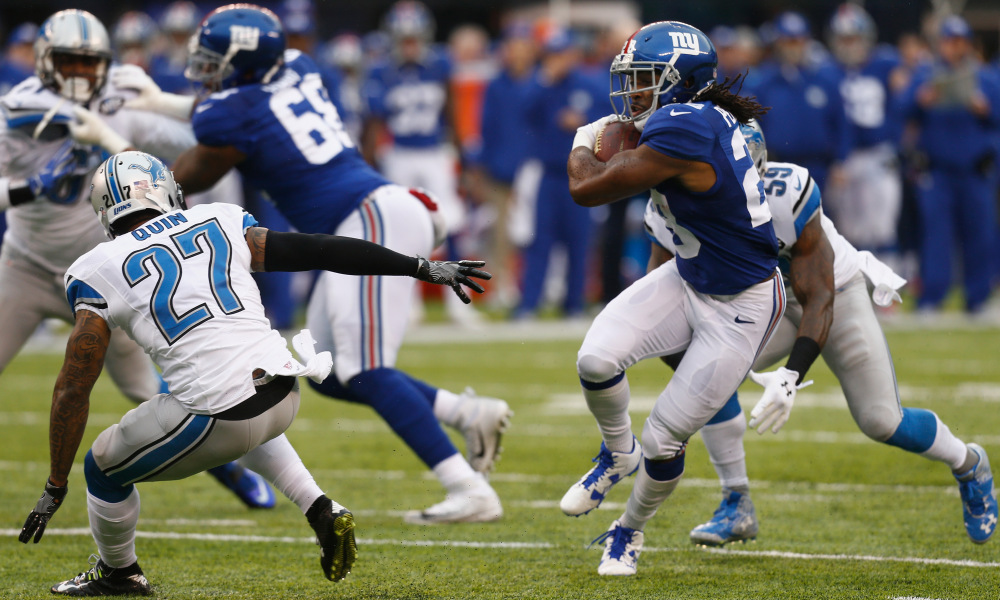 The New York Giants have made some important additions in March, but they still have a number of pressing needs remaining after a week-plus of NFL free agency. Let’s explore.

The New York Giants have been chugging along through the first week of free agency. Despite far less cap space than the average NFL team, New York has done its best to fill numerous holes along the depth chart. That involved signing a blocking tight end, adding offensive line depth, and even bringing in an elite weapon on offense. Working at a cap disadvantage from the beginning, though, means issues still remain. Here are the holes still remaining on the Giants’ roster after a week of free agency.

At this point, the 2017 starting left tackle is going to be Ereck Flowers or a rookie taken in the April draft. There are no plausible options remaining on the market. And, frankly, New York was priced out of all the options that did exist when free agency opened. No one should begrudge them for failing to add a franchise left tackle. That is one of the hardest and most expensive positions to fill. Nothing materialized. Flowers can still move to right tackle if a player is added through the draft, but it is hard to imagine that unnamed rookie being better than Flowers in Week 1 anyway. On a positive note, the interior of the line looks to be in very good shape.

Instead of being priced out of the running back market, instead it felt like New York wasn’t much interested in the RB market. This could be seen as good news. The team, perhaps, has a strong belief in Paul Perkins’ ability to play first and second down, with Shane Vereen remaining the third-down back after being kept on the roster. The draft is another outlet to add someone to challenge Perkins, but it feels like his job.

Geno Smith was in for a visit last weekend, but he has been visiting with other clubs as well. If he doesn’t sign or New York can’t find the money for him, backup quarterback is a major area of weakness. Right now, the spot is barren. Eli Manning, fortunately, never gets hurt. But that doesn’t mean the team can ignore the spot entirely. Spending a high draft pick on the QB of the future feels like a misguided use of funds this year, but a later-round rookie with potential is viable.

Johnathan Hankins may return, though the cap space isn’t here right now. Either way, the Giants need another piece along the defensive front four. Jay Bromley is in line to start alongside Damon Harrison. He is a solid rotation piece but hasn’t shown indications yet that he is worthy of full-time snaps.

The trio of Jonathan Casillas, Devon Kennard, and B.J. Goodson isn’t half bad. J.T. Thomas is a depth piece, but he is likely to be released when the team needs a bit more room under the salary cap. There is little else here at the position, and none of the guys in place are Pro Bowl-caliber. Linebacker is always the weakest part of the Giants’ defense; that is simply how general manager Jerry Reese builds his club. But the corps last year at least had quality depth. That needs to be replenished late in free agency.

Robbie Gould has moved on, and the team is not too torn up about that. It wants someone with a bigger leg and higher ceiling. An undrafted free agent is the likeliest scenario. New York doesn’t really even have a million or two to add a veteran at this point.