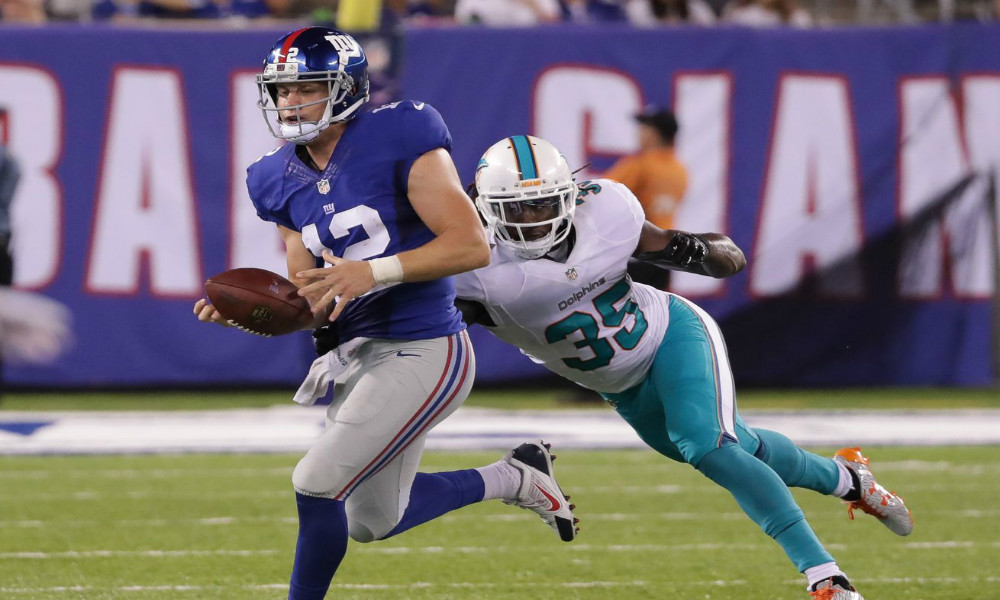 The New York Giants’ NFL preseason schedule got underway last week and will continue through September 1st. The preseason is unlike other football games. There are certain things to watch for during this exhibition action. Really good stuff! (Photo Credit: bigblueview.com)

The New York Giants face the entirety of the AFC East this preseason, with its first game against Miami already in the books and games remaining against Buffalo, the Jets and New England. Here is what we need to keep an eye on during this slate and what are the biggest things to take away from the preseason when all is said and done.

The preseason is completely stupid.

Okay, maybe I got slightly carried away there with an exaggeration. The preseason isn’t completely stupid; it is just mostly stupid. There are still a few things that we need to see from the Giants and some things to watch out for. Number one on that list is avoidance of injuries. This is true for all NFL teams. Arguably the most important thing to see in the preseason is a minuscule amount of injuries.

New York sat all of Eli Manning, Odell Beckham and Victor Cruz in game one because of this. It also saw rookies Sterling Shepard and Eli Apple leave the game early with injuries. They should be okay moving forward, but it highlighted the importance of the preseason, in that it’s so important to probably not even bother playing.

If guys are going to take the field, fans are better served watching for comfortability out of players, rather than playing time and statistics. The numbers accumulated during this quartet of games mean nothing to anybody. Logan Thomas currently leads the Giants in completion percentage. See?

What watching for comfortability means is seeing how players fit into the system and the depth around them. Sterling Shepard doesn’t need to grab a bunch of touchdowns, but he does need to look comfortable and fluid on his routes and be on the same page as Manning during option patterns. Paul Perkins needs to show a comfort level in pass blocking and making the proper reads, even beyond his carry totals. The offensive line doesn’t need to tally pancakes or keep track of sacks and holding penalties, but it does need to show continuity along that right side.

Elsewhere, the preseason is about configuring the depth chart. This will be pretty vital for the Giants, who have so many position battles going on right now. This refers to starting jobs up for grabs, as well as rotations, substitution patterns and depth decisions. For example, Rashad Jennings may be slotted in for the number-one running back job, but Perkins’ ability to understand blocking schemes could lead him to be the number two over the likes of Andre Williams.

And then there’s the aforementioned Victor Cruz. This goes along with injury avoidance, but the Giants need to see something from Cruz this preseason to know if he’ll be ready to go for Week 1 or not. Cruz will no longer be a star in the NFL, but he could still be a useful wide receiver on New York, a team that should pass quite often.

Any impressive stats that someone puts up in the preseason are irrelevant. That stuff never seems to matter, positively or negatively. This is a time for coaching staffs to find out what they have, try out new and interesting things and get their guys in the best game shape possible. If you find yourself watching the preseason (*shudder*), do yourself a favor and don’t read the box scores. It will just mislead and deceive. Instead, watch the interactions between the players and coaches. Comfort level is key.