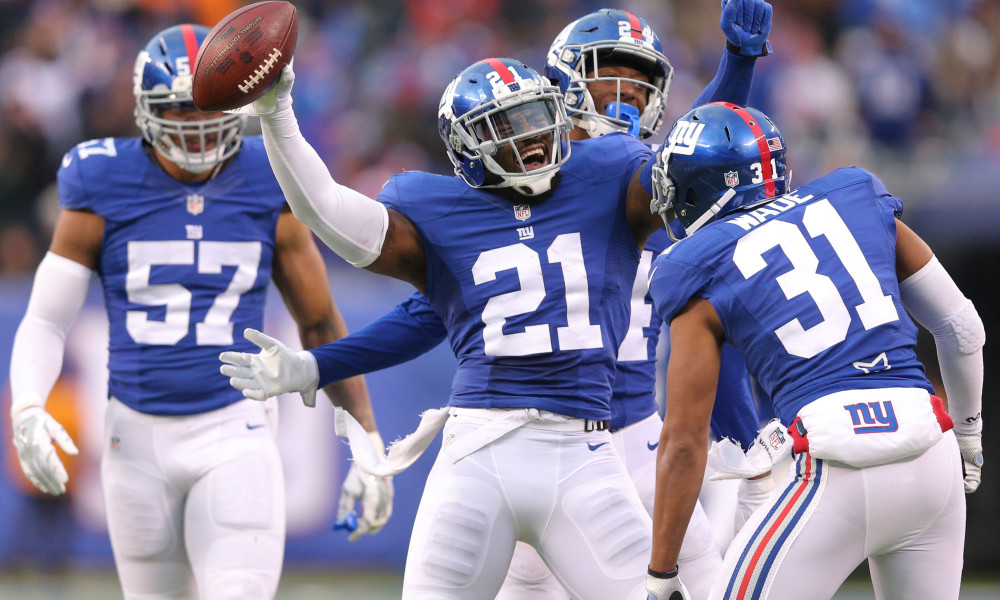 A lot is on the line for the New York Giants in Week 17 of the NFL season. It just happens to not be taking place in their own game. Who is their preferred playoff matchup?

Heading into Week 17 of the NFL season, the New York Giants have nothing to play for. They have already clinched a spot in the postseason and are locked into the fifth seed in the NFC. No matter what they do on Sunday against Washington, New York will be the fifth seed in the playoffs. They will travel on the road to face the fourth seed, the worst division winner.

The interesting thing is that the fourth seed can still be four different teams. All of Seattle, Atlanta, Green Bay and Detroit are alive for the postseason and can either fall or rise to that fourth spot to host New York.

The Falcons are 10-5, currently in the second hole in the conference. For them to fall to fourth, they would have to lose to New Orleans while both Seattle and Detroit won their respective games on Sunday.

Seattle can also finish fourth. All that has to happen is it loses to San Francisco and finishes 9-6-1, half a win behind the other division winners. Or Detroit can be the fourth seed. That happens if the Lions beat Green Bay, but both Atlanta and Seattle still win. Lastly, Green Bay can win the NFC North and be the fourth seed if it defeats Detroit, and Seattle also wins.

Those are the scenarios. The Giants have no control over any of these outcomes. That doesn’t mean they don’t have a wish though. Of the four possibilities, who would New York rather face, and who would it hope to avoid the most?

The first answer is rather easy. Detroit is the team the Giants want to play. First, they just played Detroit two weeks ago and won comfortably. The game was low-scoring, but the Lions never seemed to threaten the NY defense. Second, Detroit has the worst point differential of any of these playoff contenders. At -5, it is an astounding 133 points worse than Atlanta in 2016. Third, the advance metrics put the Lions as far, far worse than all of these other squads. According to DVOA, not only is Detroit not on the same level as Atlanta, Seattle, and Green Bay, but it is one of the worst teams in the NFL period. The Lions rank 27th in the NFL overall, including the very worst defense in football.

That is surely the team New York hopes to face. The Lions are 6-1 at home this season, which is the only piece of evidence against wanting to go to Detroit for the playoffs. But even that record isn’t clearly better than anyone else’s home record outside of the Falcons.

Atlanta and Green Bay actually rank first and second respectively in DVOA among these five teams (including the Giants themselves). But I think New York would rather face either one over Seattle. They are better matchups for what NY does well. Both Atlanta and GB rely heavily on their offenses. The Falcons have the number-one offense in football; Green Bay’s ranks sixth. Meanwhile, both teams have suspect defenses. They aren’t on the level of Detroit’s, but they also don’t win football games. It is the opposite formula of New York. The Giants can win with their defense. Thus, they would fare better against defenses that give their offense a little breathing room. Against Seattle, that would not be the case.

Seattle’s defense and special teams are elite this season. The team wins in a similar way to the Giants but are slightly better at it. It is also well-versed in playoff football under Pete Carroll and with Russell Wilson at quarterback. Add in the home-field advantage in Seattle, and the Seahawks seem like the worst matchup for the Giants in round one. They are not playing great football right now, but it is hard to imagine them not kicking it up a notch in the postseason.

Fortunately for New York, picturing Seattle losing to San Francisco in Week 17 seems fictitious. Of course, Detroit finagling its way to the four seed is also not a clear path, requiring three total outcomes. We are forced to play the waiting game.