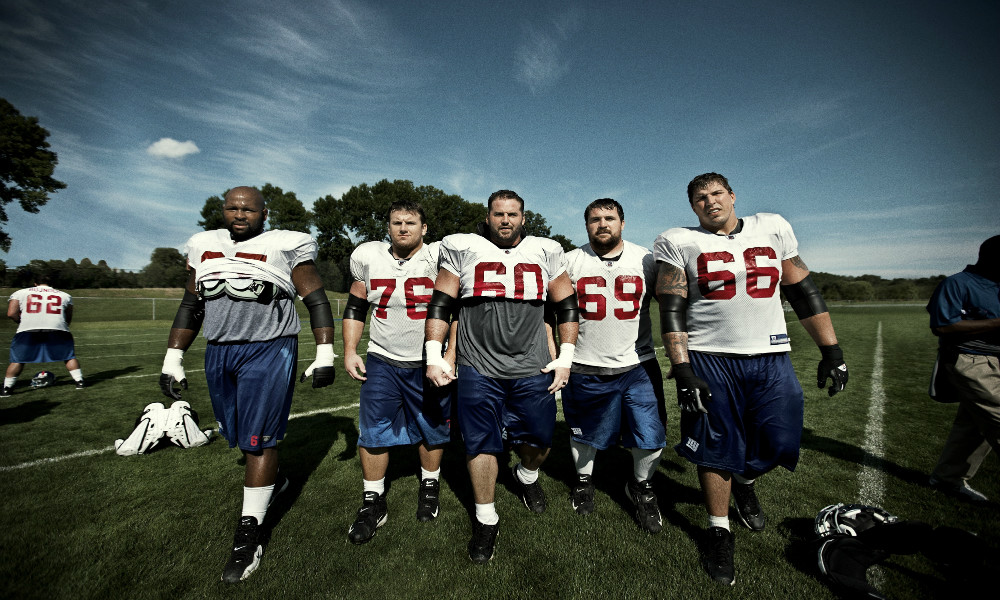 The offseason moves have begun for the New York Giants, and with decisions to release a group of past starters now made, there are more holes to fill on the offensive line. Even with a shaky defensive situation, o-line has become the team’s biggest need. (Photo Credit: newyorkstateofsports.com)

With the release of offensive tackle Will Beatty and guard Geoff Schwartz, the New York Giants enter the early offseason having created a new hole to fill on their roster. Not that they had much choice. Each coming off of major injuries, both Beatty and Schwartz were not worth retaining at their prices. And besides, neither could seriously be counted on as a 16-game starter for 2016 anyway.

So now, on top of all the holes on defense and whatever can be done to improve the skill players on offense, New York needs two starting offensive linemen. For joy.

Beatty’s replacement doesn’t have to play left tackle, as last year’s rookie Ereck Flowers filled the position capably if not excellently. Justin Pugh will also be around for next season, and he has the versatility to play both guard and tackle depending on where the team’s greatest need lies.

Right tackle is always easier to find on the market and for a cheaper price than left tackle. Guards are usually cheaper than tackles. None of this matters if the market doesn’t bear out the players though. And the 2016 offseason market for starting-caliber offensive linemen isn’t great. Not to mention the fact that dozens of other teams will be looking at the same players as the Giants.

At the top, the market seems to have a number of excellent options, but all of these players are likely to return to their old teams either through a new, long-term contract or the franchise tag. The likes of Russell Okung, Andre Smith, Donald Penn, Richie Incognito or J.R. Sweezy would be huge gets for the Giants. It probably isn’t happening.

Instead, the team must turn its sights toward the next tier of linemen. Kelvin Beachum and Kelechi Osemele are a pair of intriguing options at the tackle position. At guard, there is a collection of former starters who would be upgrades for New York, led by Ronald Leary or Evan Mathis.

A decision to shove resources into the offensive line comes down to nothing more than general manager Jerry Reese deciding to do so. New York has plenty of cap room to grab a number of free-agent linemen, and the remaining depth chart is in a dire enough spot where such a move is necessary. Giants fans saw how bad things got last year across the offensive front. Imagine the same thing happening next season, but the backups that came in as injury replacements would instead be the number-one guys. That is what this team is staring at right now.

Everyone harps on the precarious nature of the defense, and that is true. The Giant defense needs a lot of help. But to begin free agency, there is no more pressing issue facing the club than adding important pieces in front of Eli Manning. Three starting-caliber offensive linemen aren’t enough to run an offense no matter how open Odell Beckham Jr. gets himself.

More NYG: Giants Should Not Bring Back Jason Pierre-Paul