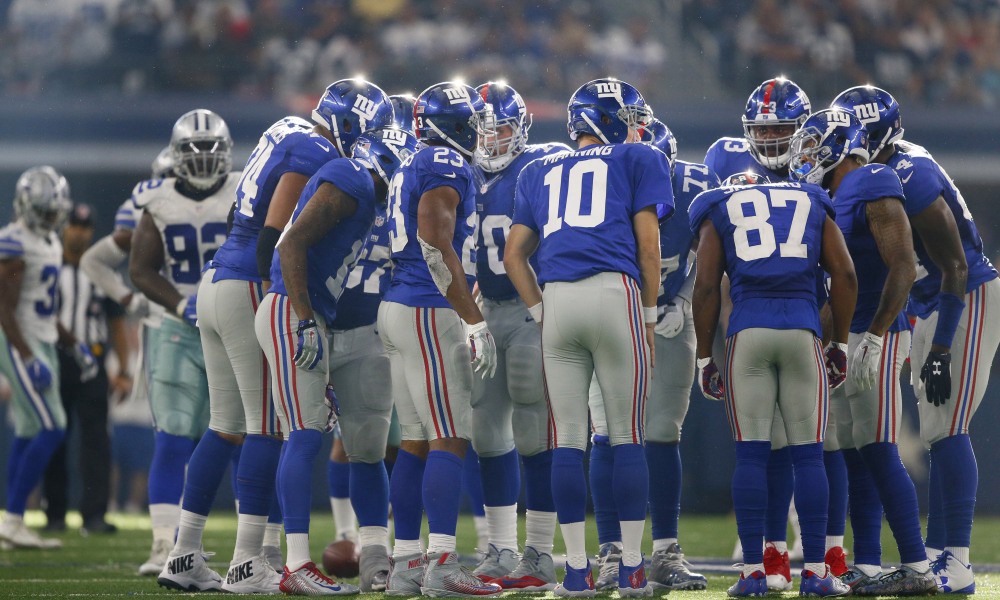 The New York Giants are sweating out injuries to some major offensive players, but the output of the rest of the unit has been the far bigger concern this preseason.

The biggest news out of the New York Giants’ second preseason game was the injuries. Wide receivers Odell Beckham Jr., Brandon Marshall, and Tavarres King all went down and were removed from the game against the Cleveland Browns. Even after losing all of those pieces, the more concerning thing for New York moving forward is its offensive output.

Beckham suffered a sprained ankle that looked much worse. (Remind anyone of Sterling Shepard’s injury?) King also hurt his ankle. Marshall left with a shoulder injury. The trio is a major part of the Giants’ offense. Yet beyond those absences, New York has real issues on that side of the ball.

Even a completely healthy return of all injured players won’t necessarily solve what ails the Giants. They are having issues generating positive offensive plays.

The passing game, specifically with Eli Manning, has been all check-downs and underneath thus far in the preseason. No quarterback is averaging even 6.0 yards per attempt through two games. Geno Smith leads all four passers with a 5.8 yds/att average. In the NFL last year, that figure would have tied with Brock Osweiler for dead last among 30 qualified quarterbacks.

Like last season, this isn’t necessarily even on the quarterbacks. The offensive line is not giving these guys enough time to scan and throw. Through 77 attempts, no QB has completed anything longer than 21 yards. In two games, they’ve been sacked nine times.

The offensive line also isn’t helping the cause on the ground. Running backs are struggling to find any room to operate. Starter Paul Perkins has 11 carries for 13 yards, which is…uninspiring. It has opened up a narrative that Orleans Darkwa and/or Wayne Gallman could be primed to steal snaps away from him. However, neither guy has been anything better than adequate, averaging 3.3 and 4.1 yards/carry respectively. Also, neither has broken a run longer than 11 yards. This is not normally the type of production that would unseat a starter, but the whispering has begun nonetheless.

Between the stuffed runners, scrambling quarterbacks, and leaky offensive line, the injuries to these wide receivers are just a small part of what ails this unit. We obviously need Beckham and Marshall back healthy, but we need a lot more to change as well these next two weeks. Injuries look like a red herring to what’s really wrong with the Giants’ offense.