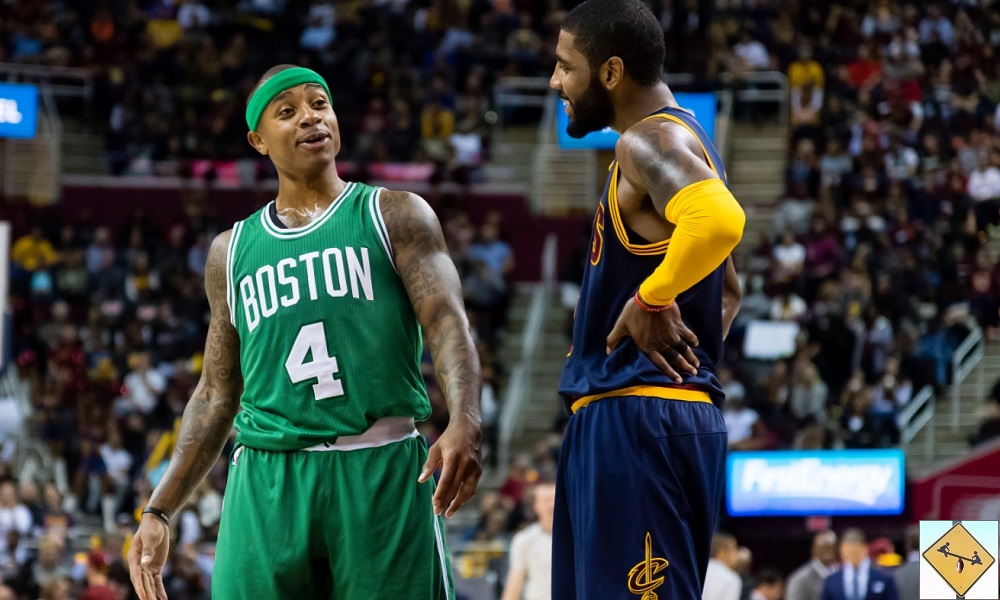 The Cleveland Cavaliers have once again proven their incompetence, getting cold feet in the Kyrie Irving for Isaiah Thomas trade with the Boston Celtics. The best deal is on the table and Boston holds the cards.

The story surrounding the major NBA trade between the Cleveland Cavaliers and Boston Celtics has taken another turn this past week after Isaiah Thomas failed his physical. Interestingly, the common narrative seems to be that Cleveland is a big winner because of this situation. Many already felt as though the Cavaliers won the original trade, and now that Thomas failed his physical, they will be given an additional piece to make the trade go through. After all, Boston can’t turn back now after alienating Thomas.

But this discussion seems to ignore an important point. The Cavs really need Thomas at 100 percent to compete for a title this coming season. A hobbled or injured Thomas could improve the team’s trade haul, but it means the team will be much, much worse in 2017-18.

I get that Cleveland isn’t as good as Golden State, and LeBron James possibly leaving after the season means they are set for a rebuild anyway. But it is still one of the three best teams in the NBA right now. A team at that tier has to try to compete for the championship. Making this trade (even if given another draft pick or what have you) and getting damaged goods in Thomas means the team won’t be able to compete as well.

The other option for the Cavs would be to rescind the trade and try to run things back with Kyrie Irving or try to find another trade for him. This Boston deal was probably the best thing on the table for Irving, which makes the latter point more unlikely. But wouldn’t Cleveland be better served, in terms of competing for a title, reversing this trade and rolling with LeBron and Kyrie for another season? That team is better than this new squad if Thomas can’t give it a go for all six months. The locker room would feel awkward, but less awkward after another 55 wins and a trip to the conference finals.

I’m not going to pretend to be a doctor, but I’m pretty sure Isaiah Thomas had an injured hip before trade talks began. He was not running then and is not running now. The severity of his injury has not changed, so perhaps the Cavaliers should take a long look in the mirror and decide if they truly hold the leverage here. Its Cleveland who needs/wants to trade its second best player and they will be hard pressed to find a team able to send back better assets than Boston.

Let’s all just admit the truth of things. The Cleveland Cavaliers are a poorly run organization. They got lucky with LeBron James and got lucky again with Kyrie Irving. Then they got lucky a third time because LeBron actually wanted to come back to them. Eventually one must rely on skill over luck. Years of losing delivered James and Irving and a championship. If Cleveland was run better, perhaps Irving and James would currently want to stick around. Perhaps Cleveland would not have gone all-in on a deal for an injured player. Perhaps they would not be holding their tail between their legs, threatening to veto a trade that they basically have to make.

You are correct in your assessment of the team. Cleveland is better with Irving alongside LeBron James, but that is fairly obvious. Both players no longer feel the love in Cleveland. They see the writing on the wall and it’s not brighter than what Golden State has to play with. The Cavs will not be trotting them both onto the floor this season, so who are they kidding? Boston is offering the best deal. Thomas will come back at some point. Is there really a better player they can get than him?


If I’m the Celtics, I push the envelope a bit. Perhaps adding a second round pick can finalize this deal, but there is no way I’m adding in another first rounder. Nothing has changed in terms of Thomas’ injury. He was always going to fail his physical. I don’t respect cold feet, but I’ve come to expect this level of indecision from the Cleveland Cavaliers.