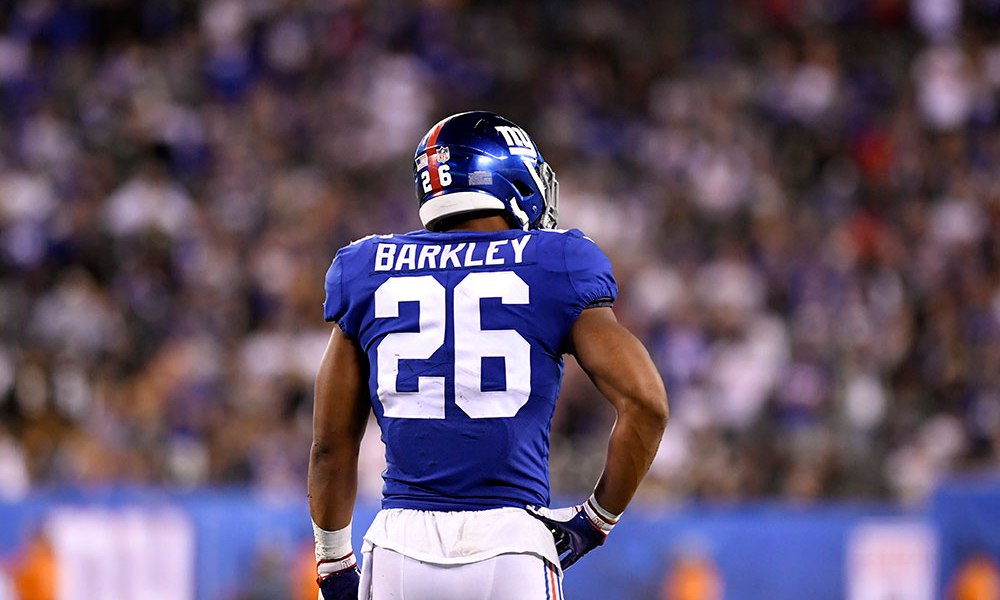 The NFC East has been arguably the worst division in football through five weeks. Despite that muted competition, the New York Giants are still a bad football team unlikely to make any noise the rest of the season.

Another last-second, debilitating defeat in Week 5 seems to have put the New York Giants’ 2018 season on ice. Thanks to a 63-yard field goal as time expired, New York fell to a record of 1-4 and essentially out of any discussion of making the postseason.

Mathematically, a 1-4 record wouldn’t put the Giants out of reach in what has molded into the worst division in football. The Washington Redskins moved into first place by having a bye last week. No one else in the division is better than 2-3 or even has a positive point differential. The Philadelphia Eagles, who were supposed to run away with the NFC East, look nothing like the team that just won the Super Bowl, even after getting their star quarterback back healthy.

ALSO ON BUZZCHOMP: Norm Macdonald Has a Weird Show

That scenario would set up even the biggest stumblers with a hope of competing. New York doesn’t seem to fit into that category though.

The New York Giants didn’t really deserve to lose in Week 5, not that that matters. Two terrible calls late in the game swung the momentum, and Carolina still needed Graham Gano’s miracle kick. Perhaps to spare us the agony, FOX cut away from the game with six seconds remaining in many markets around the country because rules are rules, and no one who works at a football network is actually a football fan. But it was a fine allegory. You don’t need to see this happen; you know it’s going to be bad.

On offense, the star players have begun to look like stars, but it isn’t enough. The offensive line isn’t opening up any space for Saquon Barkley. It is the second-worst run-blocking unit in the league according to DVOA. He normally spins twice before even reaching the line of scrimmage just to avoid contact in the backfield. And Eli Manning isn’t doing anyone any favors.


Week 5 was the first time all season Manning actually had his eyes down the field, and yet he still is averaging just 7.39 yards per attempt. Manning ranks 32nd in the NFL (out of 35 qualified passers) with a mark of just 10.3 yards per completion. Despite his proclivity for bailing on plays as pressure closes in, by either taking a dive or dumping passes off, he is also taking sacks at a reasonably high 7.9 percent of the time (27th out of 35). During a year in which passing offenses around the league have taken off, Manning has not.

The New York Giants defense has not taken off either. It currently ranks 28th in DVOA and dead last in sack rate. The injury to Olivier Vernon has been a huge issue for New York, but no one else has stepped up in his absence. With no pressure, even inaccurate quarterbacks like Cam Newton are able to sit back and scan for open windows. A healthy Eli Apple helped the secondary, but even Janoris Jenkins was getting picked on occasionally. No one can cover forever. And poor tackling just adds to the unit’s issues.

A short week follows; New York plays Philadelphia on Thursday night. The winner will still be in the division hunt, as bad as each team’s season has been. The Giants don’t feel like a squad ready to win this one though. They are the worst team in a bad division; a small fish in a small pond.