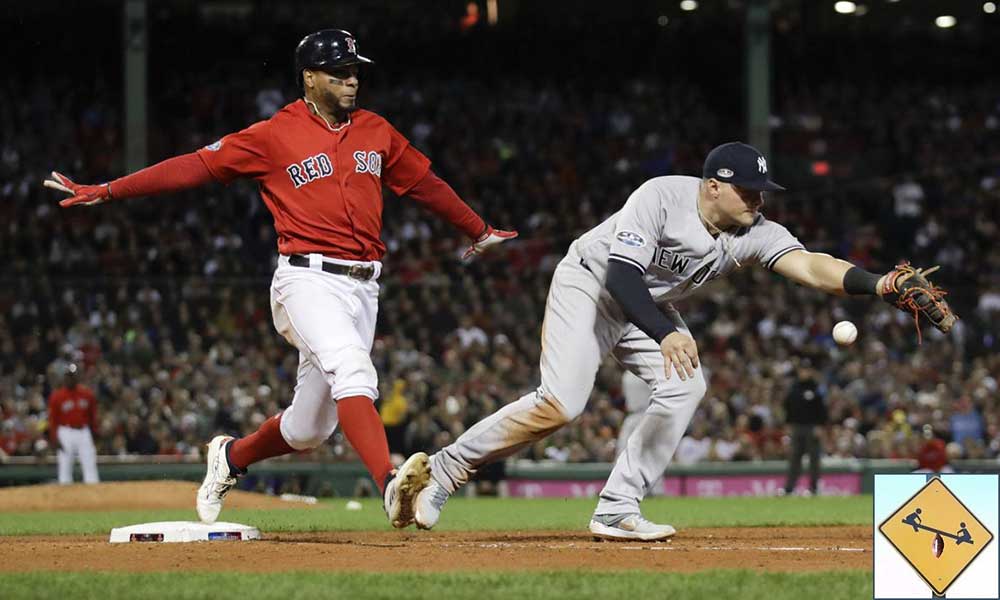 Home field is certainly an advantage, but in the MLB Playoffs 2018 it’s completely ruled the day. Will ANY teams be able to win on the road? We debate.

What a fascinating beginning to the MLB Playoffs 2018, beginning with the divisional tie breakers and through the early games of the divisional playoffs. Before the official postseason even began, game 163 gave us an interesting query. Was it better to have been the Atlanta Braves (locked into a lesser seed but assured of a spot in the divisional round) or one of Chicago and Milwaukee?

In the latter matchup, the Cubs and Brewers each had their own chance to not only clinch a spot in the second round of the playoffs, but to also secure the top overall seed in the National League. However, on the flip side, a loss would relegate them to the wildcard game, having to play a winner-take-all just to get into the second round.

That’s obviously what happened to the Cubs. They went from battling for the top overall seed to being eliminated entirely in the span of two games. That is harsh, but was the opportunity perhaps still preferable to Atlanta’s course? Home field advantage throughout the playoffs is a valuable asset. We have already seen both NLDS home participants take games one and two, as well as both ALDS home participants win game one. The Braves, while comfortably in the postseason, were sitting and watching as their peers were fighting off the kinks, and in the Brewers’ case, earning home field throughout.

Normally, I would be all-in on Atlanta’s side of this. Of course you would rather be guaranteed a spot in the LDS than not. But there is something to be said for wanting that shot at the one seed. I wouldn’t have the guts to want that for my own squad, but I could appreciate the state of mind that desires it.

As we venture through this postseason and see, specifically, how far the Brewers advance, it will be worth wondering how much of that was due to getting battle tested in the tiebreaker and earning the top spot.

I always want my team to avoid the Wildcard game, or game 163 for that matter, but it does appear that winning such a game gives the victor some added confidence. Despite the Yankees losing game one to the Red Sox, barely, they showed added poise because of their victory over Oakland. They already won a playoff series. That cannot be discounted.

The truth is obviously more grey. Home field advantage is very real and a major advantage. Every home team has won every game thus far in the MLB playoffs 2018, with Colorado over Chicago as the lone exception in the NL Wildcard game. Milwaukee definitely gained something by beating the Cubs, winning the NL Central, and capturing home field advantage. Now they are one game away from advancing to the Championship round of the playoffs.

ALSO ON BUZZCHOMP: NY Jets No Longer Fun To Watch

Guts are what the postseason is all about. No guts, no glory. Our New York Yankees have now won the Wildcard game two years in a row. There is something about winning a winner-takes-all single elimination game that cannot compare to anything else. The remainder of the playoffs is best of 5 or best of 7 series. One game creates or destroys momentum, but its only a single game. New York has all of the momentum in their series against Boston, despite losing game one. They were all over the Red Sox bullpen and nearly came back from a 5-0 deficit. Obviously being up in the series is better than momentum and confidence, but longterm success in the playoffs is predicated on both.

If the Brewers make the World Series, I’m certain they will credit winning game 163 for their run. Atlanta did all it could and won its division, but they are down 2-0 to Los Angeles at the moment after losing on the road. That’s a big hole to climb out of. The flip side is Colorado, who lost game 163, then won the Wildcard game. They salvaged their momentum and confidence, yet its all gone now. I’m not familiar with each playoff teams’ home and road splits this season, but home field has been an obvious advantage thus far in the MLB Playoffs 2018. It usually is, hence being the reward for a better record. Winning game 163 was the key in the National League, because it determined home field. So far its made all the difference.