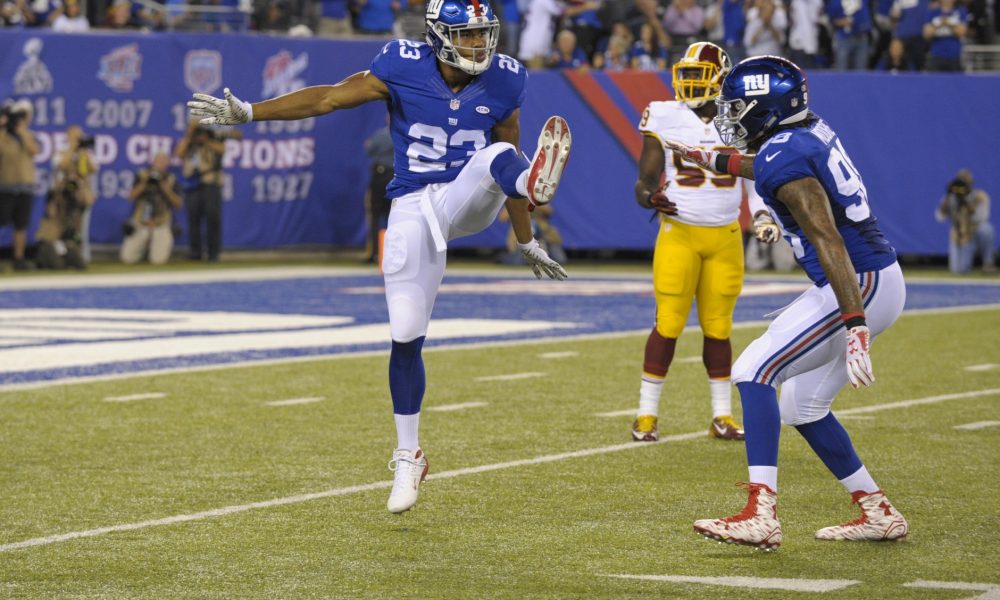 The New York Giants have a chance of winning the NFC East this season, but how good of a chance? With a two-game hole, but the tiebreaker in hand, it could be interesting.

Entering Week 15 of the 2016 NFL season, the New York Giants stand with a record of 9-4, good for second-best in the NFC. However, the team with the number one record also resides in the Giants’ division; that being the 11-2 Dallas Cowboys. After defeating Dallas head-to-head last week, what are the Giants’ chances of winning the NFC East title?

New York has a non-zero chance of capturing the division crown, which is rather astounding considering Dallas had won 11 consecutive games before last week. The Giants stand two games behind the Cowboys, but hold the tiebreaker if the two teams were to finish with the same record. That means, with three games remaining, New York has to be two games better than Dallas. Either the Cowboys can go 0-3 with New York finishing at least 2-1, or the Cowboys go 1-2 and the Giants win out. Those are the options. New York has a non-zero chance, but chances are not good.

The two teams have surprisingly similar schedules remaining. Each team faces the Detroit Lions at home: New York this week; Dallas next week. Each team also faces the Eagles in Philadelphia. The third game is where some separation is found. The Giants get the Redskins on the road in a tough divisional game, while Dallas hosts a streaking Tampa Bay squad.

Though the Buccaneers are on fire, having won five straight games, it seems hard to imagine the Cowboys falling in even two of those final three games. But let’s say they do. That would require New York sweeping the final three weeks to finish with a record of 12-4. Can they do it?

Though the Giants have accumulated a spectacular record, they still own the worst point differential in the division at +11. They also still have a super shaky offense that cannot block and cannot run the football. Last week, an Odell Beckham screen that he took to the house was essentially the only offense the team managed, despite Dallas being one of the bottom third defenses in the league. Washington and Detroit have even worse defenses this season than Dallas, especially against the run, so perhaps that opens up some holes.

The Eagles, though, still have one of the elite defenses in football, similar to New York’s own. And sweeping Philadelphia this season, including winning this one on the road, is a tall task. Philly has not been good, but it is a very solid home team. That makes New York’s objective all the more difficult.

With all these factors added together, it seems remote that the Giants will take home a division title this season. They would need to win out; they would also need Dallas to fall at the hands of multiple underdogs. Chances are slim. Football Outsiders put a figure on the team’s slim chances: 4.8 percent. So you’re saying there’s a chance!