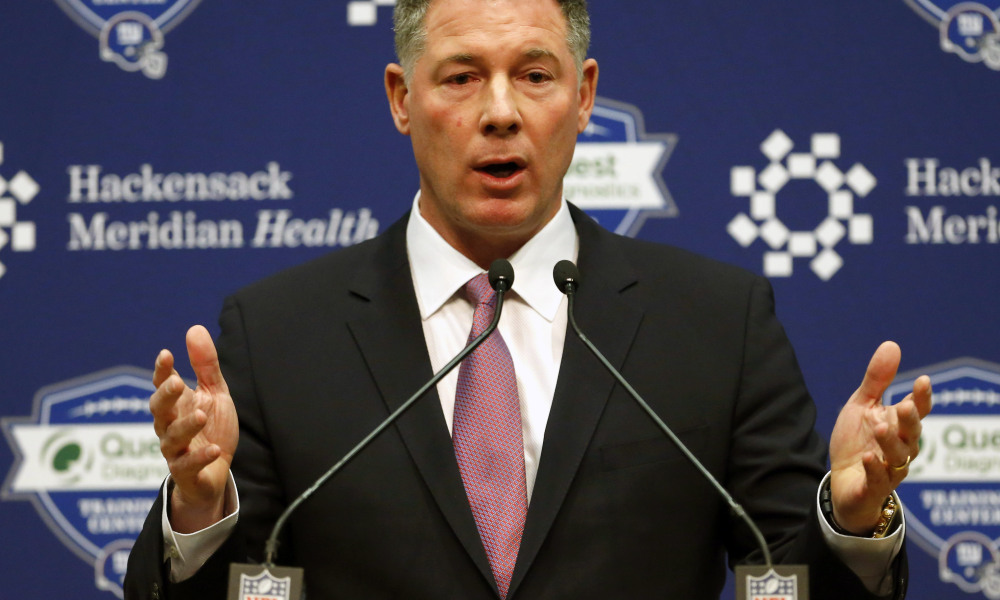 Mike Shula and James Bettcher were added as coordinators for the New York Giants. One is questionable, while the other is inexperienced. This could be trouble.

The New York Giants signed Pat Shurmur to be the latest head coach of their franchise. He subsequently hired his coaching staff, as a new coach is wont to do. The main hires on Shurmur’s staff are the coordinators: offensive coordinator Mike Shula and defensive coordinator James Bettcher. While each has strengths and weaknesses, obviously, the pair offers loads of questions for New York and the coming seasons under their leadership.

Shula is a famous name in football circles. “Mike” Shula is less famous, since his father, Don, is the winningest coach in NFL history. Don has 328 career victories. Other than George Halas, no other coach has even surpassed 250 yet (with Bill Belichick set to pass that threshold in 2018). Mike is still kind of famous, but for vastly different reasons. His biggest claim to fame is being the head coach of the University of Alabama immediately prior to the reign of Nick Saban.

Shula coached for most of four seasons at Alabama. In that span, he lost 23 times, officially winning just 10 thanks to the Crimson Tide vacating wins due to NCAA violations. Interestingly, the NCAA does not strip a coach of his record over a period of indiscretion; just the wins. Thus, Shula’s 16-8 record between 2005 and 2006 is officially a record of 0-8. After Shula left and an interim coach led the Tide for a game, Saban came in. In the 11 years and counting since that hire, Saban has still lost fewer games than Shula did during his small tenure.

The infamous college label on Shula didn’t really follow him into the NFL. Instead, he became a nobody, which is arguably worse. He was a quarterbacks coach for a few teams, a label he will also have for the Giants in 2018. Shula then became Carolina offensive coordinator in 2013. In 2015, he was named PFF Offensive Coordinator of the Year, which I didn’t realize was a thing but still sounds impressive. The bad news is that things took a turn after that, leading to Shula’s release from the Panthers.

It never feels good to hire someone for the same job of which they were just fired. Hiring fired head coaches as coordinators feels safe, as they get to show of the skills that got them hired above their skill level in the first place. Rehiring a fired coordinator has nothing approaching that feeling of peace. That is where the Giants stand with Shula. He has shown very high highs, but also lows. And if not for an MVP season by Cam Newton, it would be nearly entirely lows. Which came first, the coordinator’s game plan or the player’s MVP-caliber talent?

On the defensive side, Bettcher is a much bigger unknown, though a net positive. Oftentimes, not knowing someone’s ceiling is better than knowing it and being disappointed by its level. Shula has a set ceiling that seems to be rather low. Bettcher, on the other hand, is a 39-year-old with just a couple of seasons of coordinator experience under his belt. He took over for Todd Bowles as Arizona Cardinals’ defensive coordinator in 2015. In 2014, Bowles’ bunch was a top-10 defense. In 2015 and 2016 they got even better, ranking third overall according to Football Outsiders in both seasons. Last year was a step back…all the way to being the fourth-best defense in football. In three years, Bettcher has been at the helm for three straight top-four units.

Luckily for New York, it has the talent on defense to allow a young man with promise to bring it back to those same levels. The offense is another story. Fortunately, offense also happens to be Shurmur’s forte. Shula can’t mess that up too much when the head coach is the man running the show.