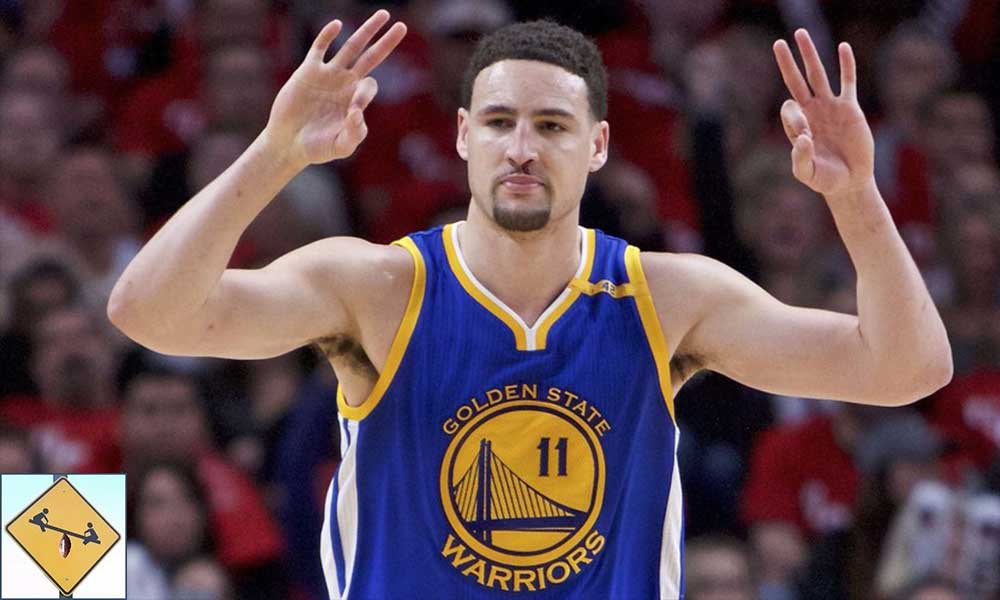 Everyone knows the best part of NBA All-Star Weekend 2018 is Saturday Night with the Dunk Contest, 3-Point competition and Skills Challenge. Final Predictions for every winner!

The Toronto Raptors and Houston Rockets are in first place in their respective conferences at the NBA All-Star break. The Golden State Warriors are not in first place at the break. The Cleveland Cavaliers are not even in second place. Oh what a world!

Saturday night is the real bonanza. It is our job to pick winners, for the skills challenge, three-point shootout, and slam dunk contest. These are the cream of NBA All-Star weekend 2018.

For a refresher, the skills challenge is a basketball fundamentals contest between point guards and centers. Don’t ask me who has won this in the past because I have no idea. The sneaky part of this is the guard competitors are kind of trashy (for All-Stars that is), and the centers are supremely awesome, for the most part. That skews the results. Even still, I’m picking Jamal Murray to win it.

The three-point shootout is an okay field. It’s actually pretty great, but lacks both Steph Curry and Kevin Durant. It’s as good as the group can be minus those two. Wayne Ellington will surely be called the sleeper of the contest dozens of times Saturday even though he’s fifth in the NBA in made threes. Paul George is the surprise assassin. He is currently setting career highs in three-point attempts, makes, and percentage. It is rare to see someone kick up their attempts and their shooting percentage at the same time. Eric Gordon is the defending champion.

My pick is between Brad Beal and Klay Thompson, and I’ll take the latter. Want to know something insane? Thompson is shooting over 45 percent from three this season on over seven attempts per game. That has happened exactly two times before in NBA history: Curry in 2012-13 and Curry in 2015-16. This would be the first non-Curry season ever to produce that stat line.

The nightcap is the slam dunk contest between rookie sensations Dennis Smith and Donovan Mitchell (the latter being an Aaron Gordon injury replacement) and young vets Victor Oladipo and Larry Nance.

I immediately rule out Oladipo. He’s too good this season to really let loose and win this. Once players become legitimate All-Stars, their slam dunk chops seem to wane. Nance is also out. At 6-9, 230, he’s too big to look as impressive as these other guys. That means I have a rookie winning it.

All the buzz surrounds Mitchell, who is the current favorite to win Rookie of the Year. He is the first true first-year player to average more than 19 per game since Tyreke Evans in 2010. (Joel Embiid and Blake Griffin were rookies but had been in the league years prior.) That said, I’m going with Smith. Mitchell feels like the power dunker of the two, while Smith can be more versatile. Call it a hunch…since all these are just blatant guesses to begin with.

Not only is NBA All-Star Weekend 2018 here in Los Angeles, woot woot, but its a far greater show than the All-Star game itself. There aren’t exactly “big” names on display, but that’s what makes Friday and Saturday night so amazing. These players WILL be big names very soon, because of how they perform over the weekend and throughout the remainder of the season.

MORE BUZZCHOMP: Counterpart Reaction – The Other Side Revealed

The Skills Challenge is a sneaky great competition that has no clear favorite. Lou Williams has home court advantage amid the best season of his career. I can see him stealing the show and the challenge in front of his home crowd. Al Horford is another sleeper pick, because he always feels like a candidate to explode at the most unexpected times. All that being said, I’m going with Joel Embiid who is truly stealing the NBA spotlight. Winning this competition as a center completes Embiid’s rise to the top of the NBA pantheon.

The three-point shooting competition is literally anyone’s to win, because whomever gets hot first likely takes home the crown. I believe our defending champion has the leg up, entering the competition on the top team in the league no less. Eric Gordon is my pick, repeating as champion. In terms of the Slam Dunk competition, we have only four competitors. This is my favorite event by far and also has a hometown participant. My money is on Mitchell to win this, making his presence known on the big NBA stage for all fans to see.