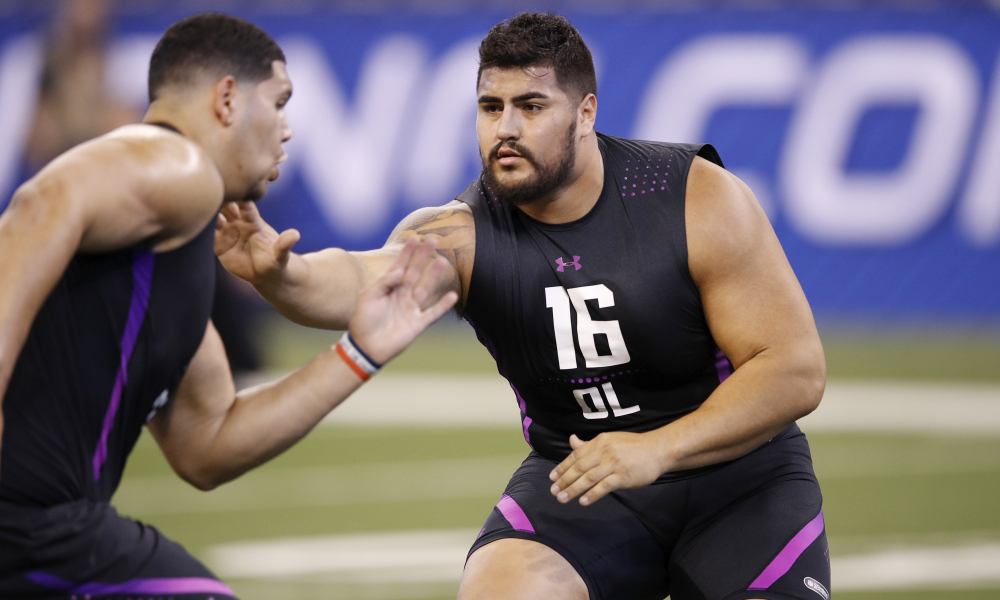 With four picks recorded and just two more remaining, the New York Giants are almost complete with their 2018 NFL Draft haul. Talent was added in the first two days, but other options could have made the roster better.

Through three rounds and two days of the 2018 NFL Draft, the New York Giants are a better football team than they were before. However, that happens by default, especially when drafting as high as this team is. New York has made some nice selections but also could have went in other directions. It had four picks in the first three rounds, and each one came near the very top of a round. That meant a lot of talent was always on the board. That also meant a lot of talented players were passed over by the Giants when the pick came in.

We already discussed the flub that is taking a running back with the second overall selection. At the top of round two, the Giants seemed to double down on building the running game by taking a road-grading offensive lineman – UTEP guard Will Hernandez. This was a need pick and someone who should certainly help Saquon Barkley and the new running game. However, there were far more talented players that would also have fit needs in that spot.

Harold Landry and Josh Jackson are two that spring to mind. Landry is a 3-4 pass rusher, perfect for the Giants’ new scheme. He was taken 41st after the Giants passed at 34. Jackson is a cover corner who received a first-round grade and was taken 45th. After the departures of Jason Pierre-Paul and Dominique Rodgers-Cromartie, either prospect would have filled a major need with more upside than Hernandez possesses along the interior of the offensive line.

New York helped alleviate some of its mistake of passing on Landry by taking Lorenzo Carter in round three. Three picks later, the Giants took a Damon Harrison clone in nose tackle B.J. Hill. The success of these guys will depend on how they are utilized in defensive coordinator James Bettcher’s new system. Carter will certainly be best served as an outside linebacker since he needs to add strength and weight. Hill is currently lined up to be Harrison’s backup. Can either play actual 3-4 defensive end? The answer to that could determine how well the front seven performs next season.

In the final four rounds Saturday, Big Blue has just two picks: a fourth-rounder and a fifth-rounder. Unless trades are made, these two selections will be the team’s final chances to fill in remaining holes. New York still needs help in the secondary, specifically at cornerback. Another offensive lineman could be in the cards as well, especially if management is still working on unloading Ereck Flowers. And then there are the questions about special teams. The Giants are attempting to replace their kicker, punter, and return man this offseason. Punter may be filled after a trade earlier this month, but the other two key spots remain a battleground.