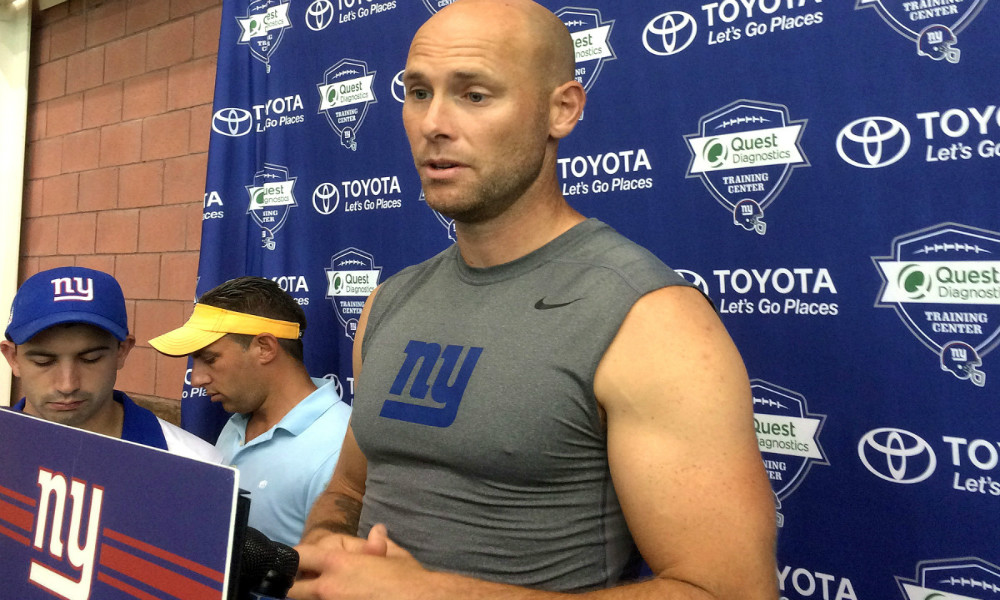 New York Giants kicker Josh Brown has been suspended one game for his actions stemming from a domestic violence charge back in 2015. The organization now has a decision to make with its kicker position, even though it would be without Brown’s services for just one game. (Photo Credit: nypost.com)

Perhaps it is disrespectful to call such a situation a conundrum when the issue stems from a domestic violence charge. Nevertheless, the New York Giants are in such a pickle after news broke that kicker Josh Brown would be suspended one game for his actions against his former wife back in May of 2015.

To be fair, the conundrum doesn’t come down to kicking exactly, though that is an unavoidable issue. The conundrum is instead about what New York should do with Brown.

The first option is do nothing. He will have served his suspension by Week 2 and can resume kicking for the team. Brown is a good kicker who the organization just signed for $4 million this offseason. It was a rather extravagant contract for a 37-year-old kicker who the team reportedly knew had had this charge of domestic violence levied against him.

That’s bad news all around for New York. If the team knew about Brown’s charges, why bother with him? It sounds crass, but the dude is just a kicker. Find a different kicker. Right now, there are multiple veteran kickers 90 percent as good as Brown available through free agency. Why bother with him?

This brings up option two for the Giants. They could eat the new contract given to Brown and release him as a PR move following this suspension. That would make them look good on the surface, but it would put them in Roger Goodell-Ray Rice territory of someone backtracking just because of public opinion. Again, the Giants already knew about Brown’s past. They signed him anyway, but now they will release him after the story comes back around? It seems sleazy to both parties to be honest: both the public and Brown.

There’s also the relevance of the actual facts of Brown’s situation. He wasn’t charged with a crime because his now ex-wife “would not speak to investigators and that local police would not provide information about reports of additional incidents. In the end, the NFL said it could consider only one documented incident for which no charges were filed.” That according to ESPN.

It seems like Brown was guilty of far more than one lone incident. I think the Giants should cut the cord and send him on his way. This is kind of an “easy” decision to make analytically for NY. Again, it sounds incredibly insensitive to the parties involved, but the fact remains that he is just a kicker. He has a relatively small guaranteed total owed him and plays one of the more easily replaceable positions in the sport. That makes this a no-brainer for the franchise.

More NYG: What to Watch For in the Preseason