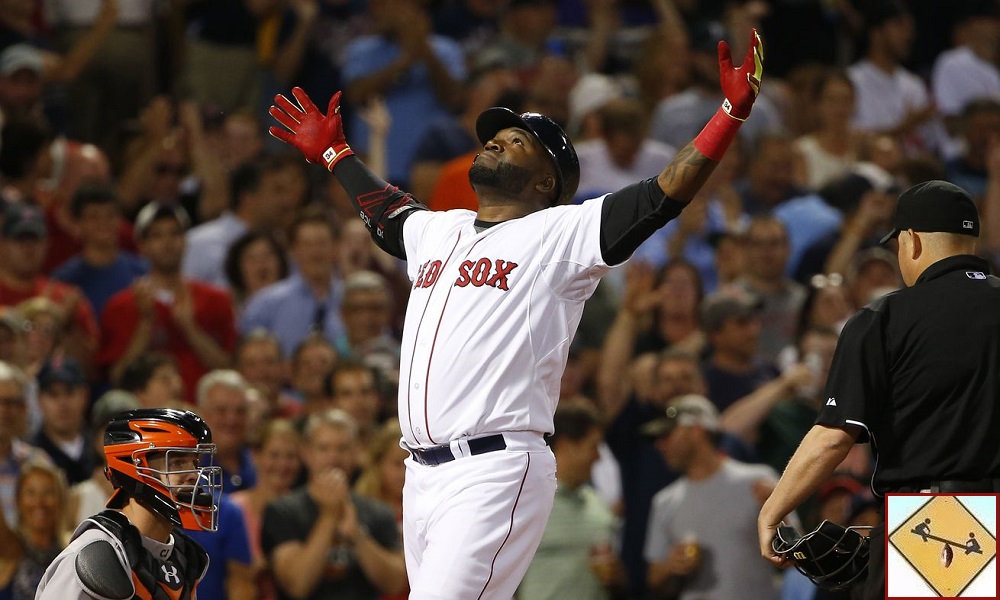 The pack has separated, so who will be this year’s Final Four in baseball? The Chicago Cubs and Texas Rangers seem inevitable, but the Boston Red Sox? MLB Playoff Predictions 2016.

Our purposefully exaggerated view of the New York Yankees’ future last week was probably a bit premature. In all likelihood, they will not factor into the 2016 postseason picture. However, with roughly six weeks remaining in the MLB regular season, that playoff picture is rounding into form. Here is how the seeds would look if the season ended today, August 19. The American League playoff teams would be Toronto, Cleveland and Texas with Baltimore and Boston as the two wildcards. In the NL, Washington, Chicago, Los Angeles, San Francisco and St. Louis would make it. The wildcard pairing is up in the air since LA and SF are tied with 67 wins.

I’m not sure how you feel, but I am not a believer in a number of these playoff hopefuls. I don’t like Cleveland’s offense even though the Indians somehow are second in the AL in runs scored. Michael Brantley has been injured; catcher has been a zero; I don’t believe this Mike Napoli season. I don’t know. Just call me dubious. I don’t believe in the Orioles at all even while Zach Britton may be deserving of AL MVP. Boston’s pitching staff worries me, especially with Stephen Wright sidelined.

In the AL, it is Texas and Toronto. Those are the two best teams. Texas did enough at the trade deadline to put itself in the upper echelon of the league. I thought Houston was going to be in that spot, but things haven’t come together for the Astros this season. Handicap Texas versus Toronto if you can; I’m not sure I can at this juncture.

In the NL, obviously the Cubs are amazing. They have so few flaws people are picking apart their bullpen and left-handed hitting. Get past it people; the Cubs are awesome! That doesn’t mean they will win the World Series because a baseball postseason is too random to always have the best team win, but Chicago is the best team.

Washington is also really good, even with Bryce Harper tailing off in the season’s second half. Do you give the Dodgers or Giants a chance? I don’t. I don’t think either one has enough…though I say that with the caveat that Clayton Kershaw may be back from the disabled list sometime in September.

Texas, Toronto, Chicago and Washington: that’s my final four. You see anything differently?

Oh how you tease me with your MLB Playoff Predictions. The Final Four this season is no slam dunk, despite the top teams separating themselves considerably as the season has progressed. Just as the New York Mets have fallen off a cliff to remove themselves from the post season conversation, I fully expect one of our current second tier teams to make a run and surprise us in September. I’m not about to ignore the facts, but your Final Four is off just a bit.

The American League has been a dogfight at the top all season. Texas has looked the most consistent and I like them to keep playing at a very high level. While I want the Indians to continue this year of Cleveland, I don’t see them reaching the championship series. The same goes for Toronto, as the team atop the AL East has changed more times than seems humanly possible.

If the Blue Jays don’t hold onto the division, I think they get severely handicapped heading into the postseason. I fully expect the three AL East teams to all make it, technically, with one being eliminated in the wildcard round. Yet I think Toronto falls victim to a team that knows it really well, the Boston Red Sox. Something about Boston screams “we will make you regret forgetting we’re really good.” Its David Ortiz’s final season and I believe they have a bit more to play for in the playoffs. Its Boston and Texas in the American League.

I’m not going to remove the Cubs in the National League from the Final Four. They are simply playing too well. Over a seven game series Chicago is certainly winning and will make the championship round of play. The rest of the NL teams are much closer than people think. I like Pittsburgh to overtake St. Louis for the final wildcard spot, although I wish it were the Marlins who would do it. They make for a better story. If Kershaw comes back, then I’m rolling with the Dodgers in the playoffs. But I’m only 50/50 on his impending return, meaning it’s the Giants as our second NL team this season. While Washington has impressed, its San Francisco who has a great playoff track record. The top of their rotation has been stellar and I’m not picking against them.

Texas, Boston, Chicago and San Francisco: that’s my Final Four this season. The playoffs are going to be fun!

More Sports: Are Yankees Baby Bombers Destined to be Greatest Ever?